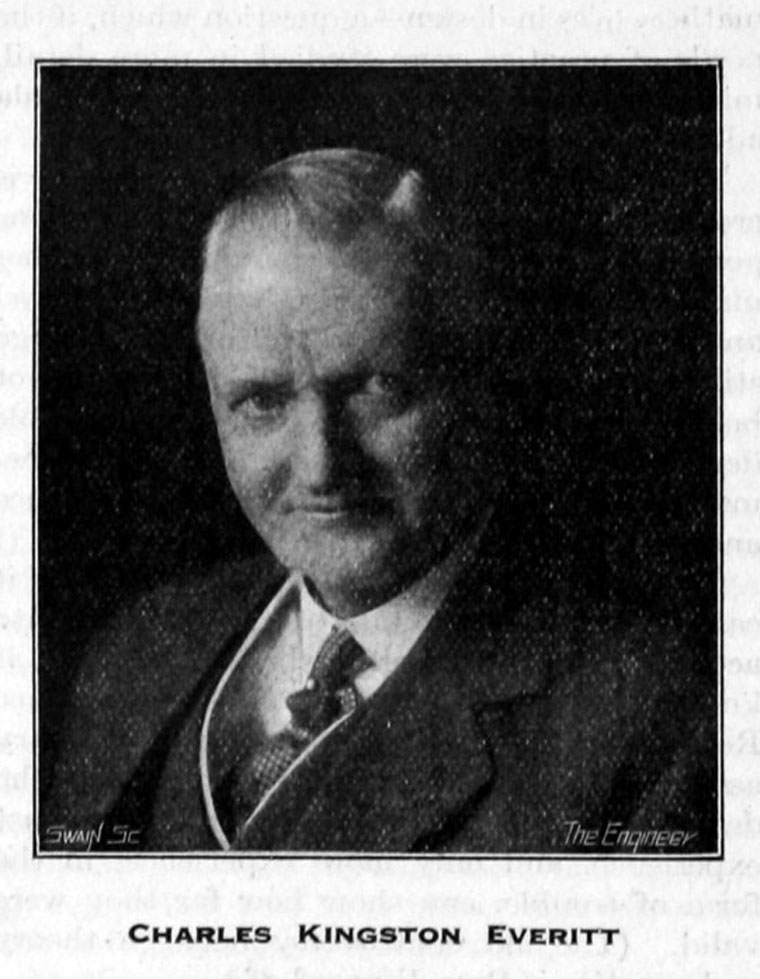 Charles Kingston Everitt was the chairman of Edgar Allen and Co of Imperial Steel Works, Tinsley, Sheffield. He was a pioneer of many metallurgical improvements in the manufacture of high-quality steel and played an important role in introducing the Heroult electric arc steel-melting furnace into this country.

Mr Everitt introduced the high-frequency induction steel melting furnace, which was put into operation at the Imperial Steel Works in 1927, and was at that time one of the first induction type furnaces to be used for the manufacture of high-grade tool steel anywhere in the world.