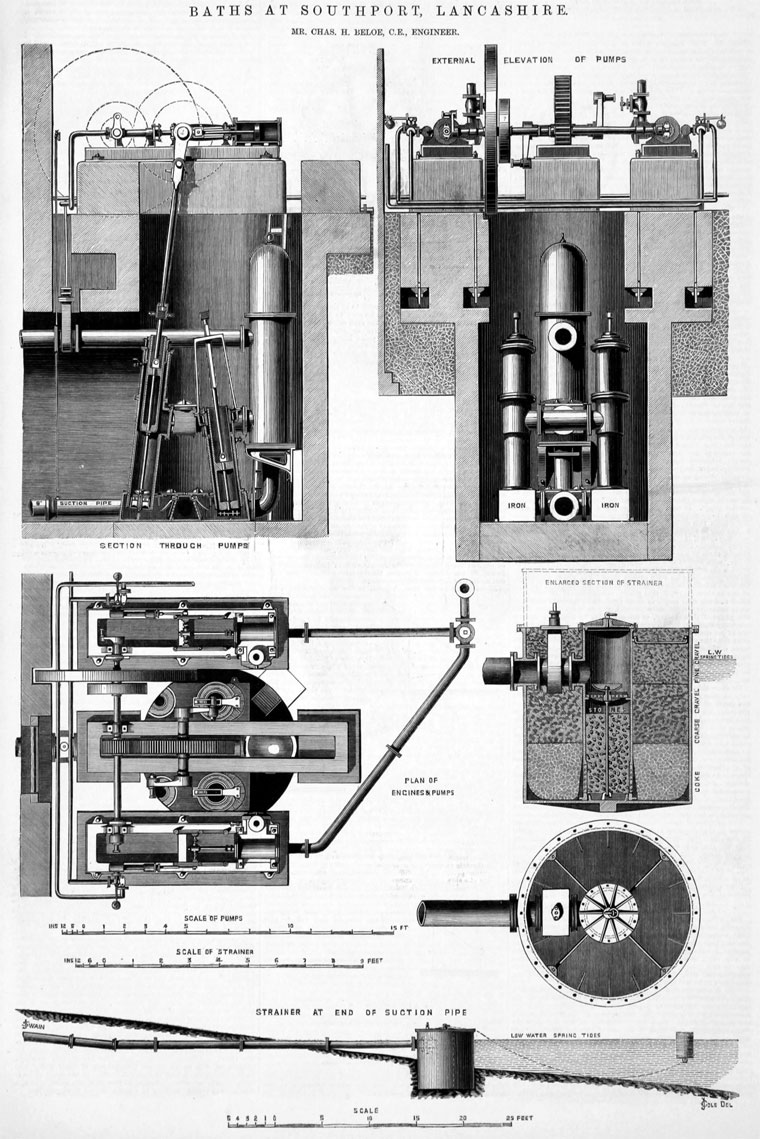 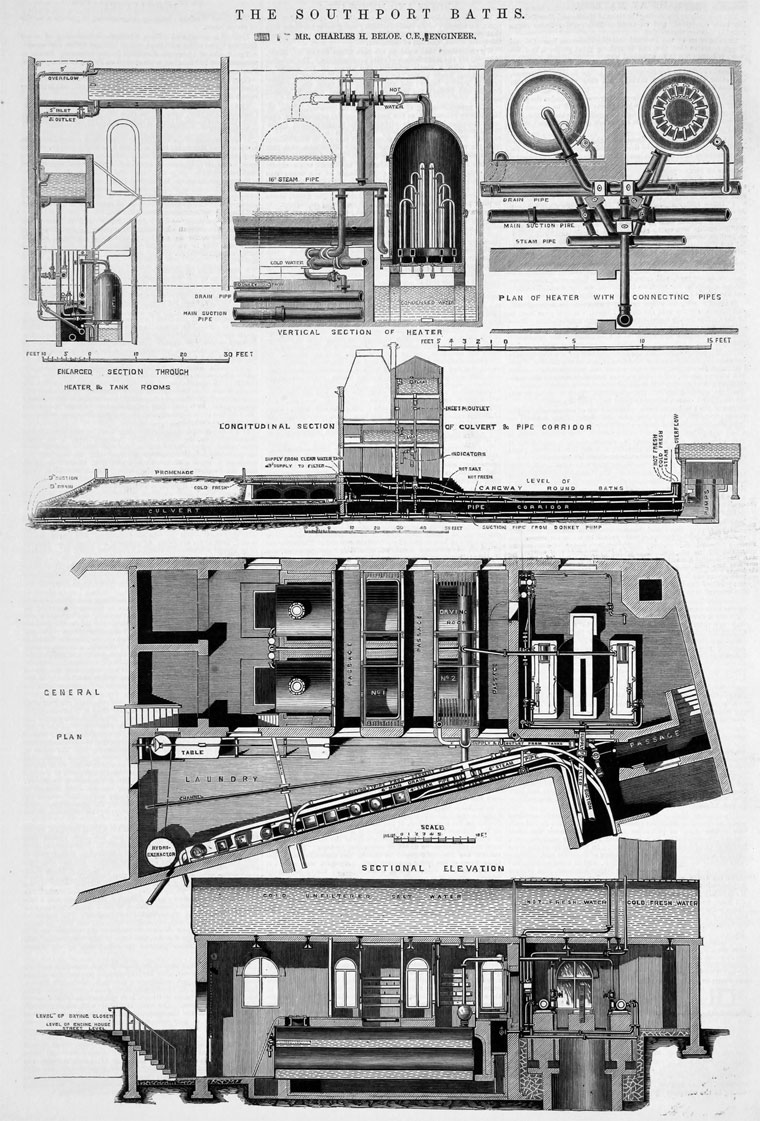 CHARLES HENRY BELOE, only son of the late Mr. Henry Christie Beloe, J.P., of Liverpool and Leamington, was born in Liverpool on the 19th July, 1843.

He was educated at private schools at home and in Brussels, and finally at the Polytechnic College, Hanover. After serving a few months in Messrs. Laird's shipbuilding yards at Birkenhead, he was articled in 1860 to Mr. R. S. Norris, at that time Engineer of the Northern Division of the London and North Western Railway.

On the resignation of Mr. Norris in 1862, he was transferred to the head office of the company at Euston, and there completed his pupilage in 1865 under Mr. William Baker, the then Engineer-in-Chief. During the following three years he remained with the London and North Western Railway Company as Resident Engineer in charge of several branch lines

Having resigned his appointment at Euston in 1868, Mr. Beloe entered into private practice in Liverpool, and in association with Mr. Duncan, then Engineer to the Liverpool Waterworks, designed and carried out waterworks for the town of Warrington. During the first year of his private practice he submitted a design for new docks at Greenock, and for it obtained the third place in a list of 170 competitors.

In the same year he was entrusted with the construction of waterworks for the town of Rhyl. Water and sewerage works continued to engage much of his attention throughout his career, and in 1877 he was offered the post of Water Engineer to the City of Adelaide by the Government of South Australia, but declined the appointment for private reasons.

In the same year he became Engineer to the Wirral Rural District Council, for which he carried out many important sewerage and other works. In 1879, on behalf of Mr. J. Quick, he visited Vienna, and designed reservoirs for the proposed Vienna (West) Waterworks.

When street tramways began to engage serious attention, about the year 1872, Mr. Beloe was called on to advise several councils and companies as to their construction, and subsequently laid many systems in the neighbourhood of Liverpool, and in other towns of Lancashire and Yorkshire.

In the Parliamentary Session of 1874 he was invited by Mr. R. S. Norris, his old chief, to assist in the promotion of the Wigan Junction Railway Bill, and shortly after was appointed engineer to the railway when weight of years compelled Mr. Norris to resign. He carried that line to a satisfactory completion, and in 1884 it was opened for passenger traffic by the Manchester, Sheffield and Lincolnshire (now the Great Central) Railway.

Mr. Beloe was a regular attendant in the Committee Rooms of the Houses of Parliament, in the business of which he took keen delight, and was frequently called on to give evidence in important law and arbitration cases affecting engineering matters.

To the literature of engineering he contributed a “Handbook of the Liverpool Waterworks,” and “The Construction of Catchment Reservoirs.” He also wrote much for the technical press, and acted as Special Commissioner in the United States to one of the leading engineering journals. The last work on which he was actively engaged was a scheme for the water-supply of Prestatyn in North Wales, now being carried out, which he successfully piloted through Parliament in the autumn of 1901.

On two occasions he delivered lectures on the “Purification of Water and Sewage” to the school of Military Engineering at Chatham.

In the limited leisure of a busy life Mr. Beloe found time for much work outside his professional practice. Thus he acted as Honorary Secretary to the Liverpool branch of the National Lifeboat Institution, and designed several tubular life-boats for that service. For a model of a steam life-boat he was awarded a silver medal at the Liverpool Exhibition of 1886. On two occasions he held commissions in the volunteer service; first, when a young man, in the 1st Lancashire Royal Engineer Volunteers, and afterwards, on the formation of the corps of Submarine Miners, when he became Captain of the Mersey Company. For some years he was Rear-Commodore of the Royal Mersey Yacht Club.

He took an active part in the administration of charitable institutions and in schemes for bettering the condition of the poor. Latterly he gave much attention to local affairs, and for ten years sat on the City Council of Liverpool, where his professional attainments gave much weight to his speeches and work.

For some years his health ad been indifferent, and in November, 1901, he received the first of a series of paralytic strokes from which he made some appearance of recovery. In the following May, under medical advice, he made a visit to Egypt, from which, however, he did not derive much benefit.

Mr. Beloe was elected a Member of the Institution on the 1st April, 1873.