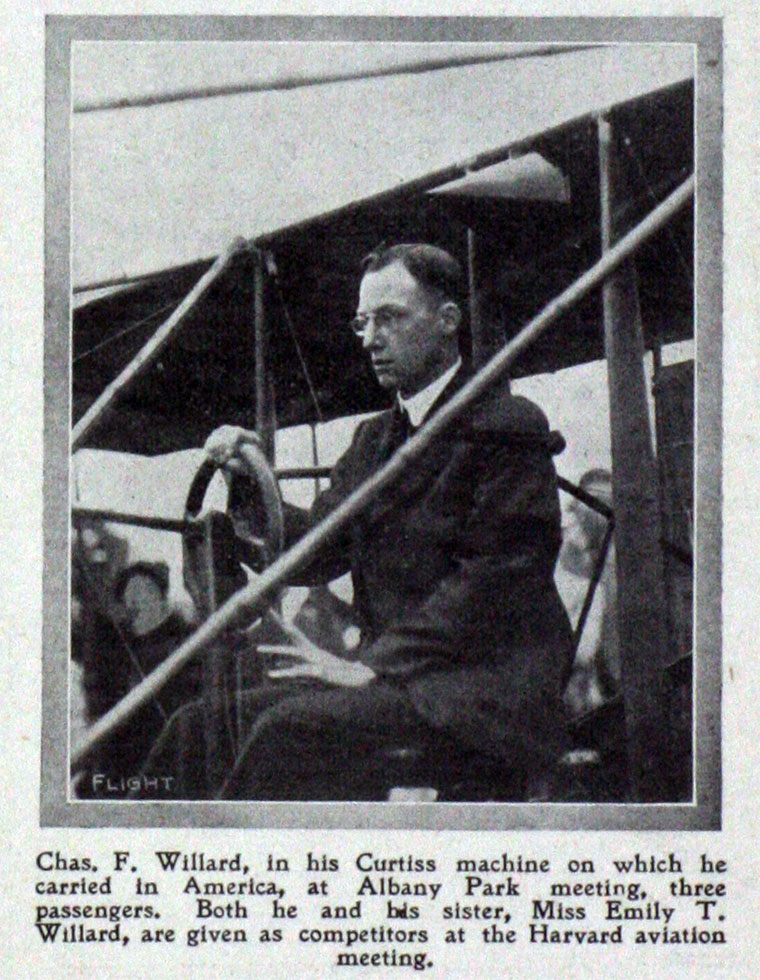 (1883-1977). Harvard graduate, racecar driver and early aviator, one of the first students taught to fly by Glenn Curtiss.

L.W.F model F Tractor plane. The The L.W.F Company was named after its founders, Edward Lowe, Charles Willard, and Robert Fowler and was formed in 1915 in the U.S. The Model F first flew in August 1917. Exhibit in Prague flight museum.

CHARLES F. WILLARD (1883-1977). Harvard graduate and racecar driver, one of the first students taught to fly by Glenn Curtiss, piloting a Curtiss Golden Flyer in 1909. The next year at the Los Angeles Air Meet he won the spot-landing contest and picked up $250 in prize money. Willard became the chief engineer for Glenn Martin and designed flying boats with Curtiss.

The first flight in Vermont was made by Charles F. Willard of New York at the Caledonia County Fairgrounds in St. Johnsbury on September 24, 1910.