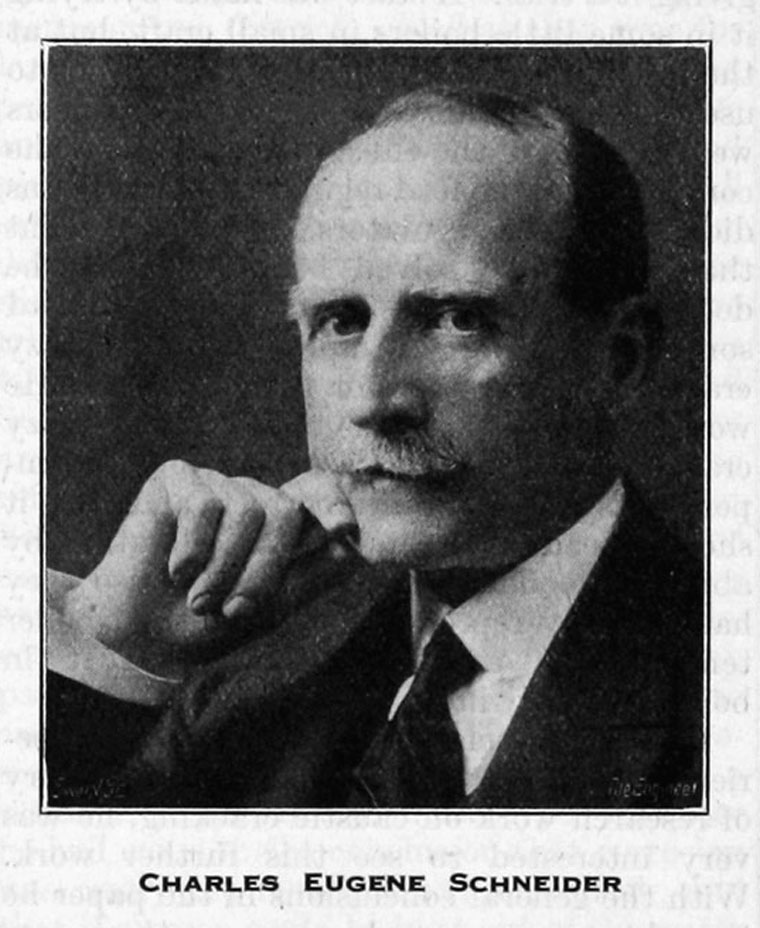 CHARLES PROSPER EUGENE SCHNEIDER was born at Le Creusot, France, on the 29th October 1868, and died in Paris on the 17th November 1942.

He was taken into partnership by his father, the late M. Henri Schneider in 1887, and on the death of the latter in 1898 became the sole head of the great French armament works at Le Creusot.

He also controlled numerous other arsenals, shipbuilding yards, iron mines, and blast-furnaces in France and Spain....[more]