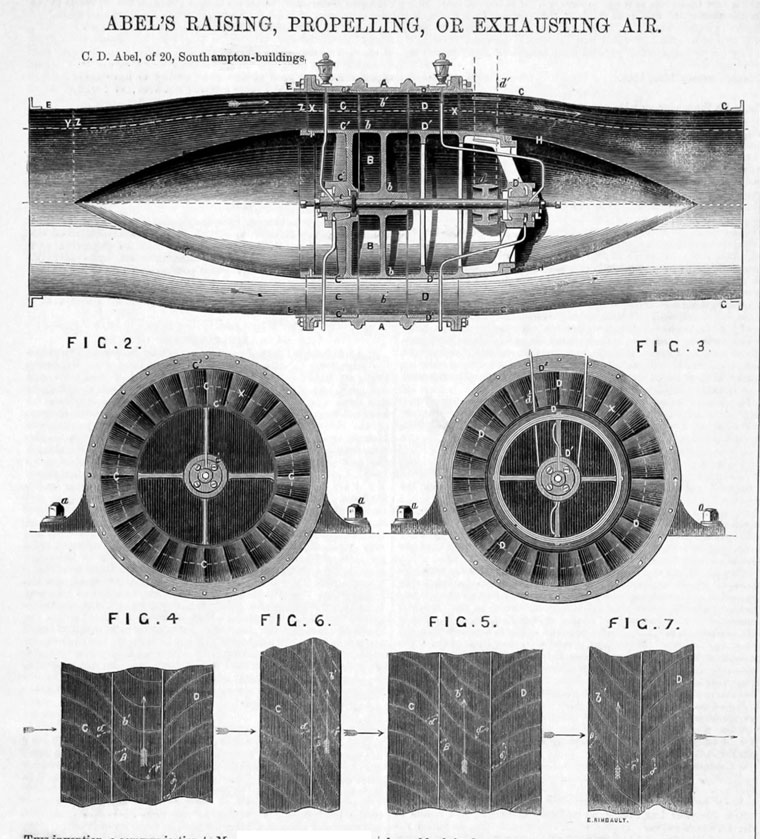 1881 Patent for improvements in bicycles and tricycles [2]

CHARLES DENTON ABEL was born in London on 18th March 1831.

At the age of fifteen he went to Nuremberg, where he attended the Gymnasium; subsequently he studied at Carlsruhe.

On his return to London in 1852 he entered Somerset House as a draughtsman, in which position he remained until 1856, when he commenced business as a consulting engineer and patent agent in partnership with Mr. Charles Cowper.

After the death of the latter, Mr. Abel was for some years in business by himself, subsequently entering into partnership in 1877 with Mr. Oliver Imray.

He was one of the founders of the Chartered Institute of Patent Agents, and was a Member of the Council from its commencement in 1881 until his death, being President from 1897 to 1899.

His death took place at his residence in Blackheath, London, on 27th August 1906, at the age of seventy-five.

He became a Member of this Institution in 1861.