Statue outside the school he attended in Shrewsbury. Photographed in 2010. 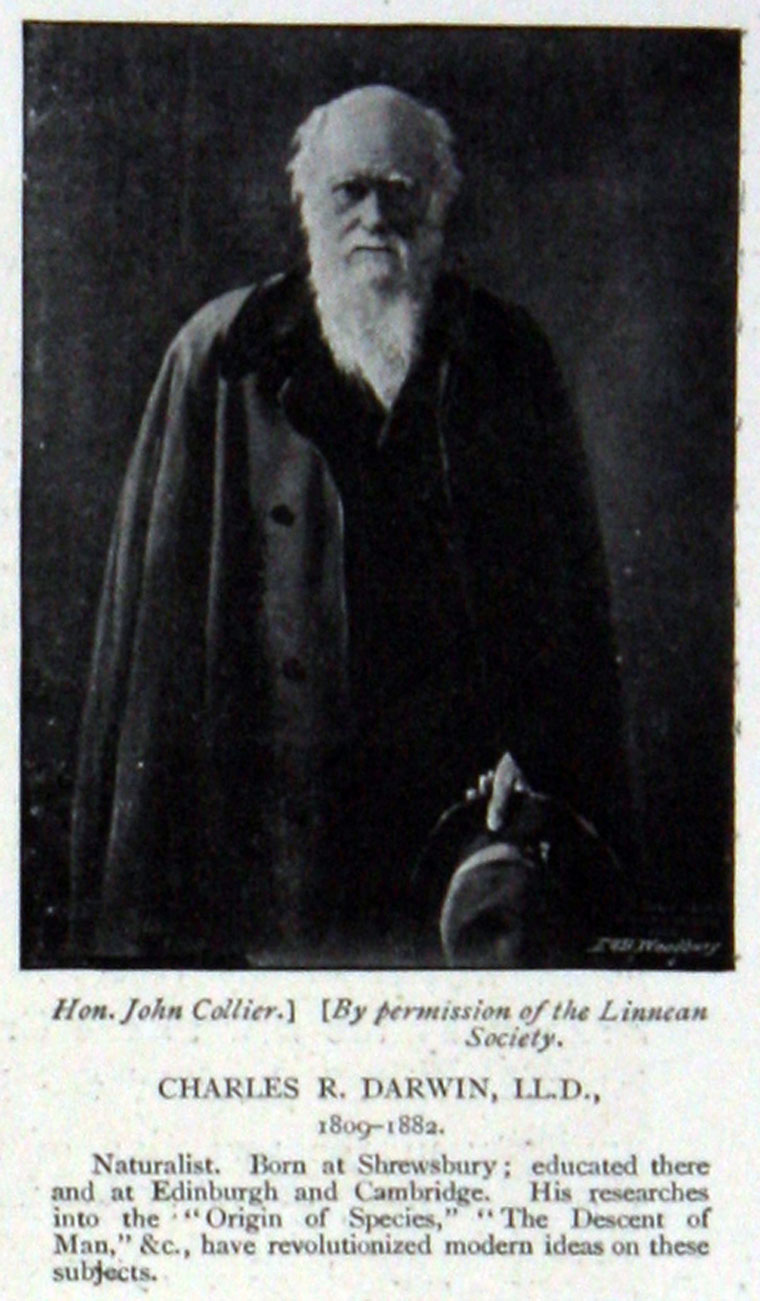 Charles Robert Darwin (1809-1882) was an English naturalist whose theory of evolution by natural selection became the foundation of modern evolutionary studies.

Darwin was the second son of society doctor Robert Waring Darwin and of Susannah Wedgwood, daughter of the Unitarian pottery industrialist Josiah Wedgwood.

Victorian society was shocked by his suggestion that animals and humans shared a common ancestry.

Darwin formulated his bold theory in private in 1837–39, after returning from a voyage around the world aboard HMS Beagle.

1859 He published On the Origin of Species.

Darwin wrote his autobiography between 1876 and 1881. It was composed for his grandchildren, rather than for publication, and it was particularly candid on his dislike of Christian myths of eternal torment. To people who inquired about his religious beliefs, however, he would only say that he was an agnostic (a word coined by Huxley in 1869).

1882 Suffering from angina, he looked forward to the end of his life. He had a seizure in March, and died of a heart attack on 19 April.