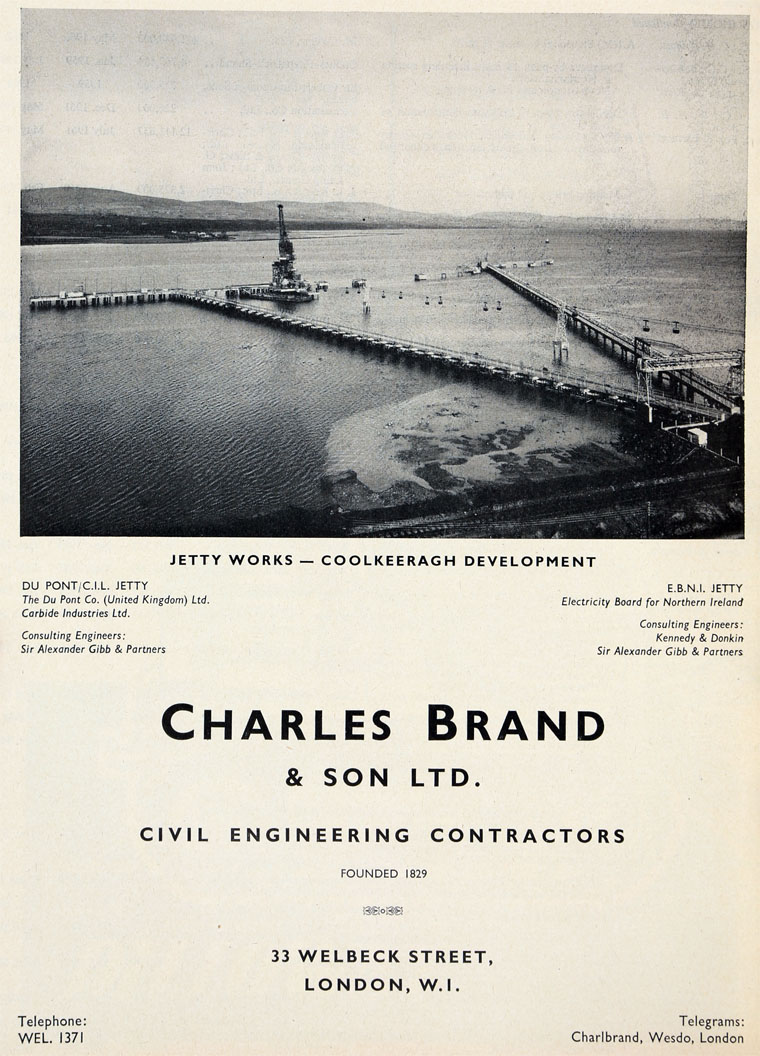 of Glasgow. aka C. Brand and Son

c.1852 Purchased a crane from Bowser and Cameron, followed by several more; this type became known as the Glasgow Crane.[1]

1889 Completed the contract for Cowdenbeath and Kelty section for the North British Railway.[2]

1909 Contract for extension of Kirkaldy Harbour

1926 Built the tunnels and installed escalators at the new Clapham South, Balham and Trinity Road stations for the Morden extension of the City and South London Railway, on the London Underground network.

1927 Contract for the construction of a new entrance to the South-West India Dock, London

1939 Work in connection with the proposed Dartford-Purfleet Tunnel

1973 Responsible for the contract from the Northumbrian River Authority for the Tyne Siphon Tunnel.[4]