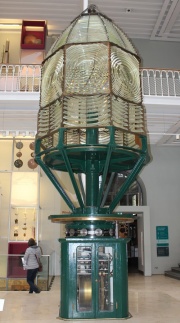 1889 dioptic lens from Inchkeith lighthouse, at the National Museum of Scotland 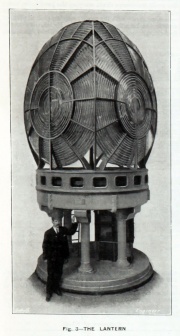 The lantern at the Cape Race Lighthouse. 1907. 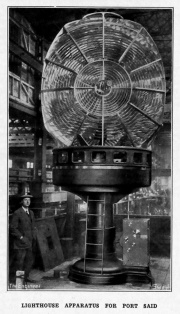 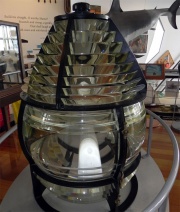 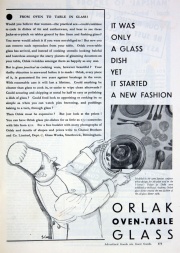 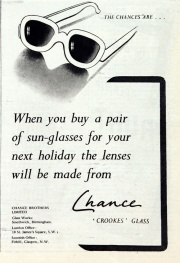 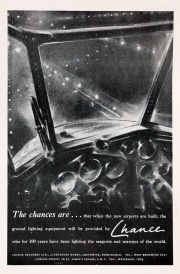 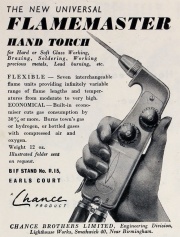 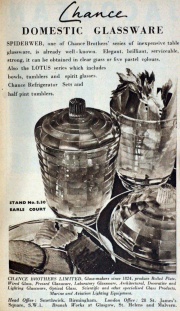 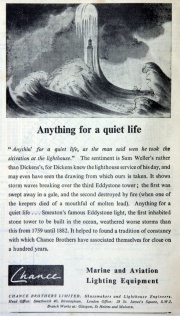 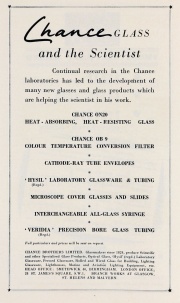 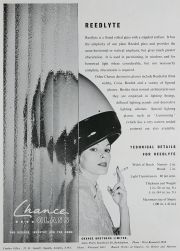 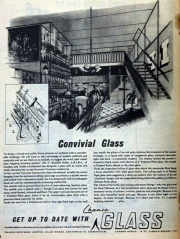 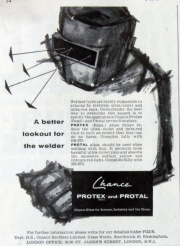 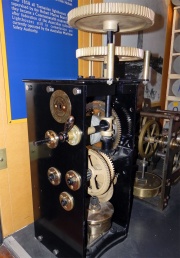 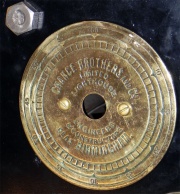 of Birmingham and Glasgow.

1832 The company soon ran into difficulty and its survival was guaranteed by investment from William Chance and George Chance who owned a successful iron merchants in Great Charles Street, Birmingham. They became partners in the business, now called Chance Brothers and Co.

In 1832 they made the first British cylinder blown sheet glass with the expertise of Georges Bontemps, a French inventor from a glassworks in Choisy-le-Roi.

1834 Robert Lucas Chance introduced improved cylinder glass sheet, using a German process to produce finer quality and larger panes. The process was used extensively until early in the 20th Century to make window glass. From this period onwards machines were developed to automate the production of obscured glass and later, window glass.

1834 The brothers, James Hartley and John Hartley, were taken into partnership by the Chance brothers to form Chance and Hartley.

1835 Chance and Hartley had begun chemical manufacture at Smethwick when analyst Richard Phillips invented a new method of making saltcake. To develop the process and to provide more space at Smethwick for glassmaking, they bought land in Oldbury, Worcestershire. Chemical manufacturing was moved to Oldbury, which was to become Oldbury Chemical Works, the largest chemical works in the Midlands.

1836 the Hartley brothers left Chance and Hartley (which then became Chance Brothers and Co) and moved north to Sunderland to set up their own business James Hartley and Co.

1836 James Timmins Chance was obliged, on leaving Cambridge University, to join his uncle, Robert Lucas Chance, and his father, William Chance, in their glassworks at Spon Lane, Smethwick. While still at Cambridge, J. T. Chance had invented a process for polishing sheet glass to produce a ‘patent plate’ [1].

1837 The Chance glass company in Smethwick provided 1.2m lengths of glass for the Great Conservatory at Chatsworth, whereas up to this point only 0.9m lengths had been possible. They went on to produce glass for both Crystal Palace and the Palace of Westminster [2].

1851 Chance Brothers and Co made the glass for the 1851 Great Exhibition. Other projects included the glazing of the Houses of Parliament, and the white glass for the four faces of the Westminster Clock Tower (being the only firm at the time able to make such glass). The ornamental windows for the White House in America were also made by Chance Brothers and Co. Other products included stained glass windows, ornamental lamp shades, microscope glass slides, painted glassware, glass tubing and specialist types of glass.

1851 After the excise duty on glass had been removed (in 1845), followed by the abolition of the window tax in 1851, Chances, and the other 2 firms which already made sheet glass (Pilkingtons and Hartleys) drove the longer-established crown glass producers in the north-east out of business.

1854 Patent. '1217. And James Timmins Chance, of the Glass Works, near Birmingham, in the county of Warwick, has given the like notice in respect of the invention of "improvements in machinery for roughing or preparing the surfaces of glass."— A communication'[5]

1860 J. T. Chance joined Michael Faraday, acting for Trinity House, in experimenting with the company's light at the Whitby southern lighthouse, which led to improvements in the process that the company used for setting up such lights [7].

1862 William Siemens was experimenting with his concept of the regenerative furnace, aiming to find materials and methods of construction able to withstand the great heat produced. Many of the early failures to achieve this had resulted in the destruction of the furnace itself, or of its accessories. The idea of substituting gaseous fuel for solid fuel seemed to have merit; the solid fuel would be converted into combustible gases in a separate construction called a "gas producer." A patent was secured, and gas furnaces were constructed, some of which reduced fuel consumption by fifty per cent. Chance Brothers and Co quickly had 13 of the furnaces in use, together with a special one for optical lighthouse lenses, something which required especial care and quality. Siemens explained the furnace to Faraday, who lectured on it at the Royal Institution, that being the last address he ever delivered. The regenerative gas furnace soon became a financial success from its enormous saving of fuel. The furnace was awarded a Grand Prize at the Paris Exhibition of 1867.

1873 Optics for Longstone lighthouse, Farne Islands. (Exhibit at Birmingham Thinktank museum). Chance Brothers and Co became a major lighthouse engineering company, producing optical components, machinery, and other equipment for lighthouses around the world. James Timmins Chance pioneered placing lighthouse lamps inside a cage surrounded by Fresnel lenses so as to increase the available light output; these cages revolutionised lighthouse design. Another important innovation from Chance Brothers and Co was the introduction of rotating optics, allowing adjacent lighthouses to be distinguished from each other by the number of times per revolution that the light flashes. John Hopkinson, the noted English physicist and engineer, invented this system. Hopkinson had taken over the running of the business from James Chance.[8]

c.1880 The development of the MacArthur-Forrest process for extracting gold from low-grade ore and mine tailings using cyanide excited the interest of a number of companies including Chance Brothers

1894 Albright and Wilson and Oldbury Alkali Co, neighbours in Oldbury and both engaged in the production of cyanide, decided to join forces in that business. A small subsidiary, British Cyanides Co Ltd, was formed under the chairmanship of Alexander Chance, and a plant was constructed on a piece of land adjacent to both companies. They experienced difficulties in converting sulpho-cyanide into cyanide. When the South African War broke out in 1900, the largest market for cyanide disappeared and all but 2 of the British suppliers left the business, one of the surviviors being British Cyanides Co.

1898 The Oldbury Alkali Co amalgamated with a similar firm of long standing, W. Hunt and Sons of Wednesbury, to become Chance and Hunt, under Alexander M. Chance's chairmanship[11].

1914 By February the company had become the only one making optical glass in the UK [13], even though this was done at a loss; after the start of the war, increase production 20 times [14].

1920 May - Aerial Lighthouses. Article and illustrations in The Engineer. [17]

1937 Lighting equipment for aerodromes and airways. [18]

1939 A new subsidiary trading as Umbroc Ltd., was established at St. Helens to manufacture optical glass.

1945 Pilkington acquired a 50% shareholding in Chance.

By 1952 Pilkington had assumed full control of Chance Brothers

The production of flat glass ceased at Smethwick in 1976. The remainder of the works closed in 1981, ending over 150 years of glass production at Smethwick.

The remaining glass tube processing was moved to Malvern where the operation was incorporated as an arms-length subsidiary of Pilkington, under the old name Chance Brothers Ltd. Since then the company has continued to develop its range of products and capabilities.

In 1992, during a period of rationalisation at Pilkington, Chance became an independent company, changing its registered name to Chance Glass Limited, but retaining the historical Chance logo. Further processes have since been added.

'The Chance Glassworks is one of the most important industrial heritage sites in the Country. We want to save the site for the nation, creating a vibrant environment for business and the local community.' See the Trust's website. The old scaffolding-clad Smethwick factory is a familiar sight to users of the M5 motorway.