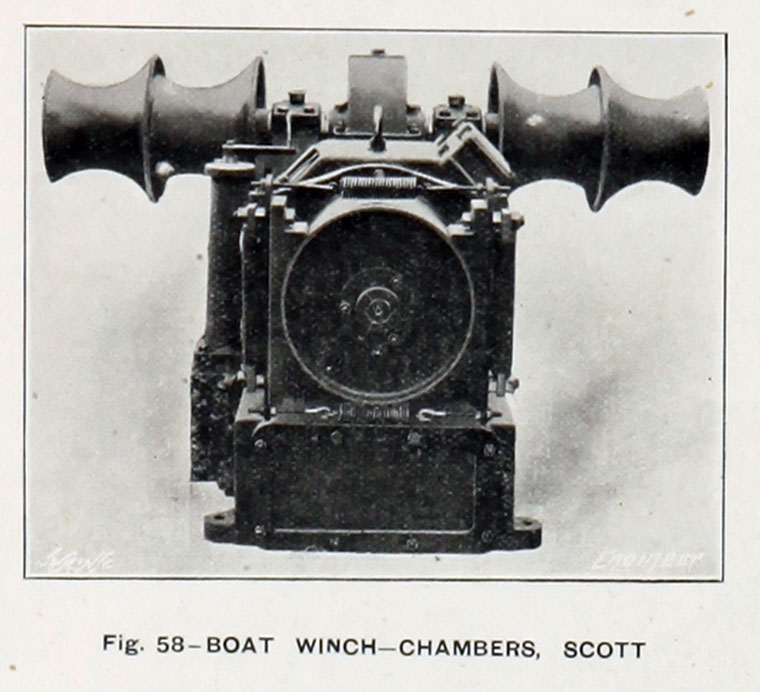 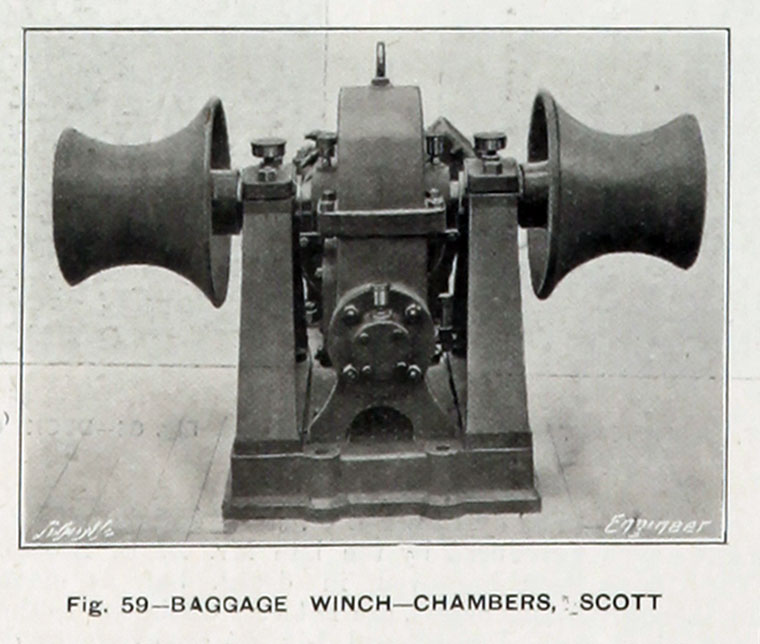 c1926. Large steam rail crane two of which were supplied to the South Australian Harbor Board for the Port of Adelaide in 1926. (Photo credit: Richard T Horne).

Summerlee Museum, Coatbridge, have a preserved steam winch used for sinking coal mines. This was built around 1900, maybe earlier.

1911 Supplied electric winches to the RMS Olympic and RMS Titanic.

1913 They supplied an electric winch for the steam yacht Sapphire that year. 1918 Contracted by the US Military to build a batch of 2' gauge hand cranes to a French Army design of Col. Pechot - there is doubt that these ever were shipped to France. They were advertised for surpus sale from a US base in Slough; two were bought by the SR and went to the Lynton and Barnstaple Railway; one, via Col. Stephens, to the Ffestiniog Rly.

1926 Motherwell Times of 31 December 1926, recorded a very serious fire at the company’s premises. This incident may in fact have brought the business to and end. [1]