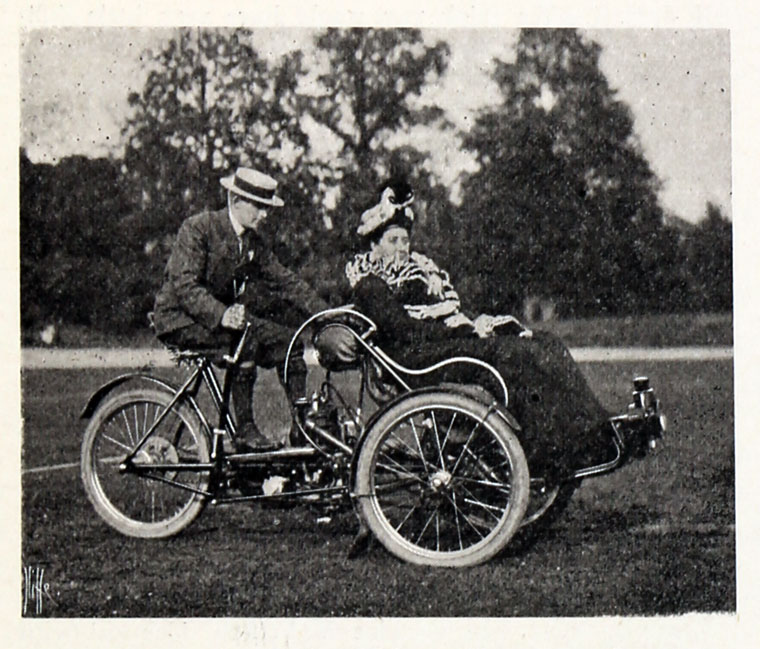 This firm was best known for its Tandem model. This was a fairly typical and cumbersome machine of forecar design.

1904 The company used a 5hp Aster engine, driving a countershaft by chain. The rear axle was driven by one of two chains, to give high and low speeds. A lever on the right acted as steering, by moving it to and fro. There were also some controls that the passenger could reach. Also listed was a tradesman's carrier model.

1905 A steering wheel appeared as the standard fitting for a car, but the make soon vanished as the cyclecar took over. Also used Minerva and MMC engines