Headgear, with B. and S. Massey pneumatic hammer in foreground 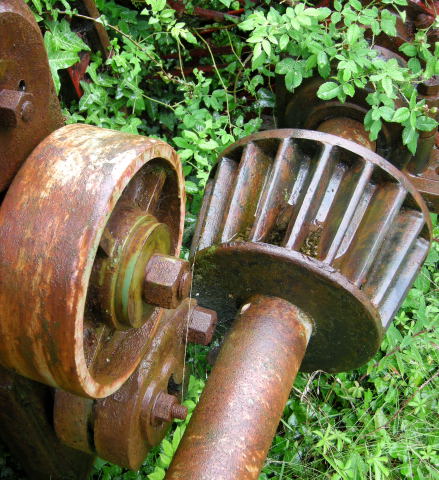 1978. Before Retoration Locomotive 4WDM Hunslet No HE8812 Now looked after at the museum 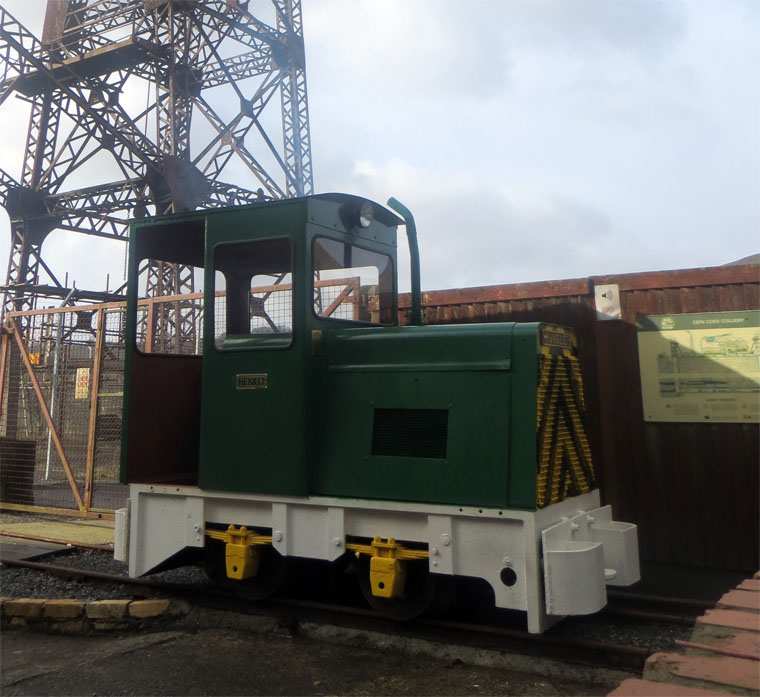 The museum is near Crynant in South Wales, 5 miles North of Neath on the A4109 at Neath Road, Crynant, Neath Port Talbot, SA10 8SN.

Two sets of headgear have been retained, together with one of the original winding engines (built by Worsley Mesnes in 1927). There are also two smaller winding engines by Andrew Barclay and Llewellyn & Cubitt, a large Belliss & Morcom air compressor, six Lancashire boilers, a heavily restored Neath gas tram, a large model railway layout, and a collection of artefacts and displays relating to mining in the area.

2015 The Hunslet locomotive (pictured on the right) was purchased new to Abernant Colliery in 1978 (Cwmgorse South Wales) then later transferred to Cefn Coed colliery in 1988 for preservation. Unfortunately no work was carried out to preserve the engine and consequences of this it was exposed to the elements for many years which resulted in a rapid deterioration. The Friends of Cefn Coed took on the project and restore it to full operating condition. This undertaking was all achieved and rebuilt over a twelve month period and the Engine now runs under its own power over a section of rail from its new shed to a buffer stop sited within the colliery yard at the museum.