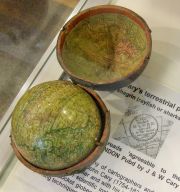 Pocket globe made by J. and W. Cary, on display at Honiton Museum 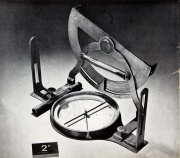 Cary Compass, possibly an earlier model only repaired by this company.

Early 19thC. pocket sextant, used for producing maps for the Duke of Wellington. On display at the London Science Museum 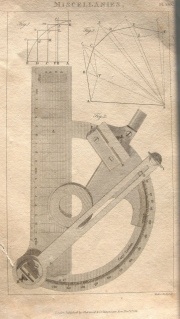 William Cary of The Strand, London.

1802 The East India Co commissioned a large theodolite from William Cary. It was used in India from 1802, remaining in use until 1874.[2]

1834 Advert: 'To MECHANICAL MILLWRIGHTS. WANTED, a Foreman and Manager an extensive Concern in the above line : a person who has worked his way up from the bench through the different branches of his business,and is in every way qualified for such a situation, will find it well worth his notice.—Letters, (post paid) with real names and references, may be addressed to A. B. at Messrs. Cary’s. Mathematical Instrument Makers, Strand, London, on or before the ninth day of January, will be immediately attended to.'[4]

William Cary was responsible for marketing much of the malleable platinum produced by William Hyde Wollaston. Customers included Thomas Young. In 1788 W H Wollaston's father, Rev Francis Wollaston, wanted a transit circle made to his own design, and tried without success to have it made by Jesse Ramsden and then Edward Troughton. Three years later, William Cary was recommended to Wollaston, and he produced the instrument and installed it at Rev. Wollaston's home in Chislehurst. Cary had served an apprenticeship under Ramsden.[5]