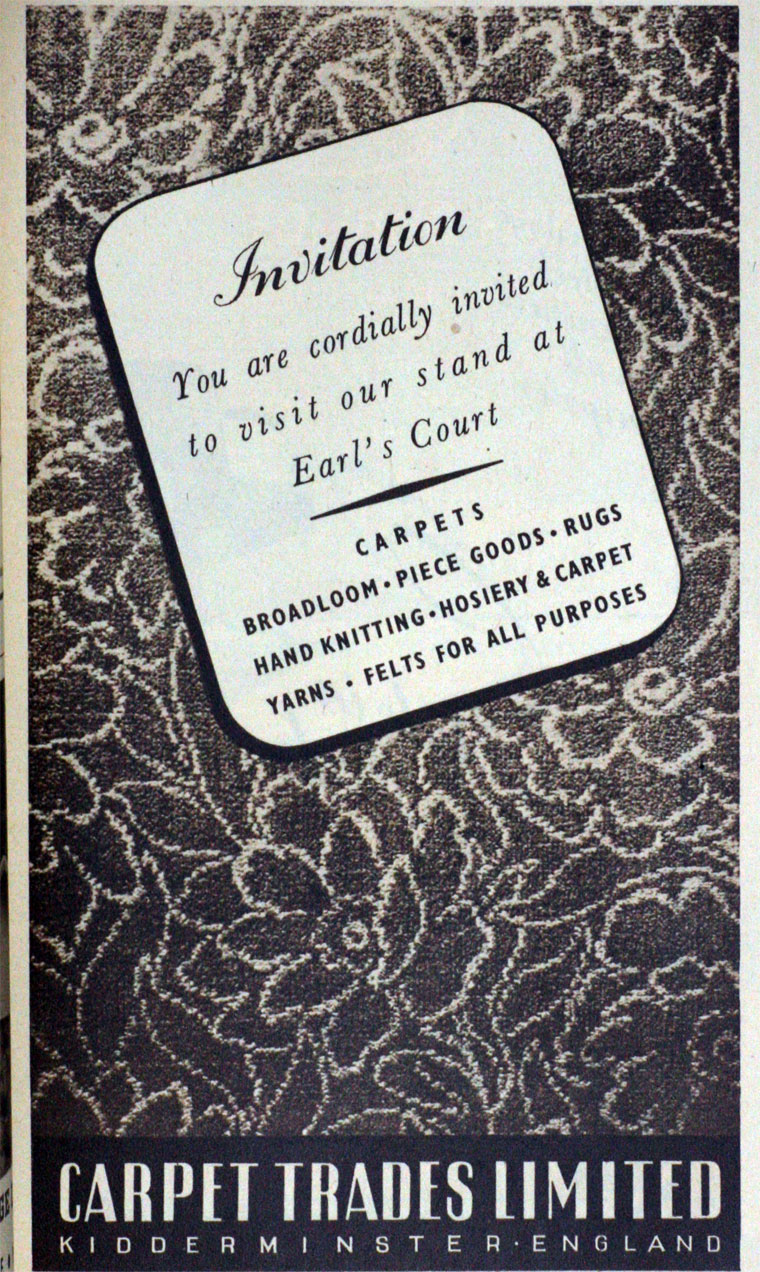 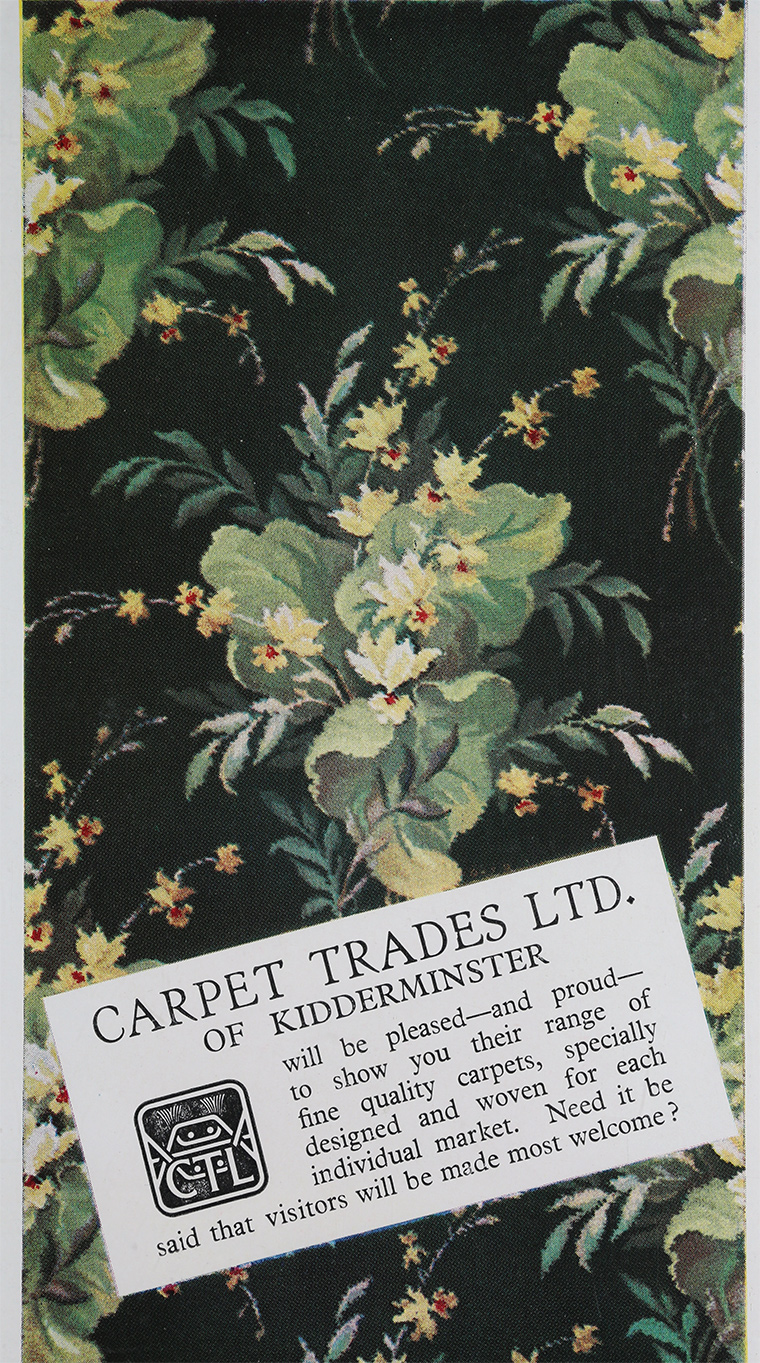 1936 Public company incorporated. The company owned several old established businesses and was one of the largest businesses in the British carpet trade[1]:

A. J. Pyrah was one of the directors of the new company.

WWII Carpet production was halted; the company switched to making a variety of products including webbing, blankets, felts for aircraft, packing disks and washers for shells, yarns for military battledress, engineering products, small arms ammunition and shells, and packaged stores to be dropped to partisans[2]

1947 A. J. Pyrah retired from the board after 27 years with the company and its predecessors[4]

1950 Alan Pyrah joined the board