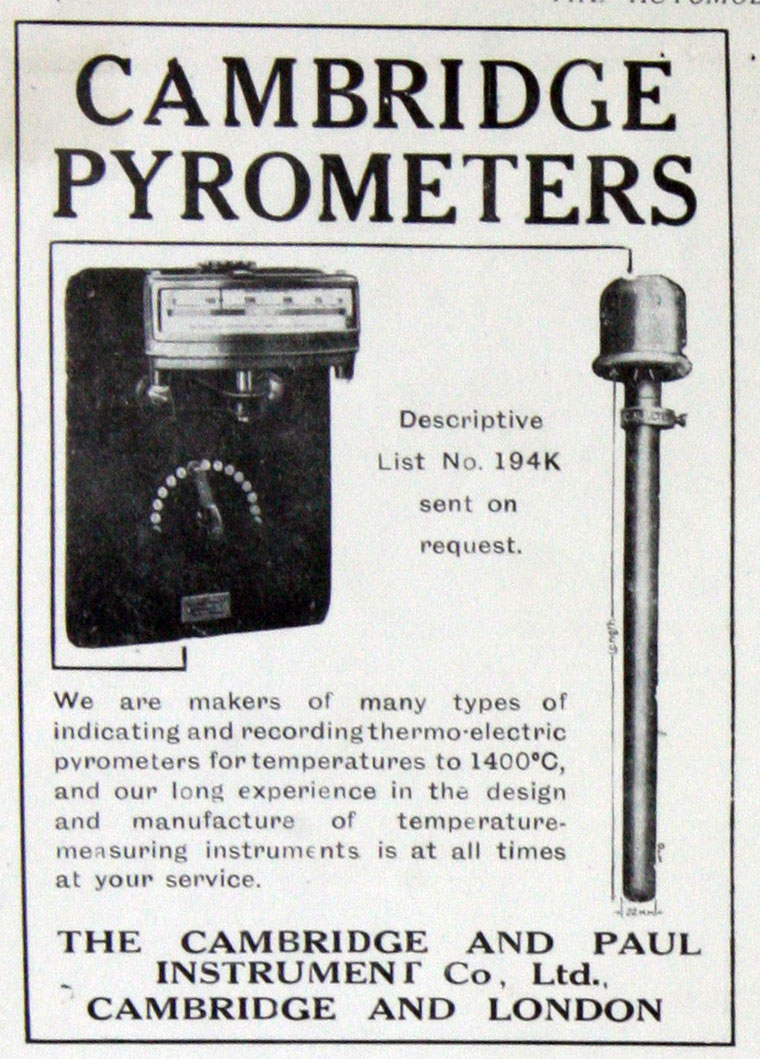 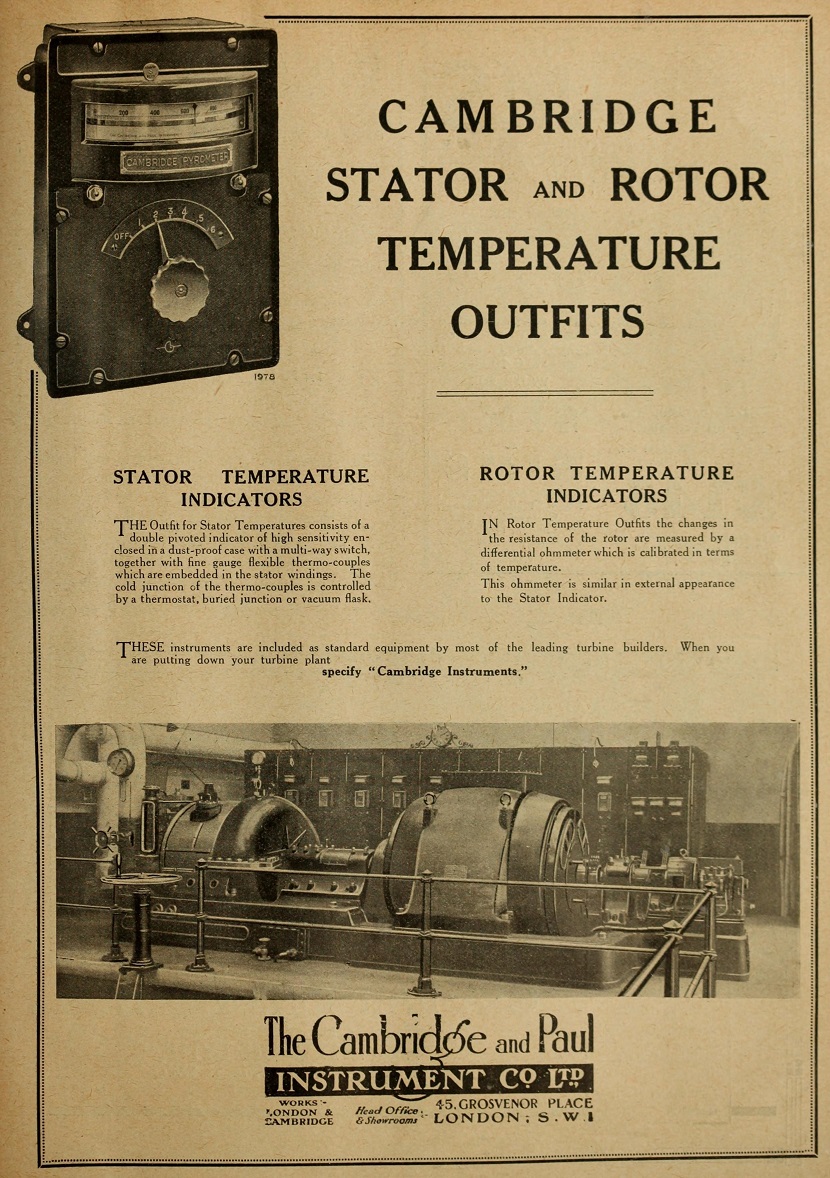 of Cambridge and Muswell Hill, London

1920 September. Exhibited at the Machine Tool and Engineering Exhibition at Olympia with CO2 recorders

1921 Supplied a recorder to J. and A. D. Grimond to monitor the reliability of 50 textile looms in their mills[1]

1922 The 'Collins Micro-Indicator for High Speed Engines' was patented in 1922 by W. G. Collins, director of the Cambridge & Paul Instrument Co. A very small piston moved a stylus to engrave diagrams on a small celluloid disc. An solenoid acted to press the stylus against the disc. The diagrams were only about 3mm long, with a maximum height of about 2.5mm, so a magnified image was projected onto a screen using a projector in a readily portable case. [2].

1924 Change of name to Cambridge Instrument Co when it became a public limited company status.