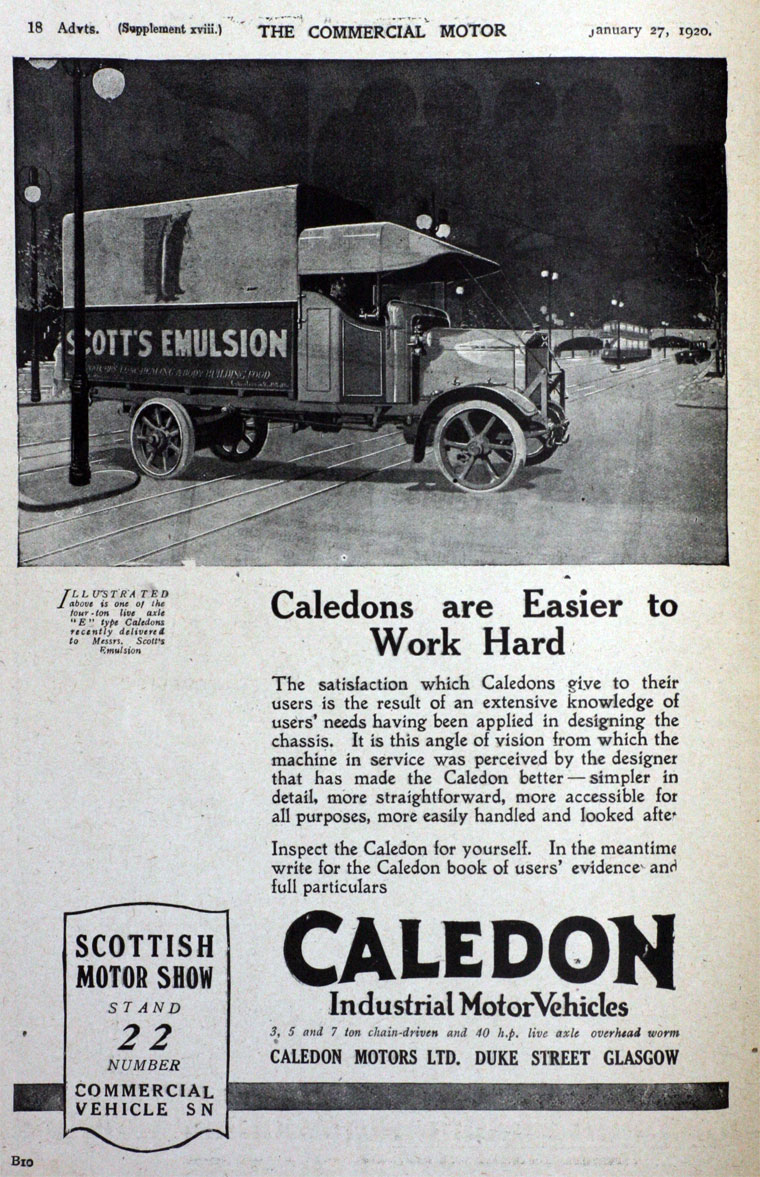 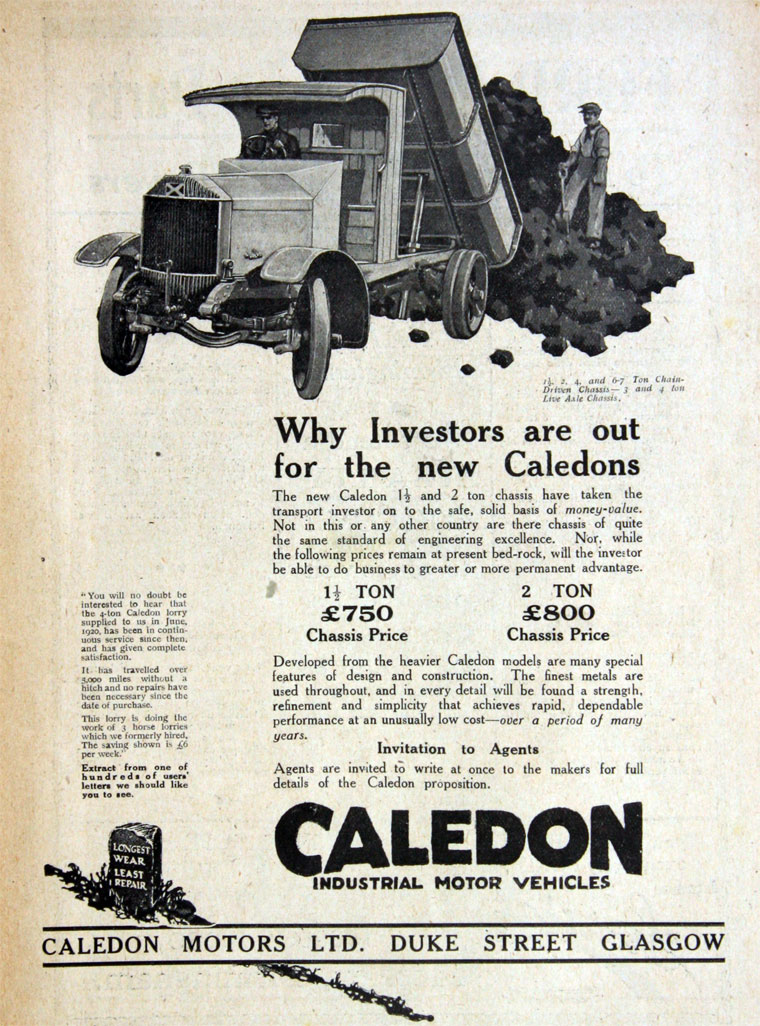 See Scottish Commercial Cars for the origin of the company

1915 Selling the Caledon, a bonneted chain-driven four-wheel lorry with a Dorman engine

Later built heavier trucks with engines from Buda and Hercules