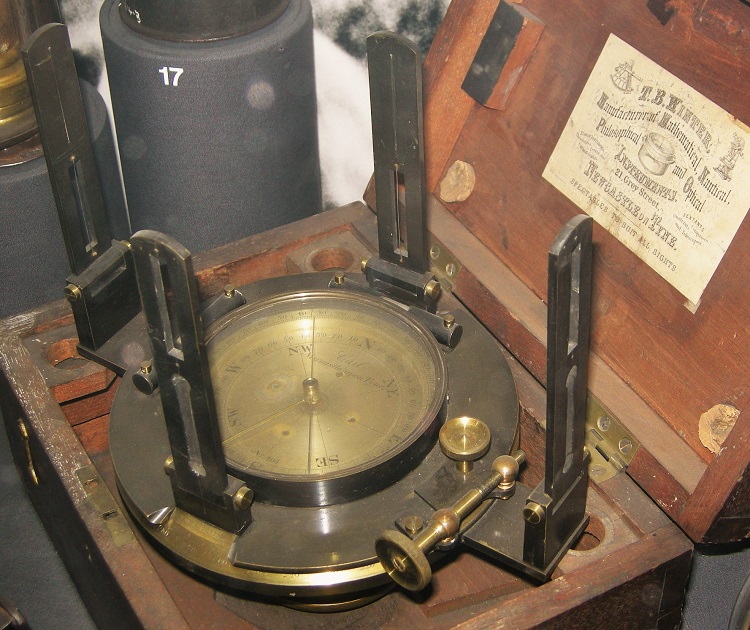 c.1855 mine surveyor's dial on display at Sunderland Museum. T. B. Winter's label in the box

John Cail worked in the early 1820s for Troughton in London. He opened his own workshop in Newcastle, and in the 1850s was joined by his brother, Septimus Anthony Cail.[1]

1853 Patent. '262. And Robert Mortimer Glover, of Newcastle-on-Tyne, Doctor of Medicine, and John Cail, of the same place, Mathematical Instrument Maker, have given the like notice in respect of the invention of "improvements in miners' or safety lamps."'[2]