Grace's Guide is the leading source of historical information on industry and manufacturing in Britain. This web publication contains 140,709 pages of information and 227,385 images on early companies, their products and the people who designed and built them. 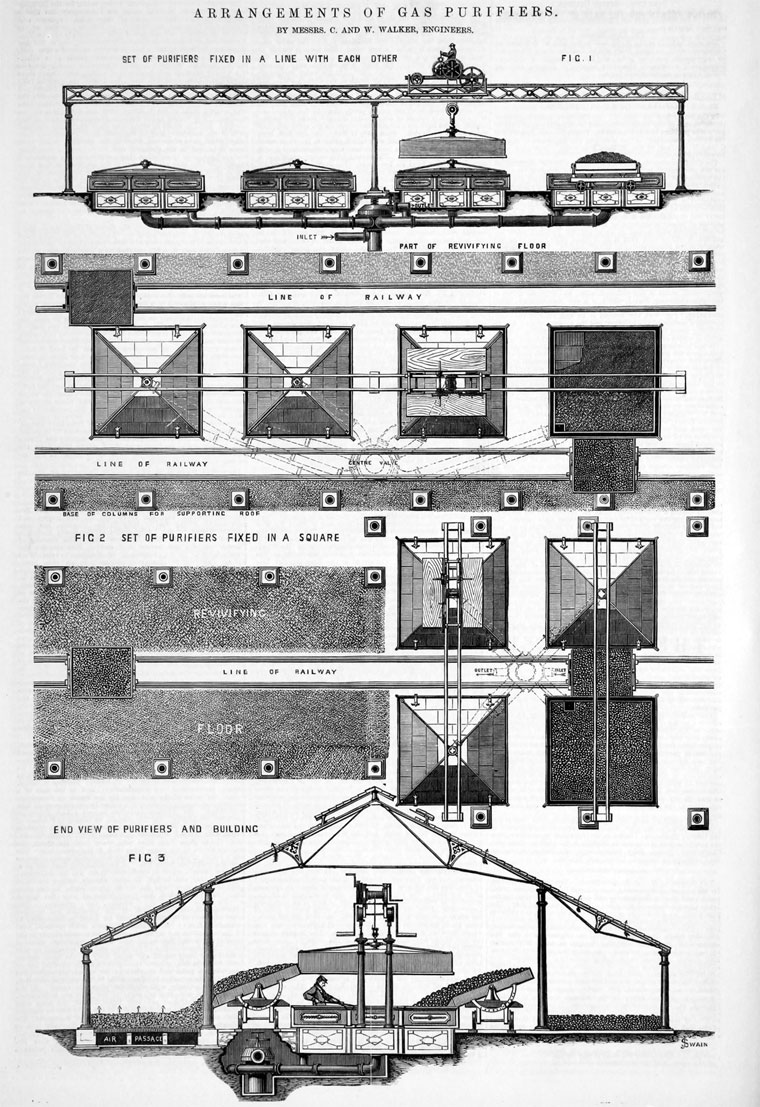 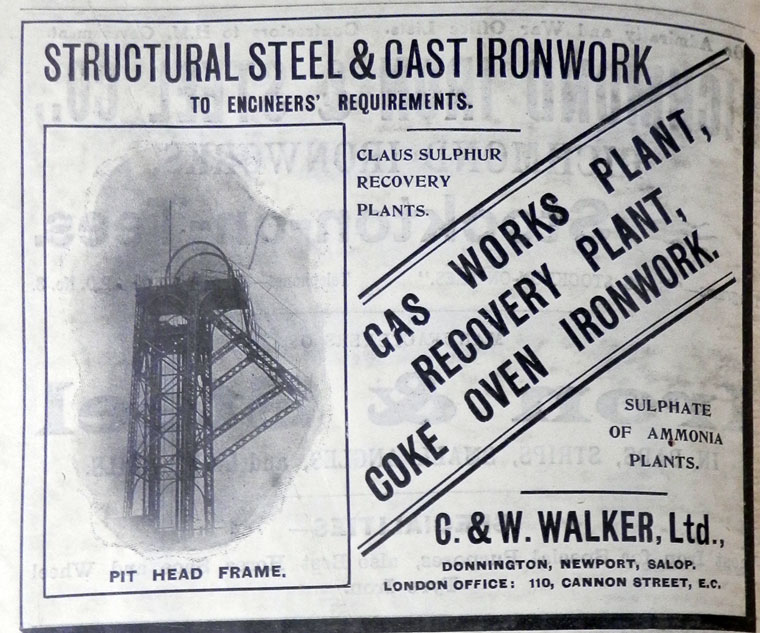 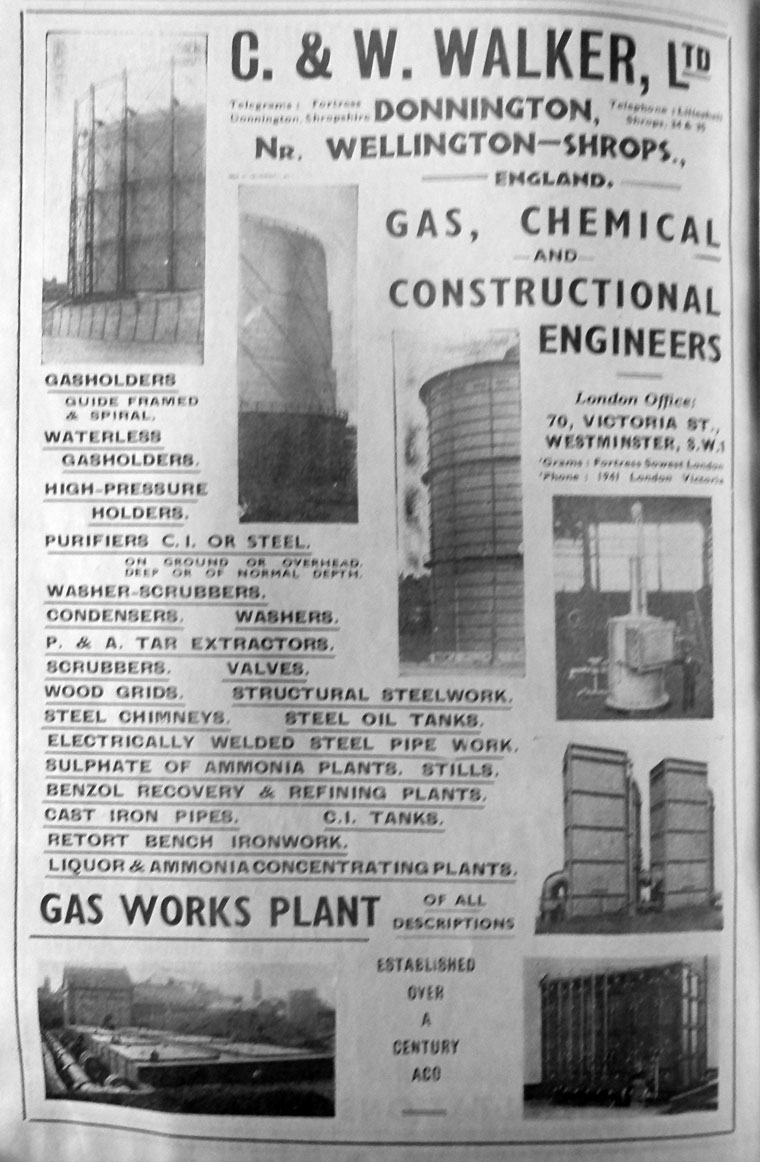 Later, the firm made stamps, presses, press tools and plant. Charles Clement Walker and William Thomas Walker were associated with their father in the business in Clerkenwell.

1857 the Works were transferred from London to Donnington, near Wellington, Shropshire, when the founder handed over the control of the undertaking to his sons, Charles and William, and the firm then became known as C. and W. Walker. Presumably at this time the works in Tipton were closed.

When first established at Donnington, Charles Clement Walker supervised the Works, while William Thomas Walker devoted most of his attention to the firm’s interests in London, where an office at Finsbury Circus was opened.

1899 Public company. The company was registered on 3 May, to take over the business of gas engineers of the firm of the same name. [2]