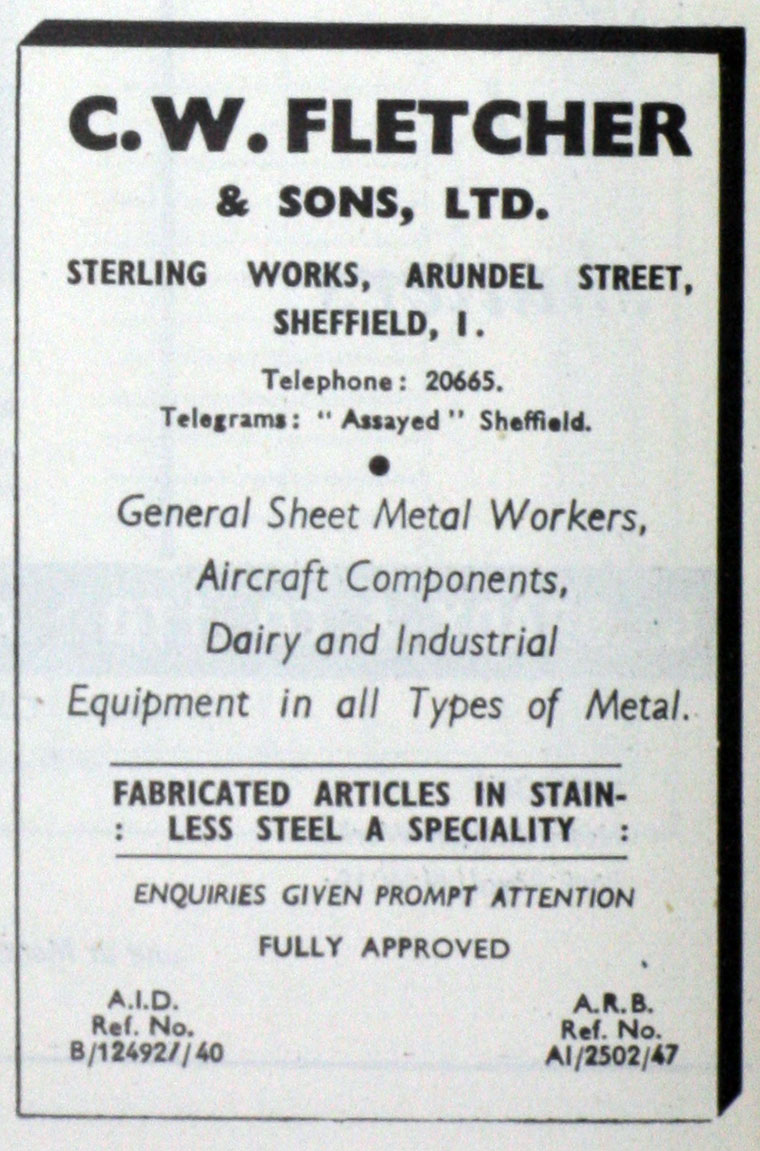 1891 Charles William Fletcher set up a business as a silver forger supplying all the leading silversmiths with blanks after assay.

1907 C. W. Fletcher and Sons Limited acquired Brewis and Co, a similar London firm of silversmiths and cutlers. The expansion led to the decision of C. W. Fletcher becoming a limited company.

1908 The company moved to Arundel Street in the heart of Sheffield. The move meant a change - and not only did they produce blanks, but they started to produce finished silver cutlery.

1939 Production of silverware wound down due to workers being called for the war effort. Due to these circumstances, the Company changed direction and engineering became the forefront of the business.

The company won orders from Rolls-Royce for parts for the Merlin Engine and continued to win requisitions from them for high precision, fabricated components for aircraft engines, therefore silver forging took a back seat.

1950s The company expanded due to increasing demands.

1971 Rolls-Royce went into liquidation and due to their influence on Fletcher's production, it caused the business to suffer and the company did not properly recover until the late 1980s.