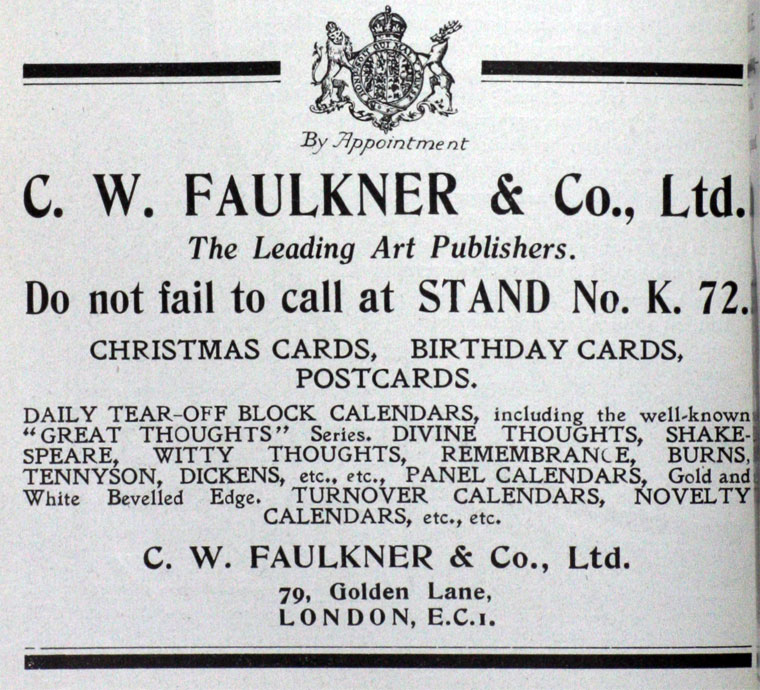 Faulkner was originally in the Christmas card business together with Albert Hilder Scheimer.

1882 Though they worked as lithographers they also began printing in gravure.

1885 The partnership ended with Faulkner taking over the business.

1890s He changed the company name.

1905 It became a Limited company. While they printed a wide variety of card types, they are best known for their early black and white view-cards paired with a coat of arms, real photo cards of actresses, artist signed cards by Louis Wain, and propaganda cards issued during World War One. Many of their cards were printed in Germany and Austria.