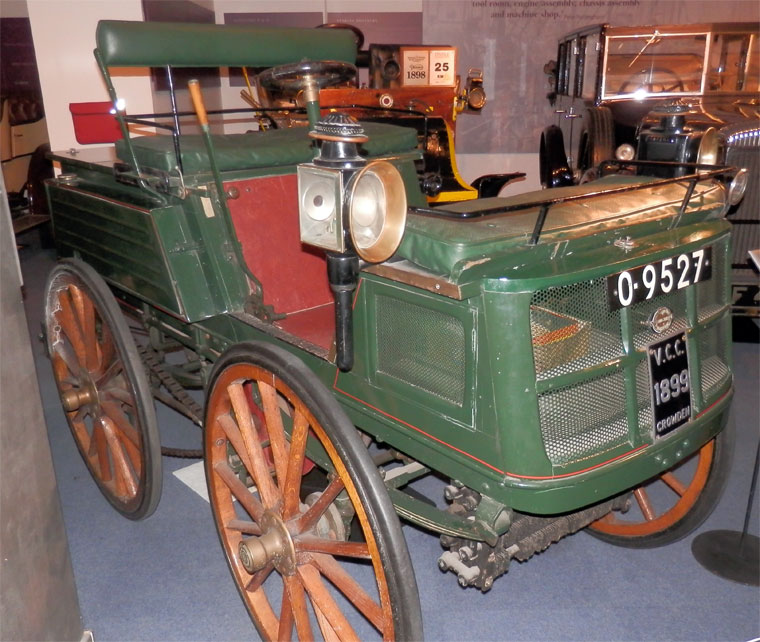 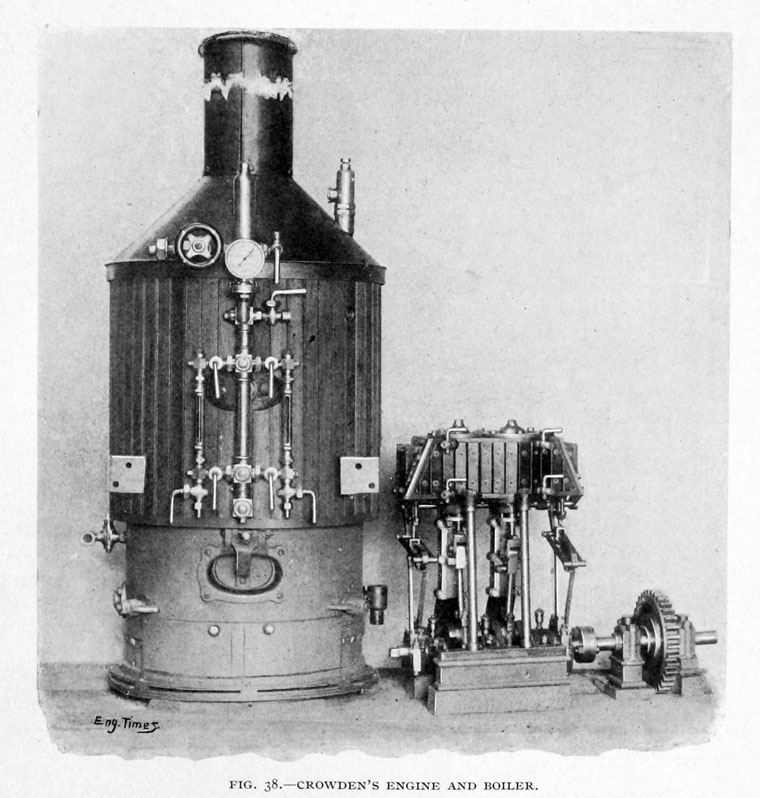 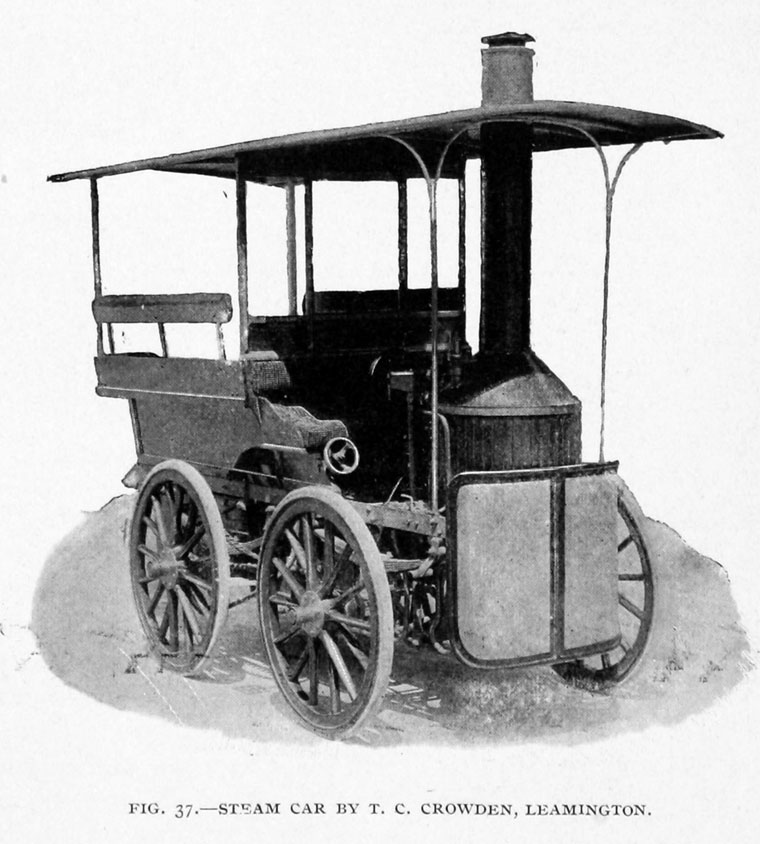 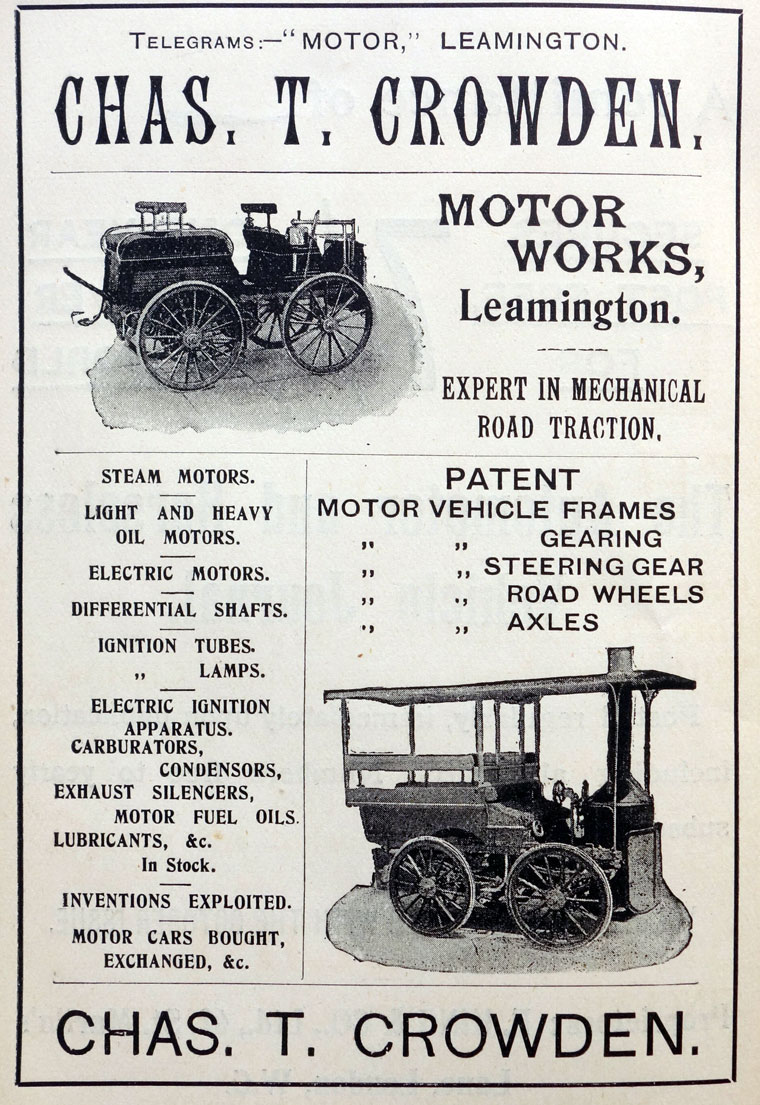 c1859 Son of a schoolmaster and his grandfather kept the Blue Coat School in Bath for 50 years and there is a memorial to him in the Abbey.[1]

Worked for Stothert and Pitt[2]

Worked for Merryweather and Sons

1891 Report of a burglary at his house in Semilong, Northampton.[5]

1892 Described as the engineer of the Sphincter Grip Armoured Hose Co of London.[6]

1893 Patent. 'for improved raising and lowering gear for fire escapes' [7]

1898 January. Concerns Hooley's Hydraulic Joint Co and states that Crowden is the inventor.[8] This is a machine for jointing the tubes of a bicycle by water pressure and has been sold to E. T. Hooley. Crowden of Vernon Lodge, Eastnor Grove, Leamington, and has been in Leamington for twelve months. Many more details in this article.[9]

1898 May. Concerns the British Hydraulic Jointing Co. 'Charles Thomas Crowden, of Beeston, in the County of Notts, and other subsidiary Patents subsequently acquired by the Hydraulic Joint Syndicate'[10]

1899 Described as a motor car manufacturer, Chapel Street, Leamington, in a court action he brings.[11]

1900 Described as engineer and proprietor of the Leamington Motor Car Works when he sues Mr Tolch, an engineer over some patents.[12]

1918 Mentioned as of the Engineering Department of the British Cellulose and Chemical Manufacturing Co. Also mentions James C. T. Crowden.[15]