(Redirected from C. B. Collett)
Jump to: navigation, search 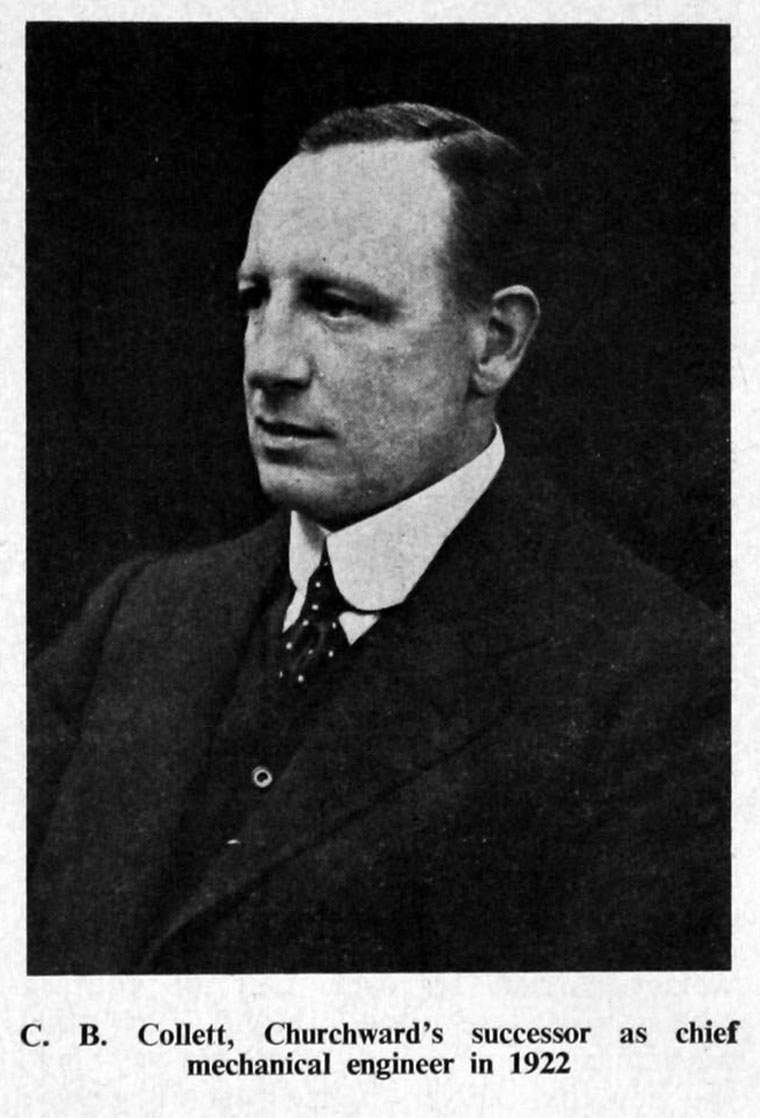 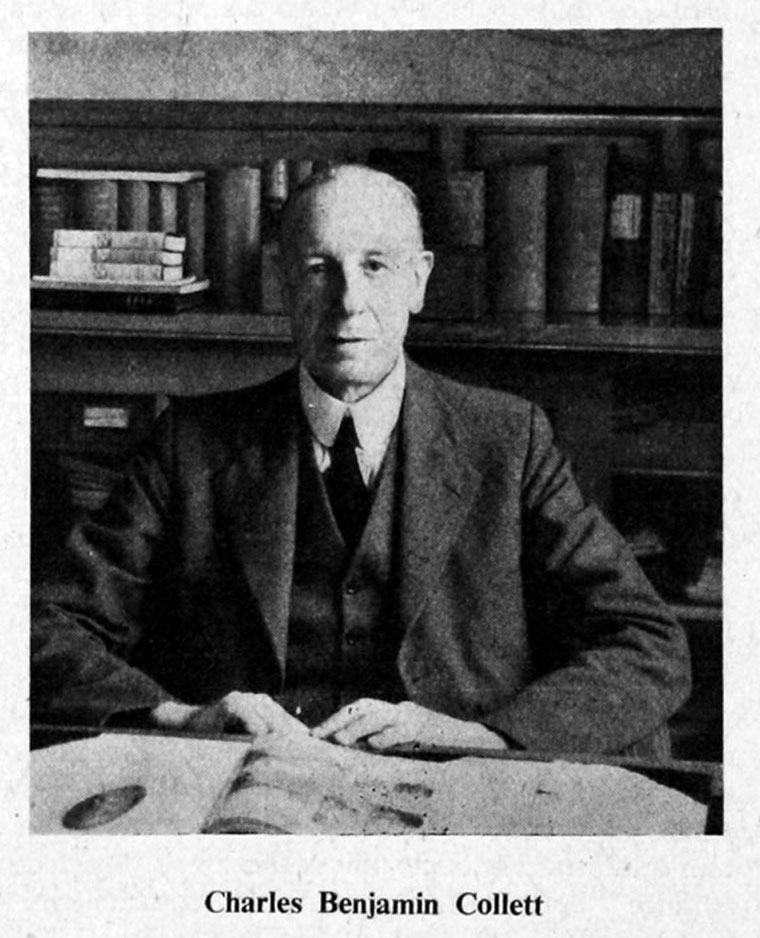 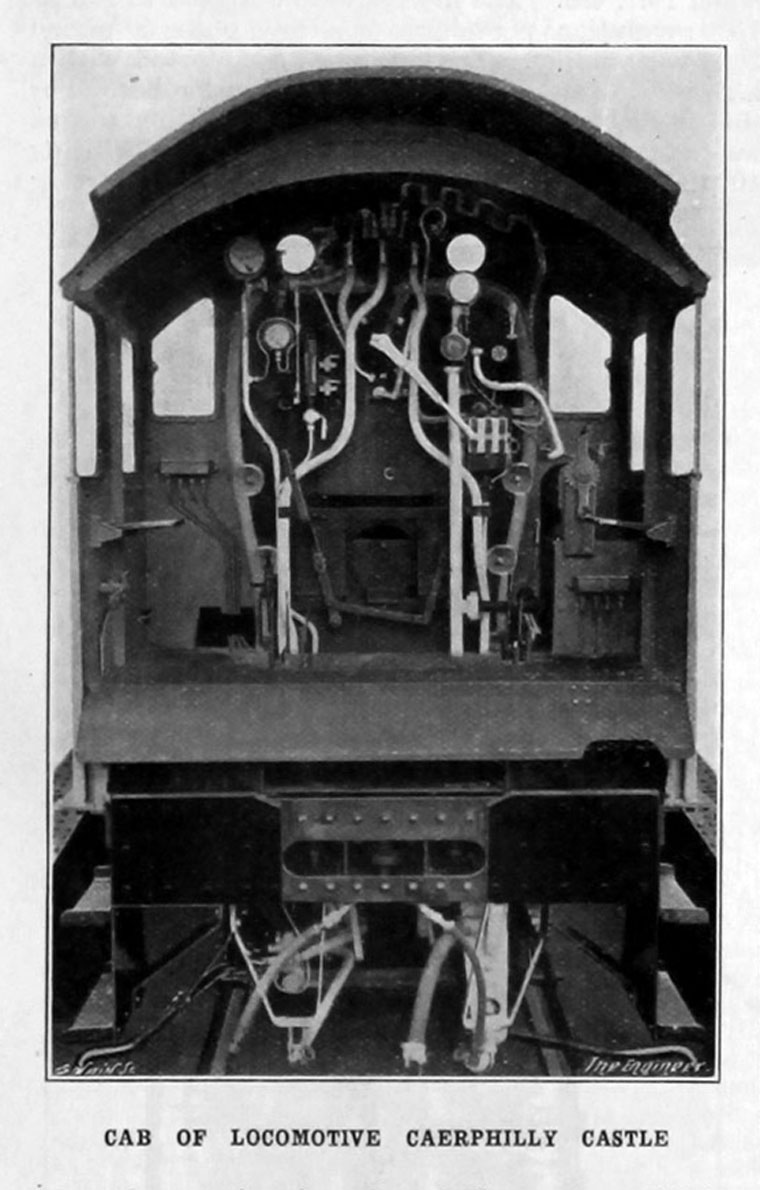 1923. Caerphilly Castle for the GWR line.

1927. Locomotive for the Great Western Railway.

Charles Benjamin Collett (1871-1952) was chief mechanical engineer of the Great Western Railway from 1922 to 1941. He designed (amongst others) the GWR's 4-6-0 Castle and King Class express passenger locomotives.

In the 19th and early 20th century, railway companies were fiercely competitive - and engineering was speed, and that was revenue. The brilliant engineer George Churchward had delivered to the GWR from Swindon a series of class leading and innovative locomotives, and arguably by the early 1920s the Great Western‘s 2-cylinder and 4-cylinder 4-6-0 designs were substantially superior to the locomotives of the other railway groupings. Churchward preferred locomotive‘s without trailing wheels to increase maximise adhesion on the South Devon banks of Dainton, Rattery and Hemerdon on the West of England mainline to Plymouth, then the Great Western‘s most important route. Due to the weight and dimensional restrictions required to pass over all the GWR's lines, he designed narrow fireboxes, but with good circulation. Combining high boiler pressures with superheat made efficient use of the high calorific-value steam coal from the mines in South Wales, and reduced mechanical and boiler wear.

In 1922 Churchward retired, and Charles Benjamin Collett inherited a legacy of excellent standardised designs. But, with costs rising and revenues falling, there was a need to both rationalise the number of pre-grouping designs, as well as develop more powerful locomotives. Collett was not the brilliant engineer that Churchward was, but he was a practical development engineer, and so he took Churchward's designs and simply developed them - the Hall from the Saint class, and the Castle from the Stars.

"...C. B. Collett, who became chief mechanical engineer in January, 1922, was against this, as he felt the limit of safety had been reached as regards buffer locking on sharp curves. He thought It better to reduce the length of new coaches to less than 70ft, and this was agreed to..."[1]

The ultimate expression of this development theory was the King class - something that was so big, it was restricted to the main GWR routes. In 1926, something bigger was required to haul heavy expresses at an average speed of 60mph. Great Western's General Manager Sir Felix Pole told Collett to proceed with the design and construction of a Super-Castle. The 4-6-0 design which emerged from Swindon works in June 1927, had dimensions never previously seen, and represented the ultimate development of Churchward's four cylinder concept. They were the heaviest (136 tons), and had the highest tractive effort (40,300 lbs.) of any 4-6-0 locomotive ever to run in the United Kingdom.

RAILWAY engineers throughout the world will hear with sincere regret of the death of Mr. Charles Benjamin Collett, on Saturday last, August 23rd, at the age of eighty-one years.

Mr. Collett was born in 1871 and after receiving his preliminary education at the Merchant Taylors School he went to the City and Guilds Engineering College at South Kensington. He afterwards served as a pupil to Mr. Joshua Field of that famous firm of marine engineers, Maudslay, Sons and Field, and in 1893 entered the service of the Great Western Railway Company as a draughtsman at the Swindon works. Within a short period Mr. Collett's outstanding ability led to his promotion and in 1898 he was appointed assistant to the chief draughtsman at Swindon. Two years later he became a technical inspector in the Swindon works, and in the same year, 1900, was appointed assistant works manager. In 1912 be became works manager and seven years later, in May, 1919, was made assistant chief mechanical engineer.

During the years that Mr. Collett held office as chief mechanical engineer a great change took place in the design of locomotives on British railways, and during that time Swindon exerted a great influence on British locomotive practice. In his "Castle" class of locomotives, which he introduced in 1923, Mr. Collett was responsible for designing one of the outstanding locomotives of all time, and this class was followed by the no less important "King" class of 1927. When they were introduced, the locomotives of the four-cylinder "Castle" class with a tractive effort of 31,626 lb, developed a greater drawbar pull than any other British engine, and by its excellent design the engine was recognised to be ahead of any other locomotive of its time. The "King" class was a natural development from the "Castles," and those four-cylinder engines, which incorporated the best points in preceding G.W.R. locomotives, had a tractive effort of 40,300 lb.

Soon after his appointment as chief mechanical engineer, Mr. Collett saw the desirability of maintaining a minimum number of standard types of engines to suit the traffic requirements of the G.W.R., and he inaugurated an extensive programme of locomotive standardisation. In 1921 the company's stock included seventeen types comprising fifty-two classes of engines, but as a result of the work of standardisation there were, by 1941, thirteen types and thirty-seven classes. This large reduction in the number of types, with the corresponding increase in the number of interchangeable parts, both greatly reduced running_costs and expedited overhauls. One of the important parts of this work of standardisation was Mr. Collett's insistence upon absolute accuracy in boiler dimensions in the course of construction in order that standard boilers should be interchangeable.

He also took a particular interest in carriage and wagon design and was responsible for notable improvements in restaurant cars, sleeping cars, special train sets, and saloon coaches. A new profile developed by him for G.W.R. stock in 1937 enabled the stock to be used for cross-country working on other companies' lines.

Mr. Collett played an important part in connection with the equipping of Great Western locomotives with automatic train control, and he was a member of the second special committee set up by the Ministry of Transport in 1927, under the chairmanship of Sir John Pringle, to consider the introduction of a standard system of automatic train control for the whole country. The committee considered numerous devices, many of which were in use in different parts of the world, and unanimously came to the conclusion that the system used on the Great Western Railway was the most satisfactory for adoption by British railways.

Throughout his career Mr. Collett showed a great interest in the conditions of work and the problems of the men under him, and he was much respected for his consideration and helpfulness by all with whom he came into contact. As a result of his work during the 1914-18 war Mr. Collett was awarded the O.B.E. He was a member of the Institution of Mechanical Engineers from 1920 till 1941 and a member of the Institution of Civil Engineers from 1922 till 1941, when he retired from railway service.

With the death of Mr. Collett the profession has lost a quiet, kindly man of out standing ability, whose name will always stand high in the annals of locomotive history and British railways.