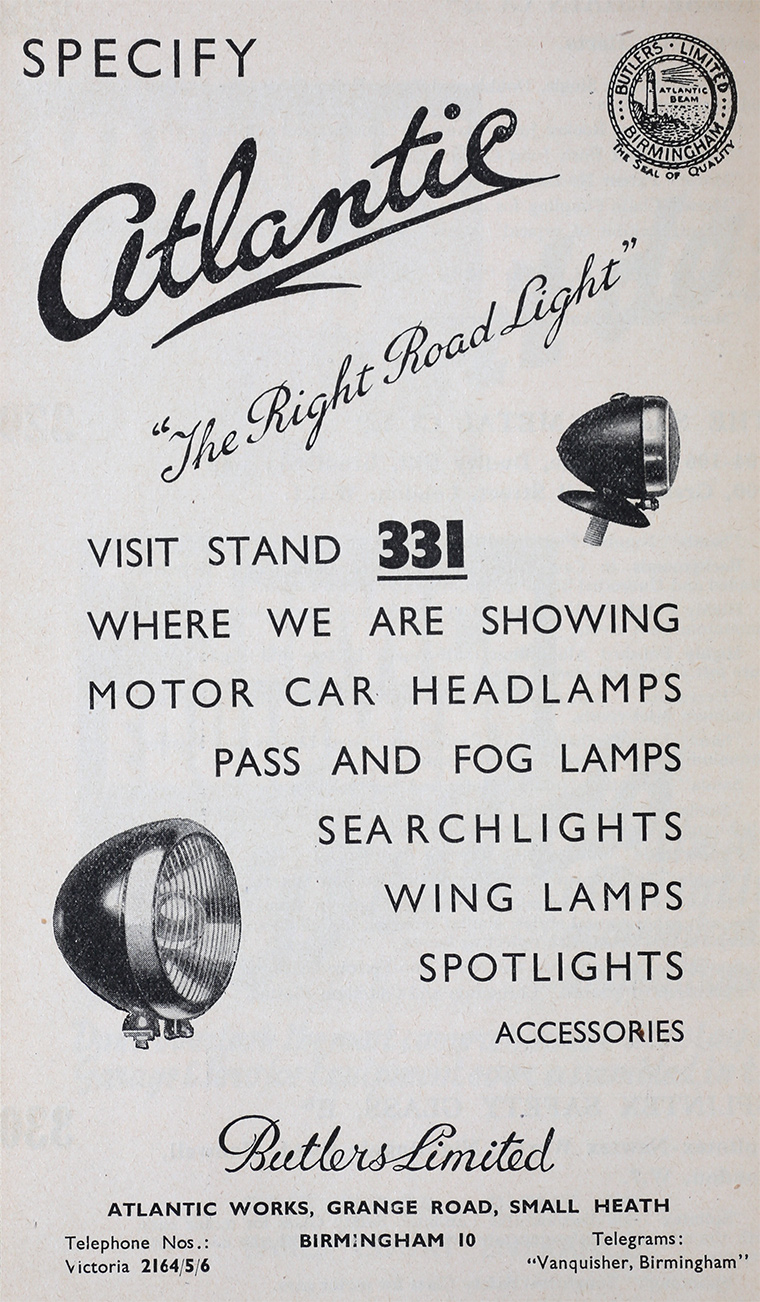 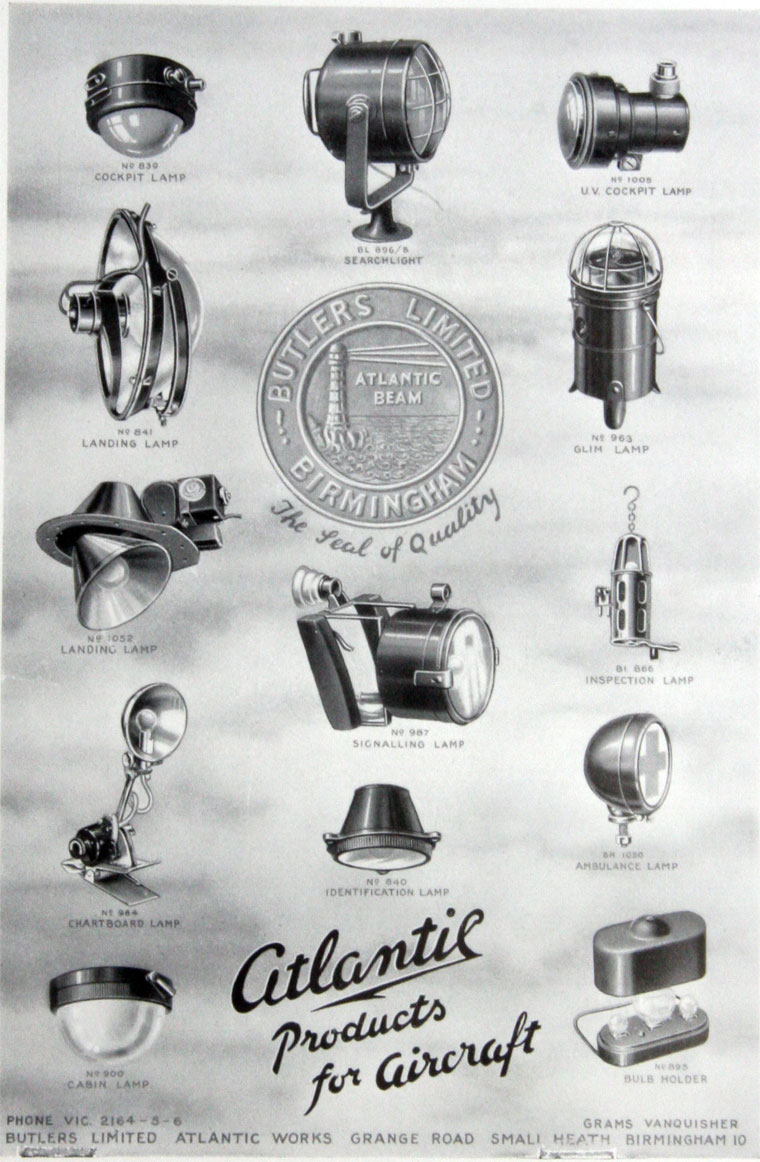 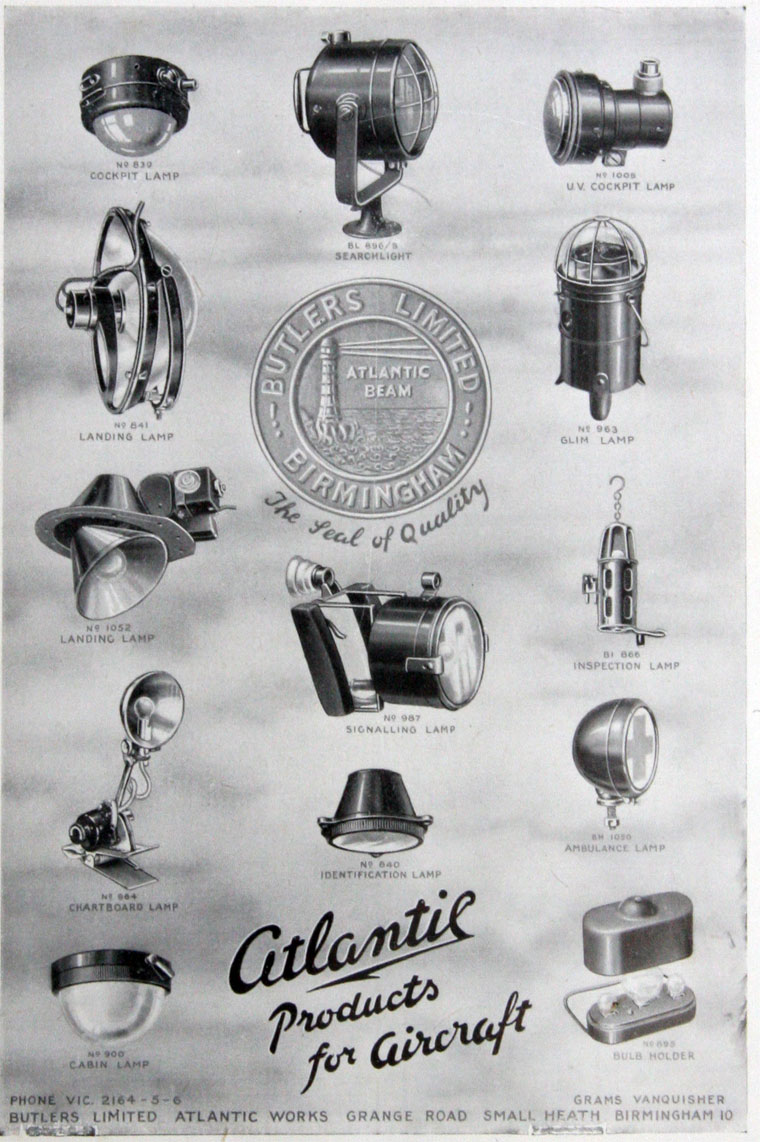 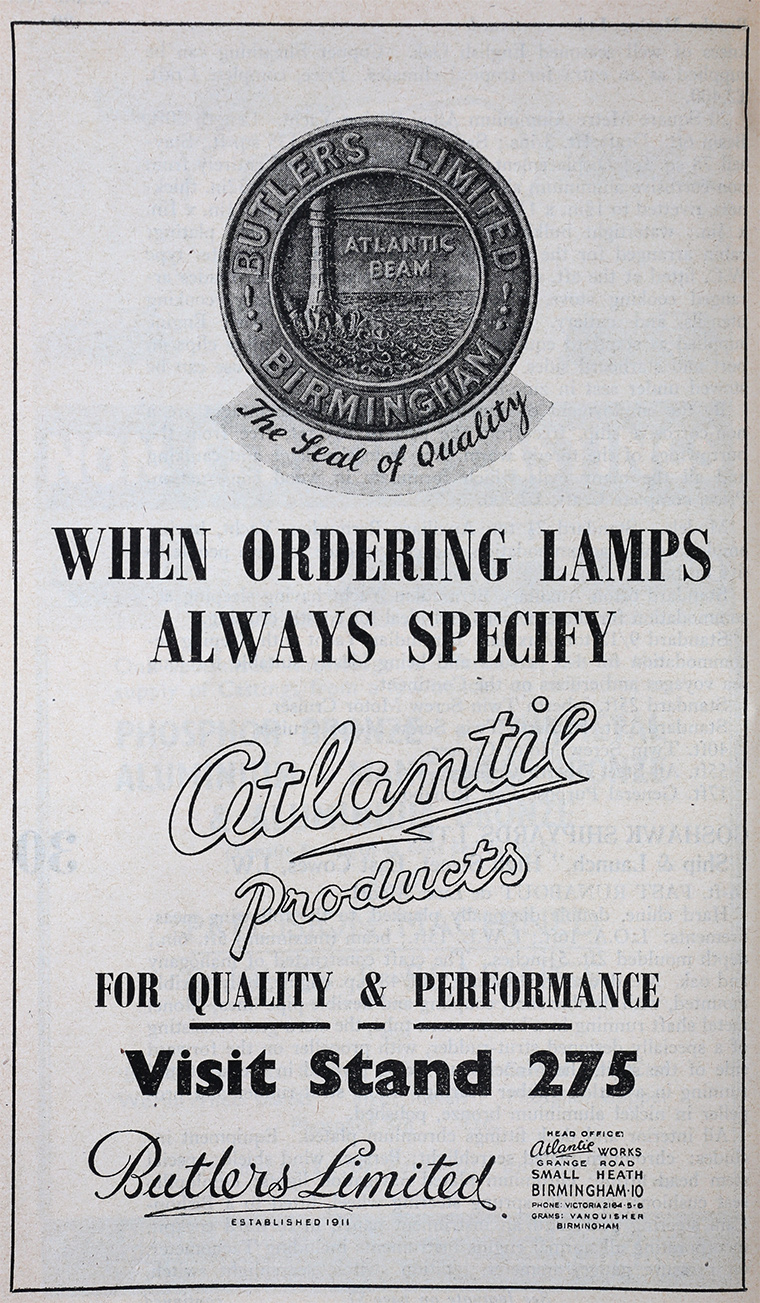 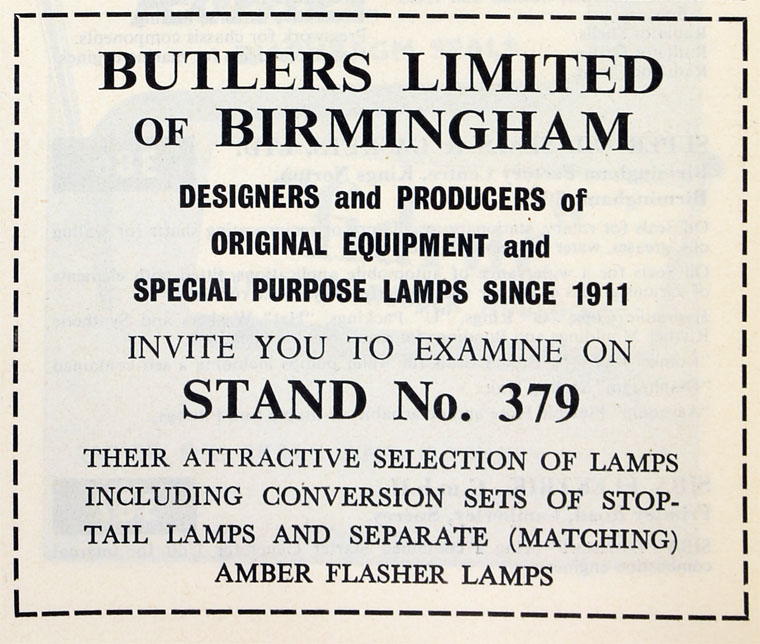 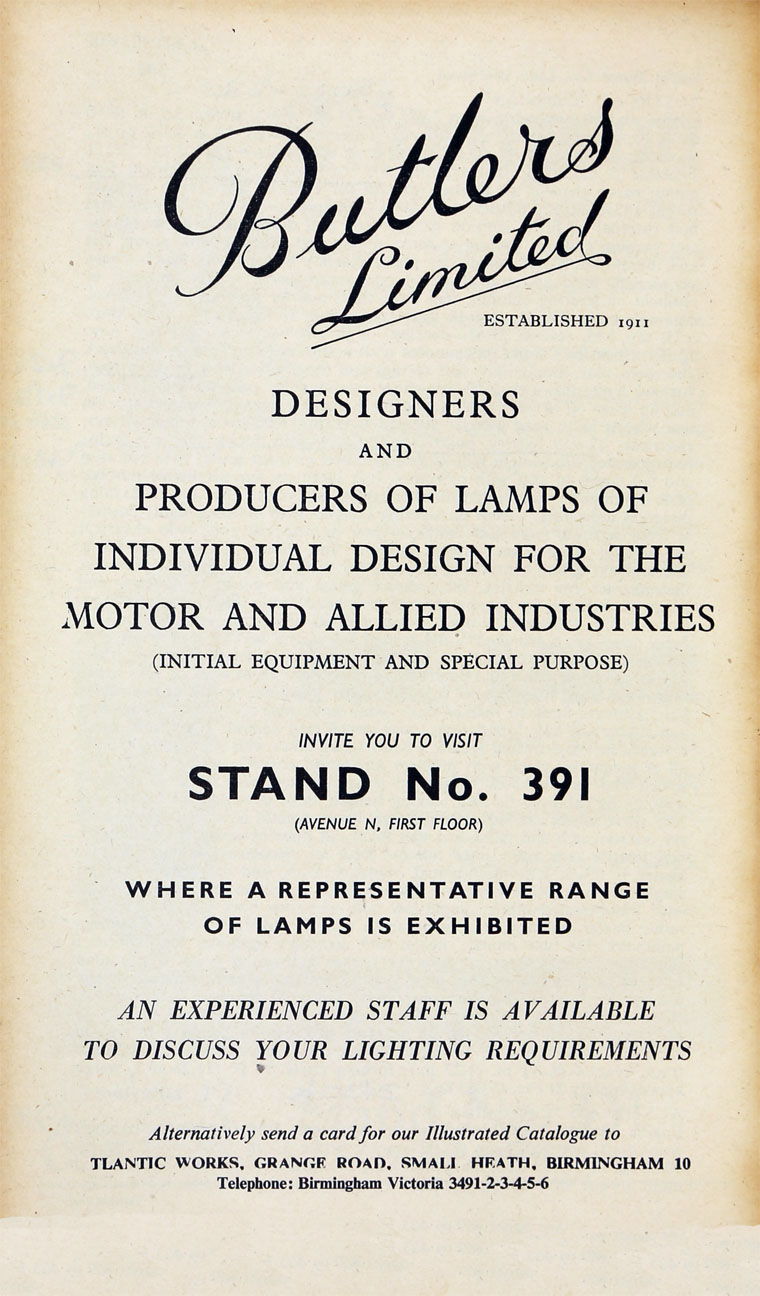 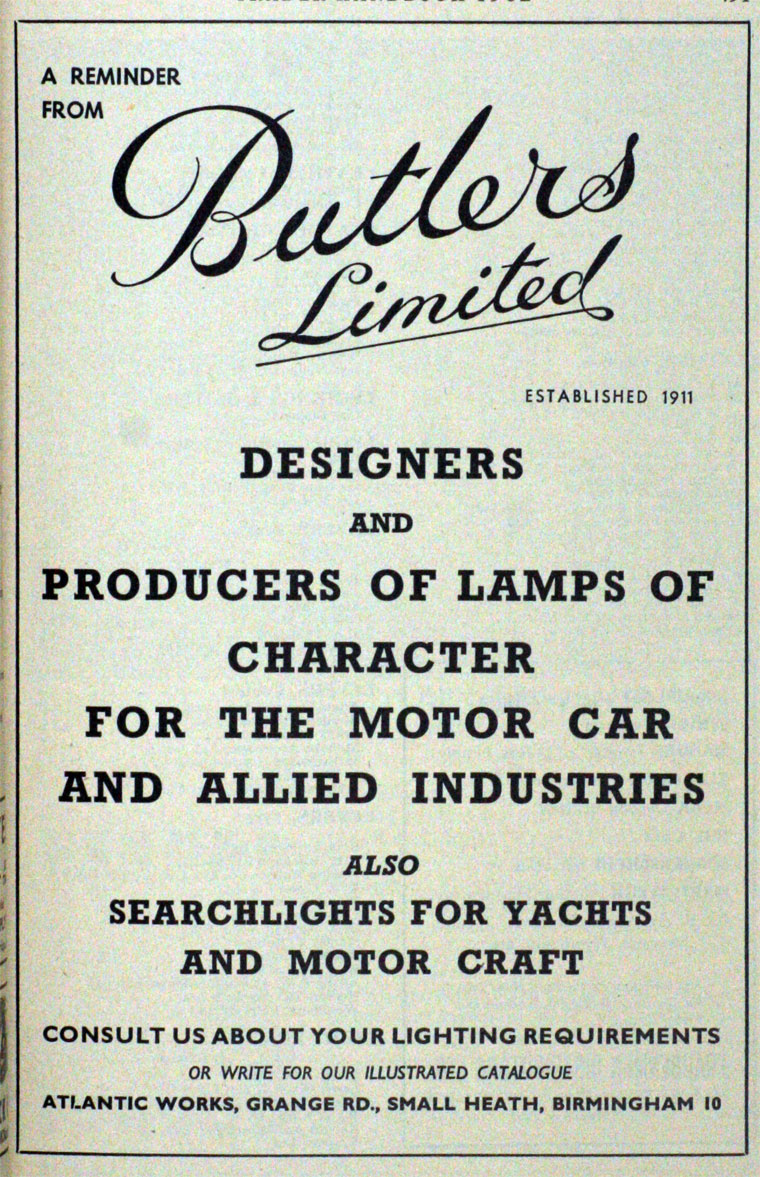 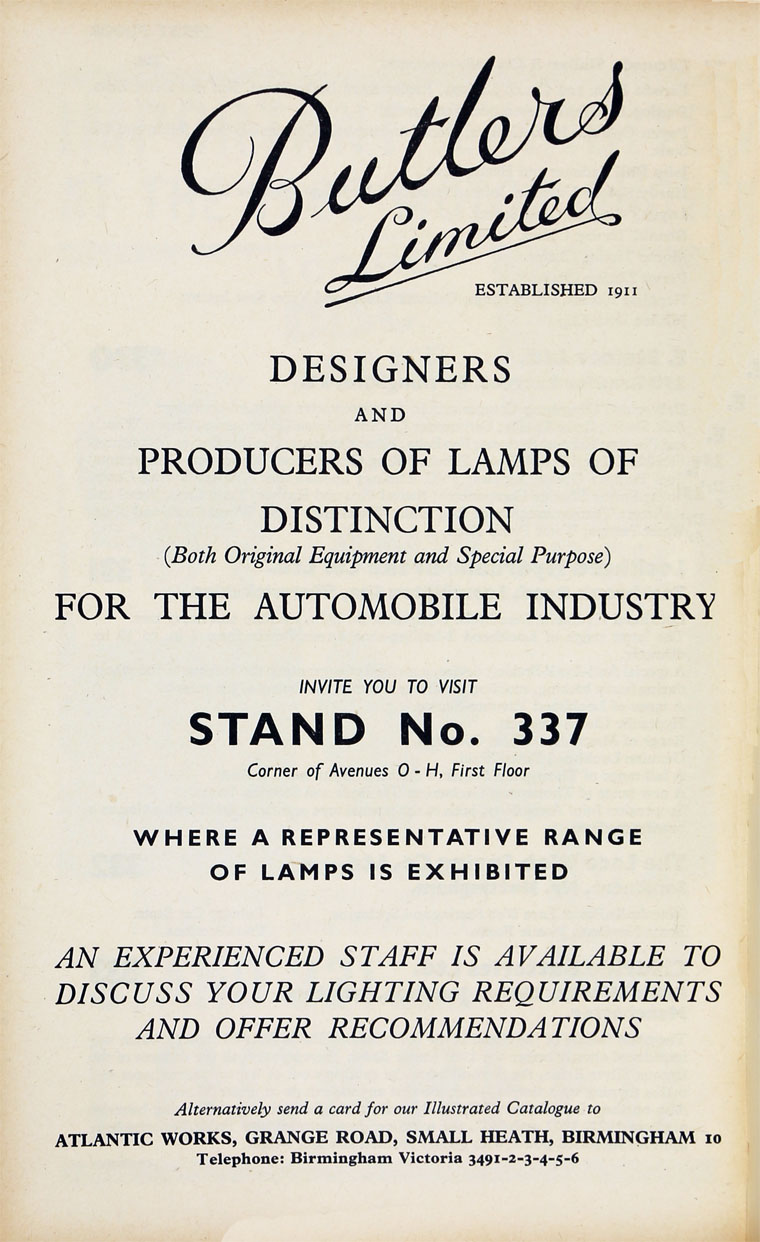 1911 Company formed as a family business of brassfounders at Smallheath, Birmingham, and developed as an important manufacturer and supplier of motor vehicle lamps.

1948 At the time of its acquisition by Lucas, 60 per cent of Butler's production was represented by its sales of lamps of various types to Ford and Vauxhall and to Simms (who resold the lamps to heavy vehicle manufacturers) for use as initial equipment.

At this time, Butlers was supplying the whole of Ford's requirements of lamps for initial equipment. Butlers also had a substantial business in the supply to wholesalers of accessory lamps, mainly foglamps and spare tail-lamps of various sizes. Lucas reported that it knew that Ford, Vauxhall and Simms would not like the purchase and that it did not want to upset them or disturb Butlers' wholesale customers or its own wholesalers at home or abroad; nevertheless it decided to accept the offer it had received from Butlers on the general ground that it would be a mistake to refuse the additional capacity, particularly for short orders and obsolete types of lamps.

1952 The purchase of the share capital of Butlers was effected through nominees, and ownership by Lucas was not made public until 1952 when the company was listed as a subsidiary in Lucas's Annual Report. Also Lucas did not want to bring the spares side of Butlers' business into the Lucas distribution and service network but wished to study it and find out how it worked. Lucas also said that it did not want to add to current press criticism of itself as a monopolistic giant which absorbed competitors.