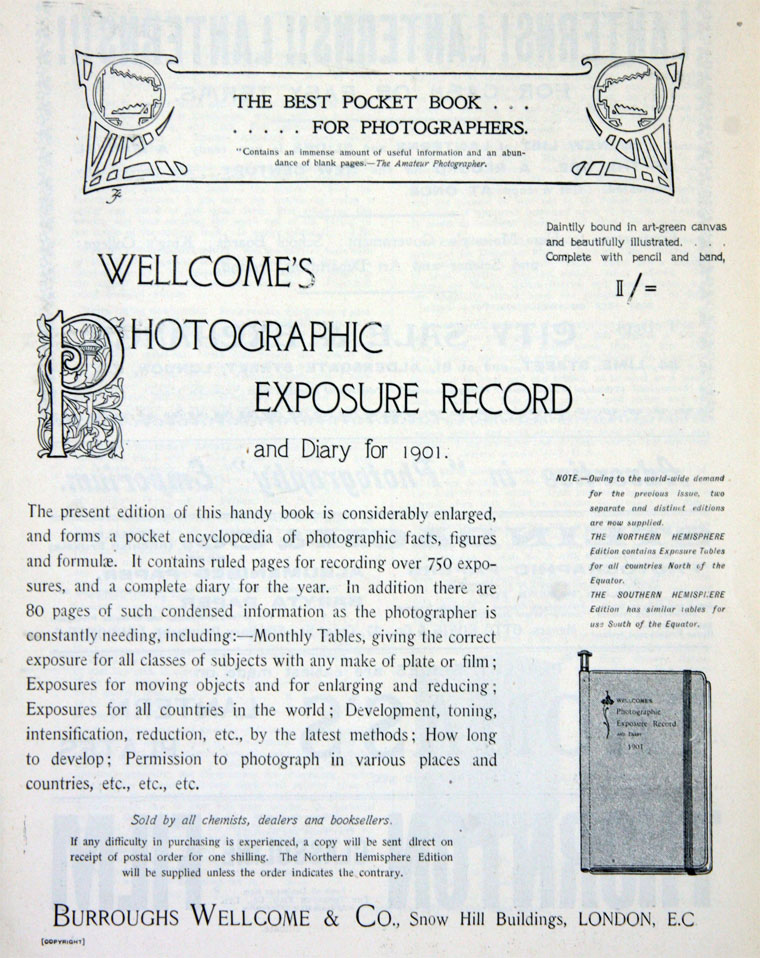 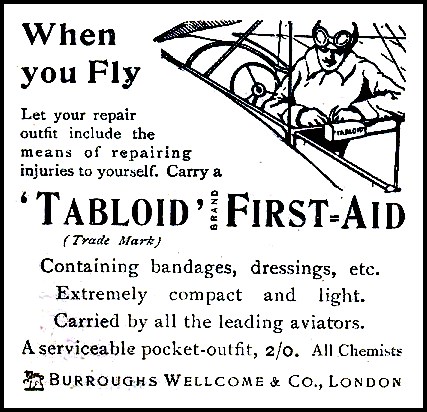 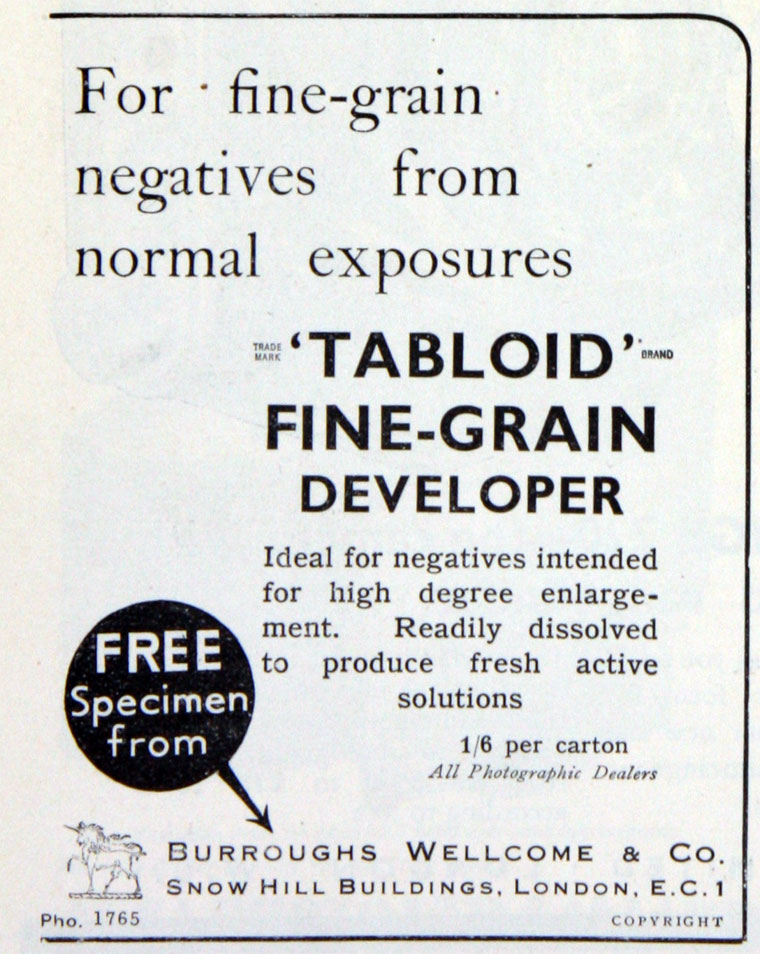 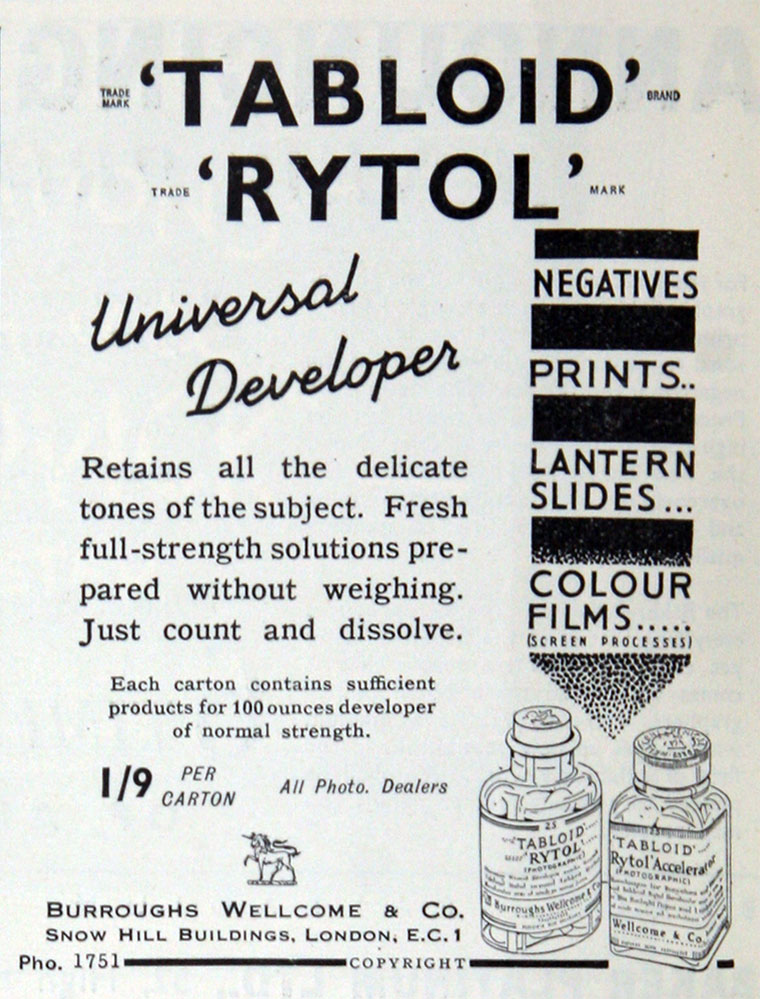 Formation of Burroughs Wellcome and Co

1883 they started manufacturing their own products

1886 the first overseas branch was established, in Melbourne, Australia.

1889 The Wellcome Production Centre at Dartford, Kent, started. This followed the acquisition of the site of the former Phoenix Paper Mills by Burroughs, Wellcome and Co as its manufacturing site.

Henry Wellcome set up several research laboratories loosely linked to the drugs company - a highly original step at the time - and employed some of the most outstanding scientists of the day. He suggested the idea of housing his company's factory, his research laboratories and accommodation for his employees on one site. This plan, however, never left the drawing board.

1895 Silas Burroughs died, leaving the company in the hands of his partner. The firm flourished under Henry Wellcome's leadership.

1896 the Wellcome Chemical Research Laboratories was set up

By 1900 the product range included an extensive 'Tabloid' range of ethical medicines as well as 'Kepler' Cod Liver Oil and Malt, Hazeline Snow, Saccharin, atomisers for sprays, artificial ear drums, tea in 'Tabloid' form, and an assorted range of tonics and laxatives, as well as a growing range of medicine chests.

1904 An important part of the Dartford site was a 'Materia Medica' farm, first set up in 1904. Here, a variety of crops were grown as a basis for medicines and compounds. Amongst the main plants grown here were deadly nightshade, foxglove, henbane, thornapple and aconitine. With the increasing use of synthetic compounds in the pharmaceutical industry after about 1930 the farm became less important.

1905 An Experimental Department was set up to improve manufacturing processes. For over a century the company manufactured a wide range of products for the diagnosis, prevention and treatment of disease. Throughout the twentieth century the aim has been to produce medicinal products of the highest quality and purity.

The company produced a wide range of compressed pharmaceutical products bearing the distinctive unicorn trade mark which were sold under a variety of brand names. The manufacture of these products required special machinery which provided scientifically formulated medicines in standard dosages convenient for packaging. The most important of these brand names was 'Tabloid', a word invented by Henry Wellcome and registered as a trade mark as early as 1884. As well as medicines, the 'Tabloid' brand name was applied to various products such as photographic chemicals and Tabloid tea.

An important sideline produced by Burroughs Wellcome at Dartford, were their medicine chests which were supplied to explorers, expeditions, and royalty. Medicine chests were made for a variety of purposes. In different continents different diseases were prevalent and a specialised medicine chest was available for whatever part of the world was to be visited.

Wellcome also indulged his passion for collecting artifacts related to medicine. His ambitious plan was to create a Museum of Man, illustrating all aspects of humankind's medical past through objects assembled from every era and place.

1913 The Wellcome Bureau of Scientific Research was opened

1924 Henry Wellcome consolidated all his commercial and non-commercial activities under one corporate umbrella: The Wellcome Foundation Limited. This came at the beginning of a period of major advances in chemotherapy. One of the most important medical breakthroughs at Dartford was the production of insulin used in the treatment of diabetes. 'Sulphetrone' used in the treatment of leprosy was another product manufactured at Dartford.

The Wellcome Foundation Limited was a private limited company which brought together Wellcome's non-commercial and commercial interests under a single corporate umbrella.

The Wellcome Foundation would become the final organisation of Wellcome's diverse interests; his pharmaceutical company, museum and research laboratories now coming under the authority of the Board of the Foundation. It was also a structure that reflected Wellcome's power and influence: even by now in his seventies, Wellcome remained in overall control, as Governing Director of the Foundation. He would remain so until his death in 1936.

1932 Henry Wellcome was knighted and made an Honorary Fellow of the Royal College of Surgeons.

1936 Henry Wellcome died; the share capital of the Foundation was held in trust by the Wellcome Trust (which had been created in Wellcome's will). The Trustees were to use the income from the Wellcome Foundation to support medical research and research into the history of medicine.

Sir Henry Dale of Wellcome was awarded the Nobel Prize for Medicine for his work in the chemical transmission of nerve impulses.

1940s There were few new products and little new investment.

WWII Wellcome Foundation was a member of the Therapeutic Research Corporation of Great Britain which, together with ICI (Pharmaceuticals) and Kemball, Bishop and Co were working on the development and production of penicillin[3].

1950s Introduction of a number of important products which began to transform the fortunes of the company.

1959 'Alcopar', used in the treatment of hookworms in humans appeared.

1960s A whole range of important pharmaceutical products were developed and manufactured, particularly 'Septrin' a preparation used in the treatment of bacterial infections. As the world leader in antiviral research and marketing much time and expenditure was devoted to this field of expertise.

These products, together with many others, did much to improve the quality of life by preventing or treating some of the world's most important and unpleasant diseases.

By 1979 the Wellcome Foundation had distributed £56 million for the relief of suffering and disease.

1980 By this time, sales of the companys products had reached £400 million through drugs and veterinary medicines.

1986 The Wellcome Foundation Limited became a public limited company, Wellcome plc, and was floated on the London stock market.

1995 The company merged with Glaxo to form a new company, Glaxo Wellcome.

The Wellcome Trust continued separately as a major charity.