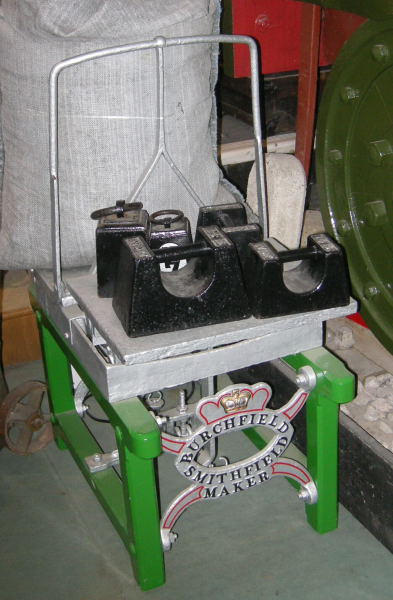 1850. Mentioned. 'Weighing machine exhibited at the stands of Burchfield and Son, of Smithfield'[2]

1851 Death of Thomas Burchfield. '... Decree of the High Court of Chancery, made in a cause of Charles Jones, plaintiff, v. Samuel John Burchfield and William Burchfield, defendants, the creditors of Thomas Burchfield, of Church-street, Stoke Newington, in the county of Middlesex, Esquire, and of West Smithfield, in the city of London, Scale Maker, deceased, who died on or about the 5th day of November, 1851...'[3]

1861 Advertisement. 'Burchfield and son (Established 1800), Manufacturers of AGRICULTURAL IMPLEMENTS, SCALES, WEIGHTS, AND WEIGHING MACHINES. MILL-MAKERS AND MACHINISTS To her Majesty's Honourable Board of Ordnance. No. 8, WEST SMITHFIELD, Removed from No. 1. Catalogues forwarded application.'[4]

1869 January. The premises at 8 West Smithfield offered for rent.[6]