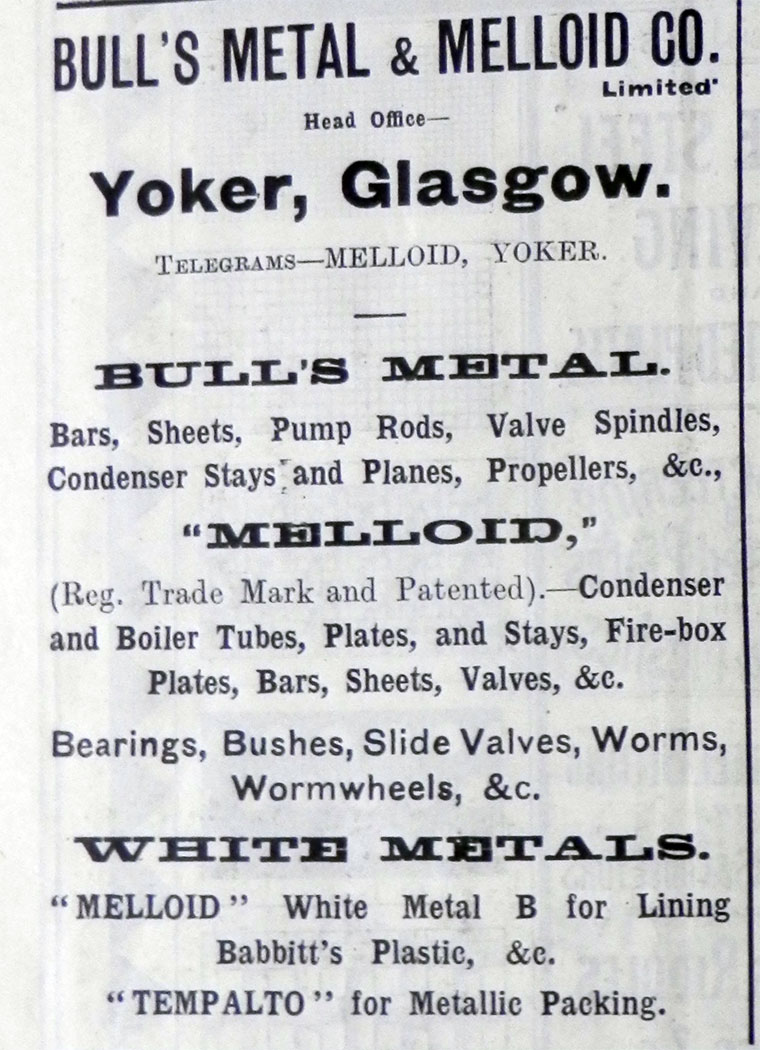 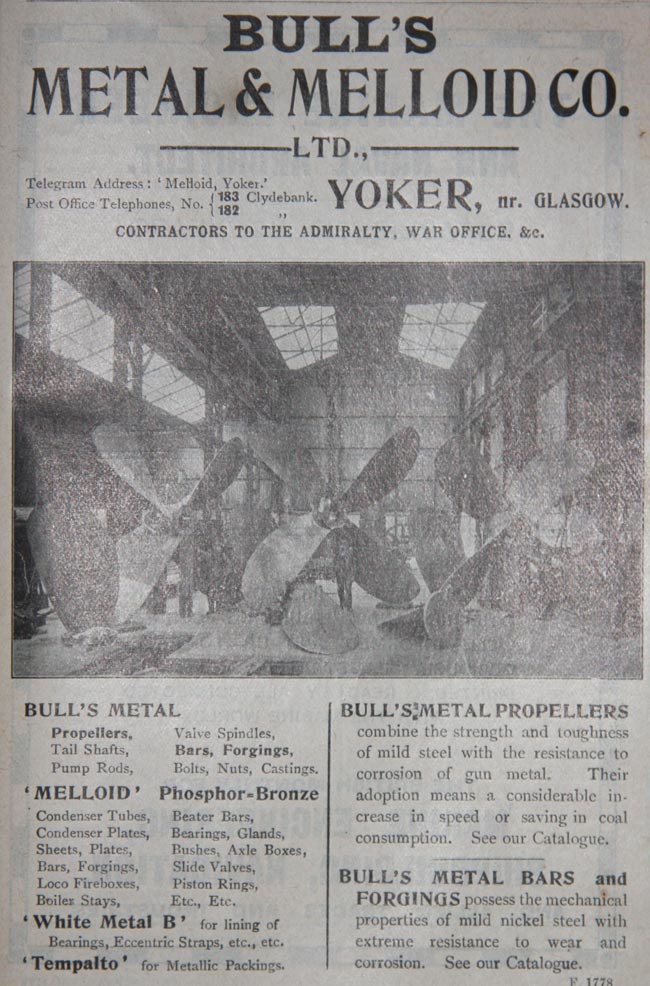 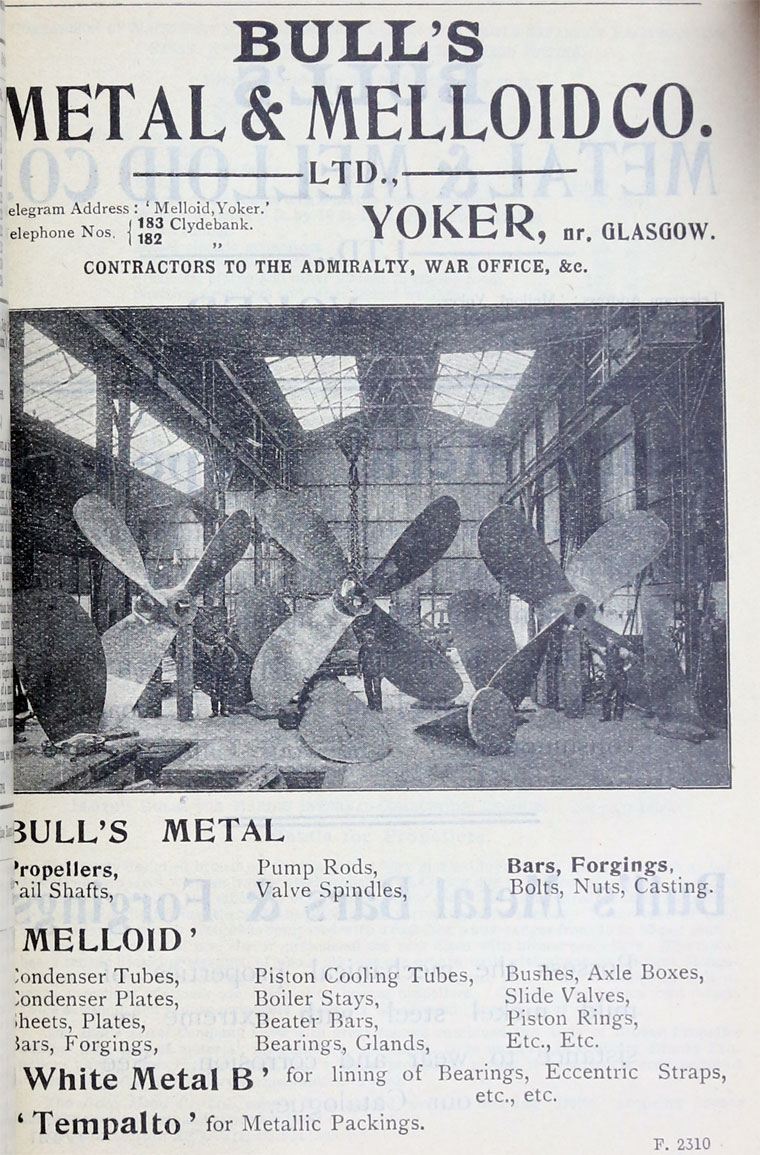 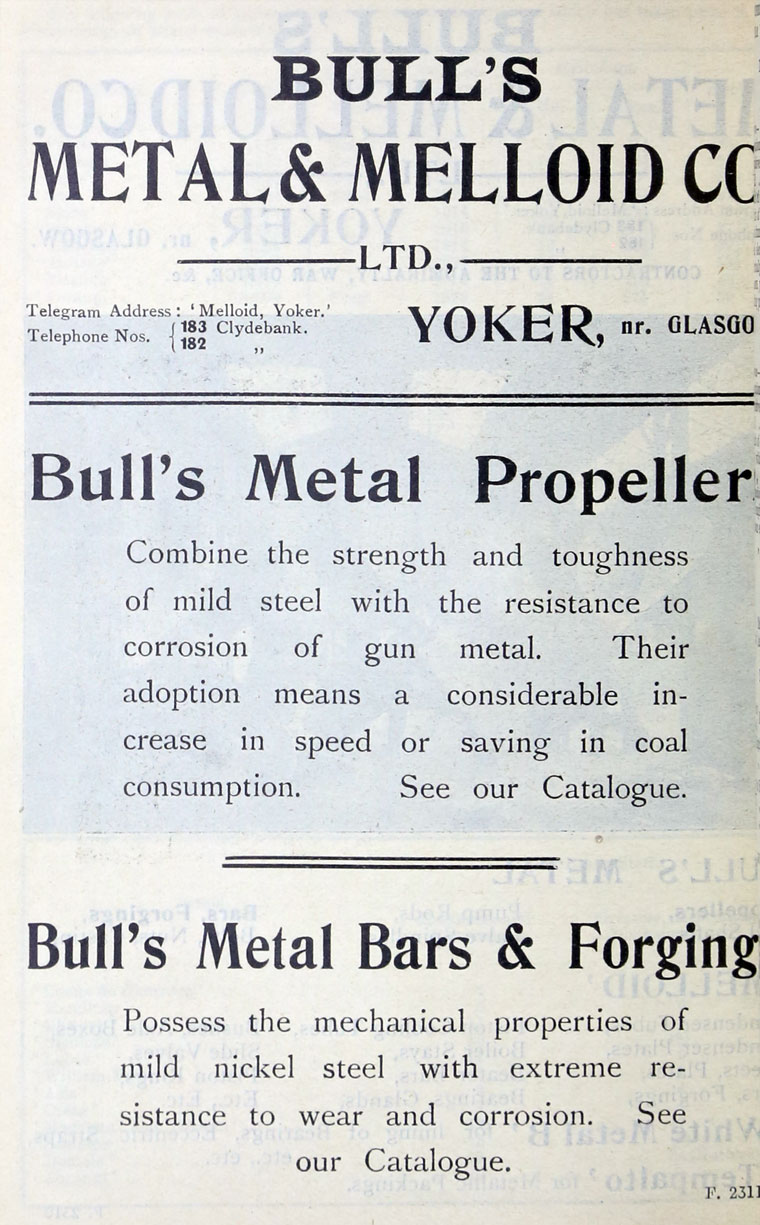 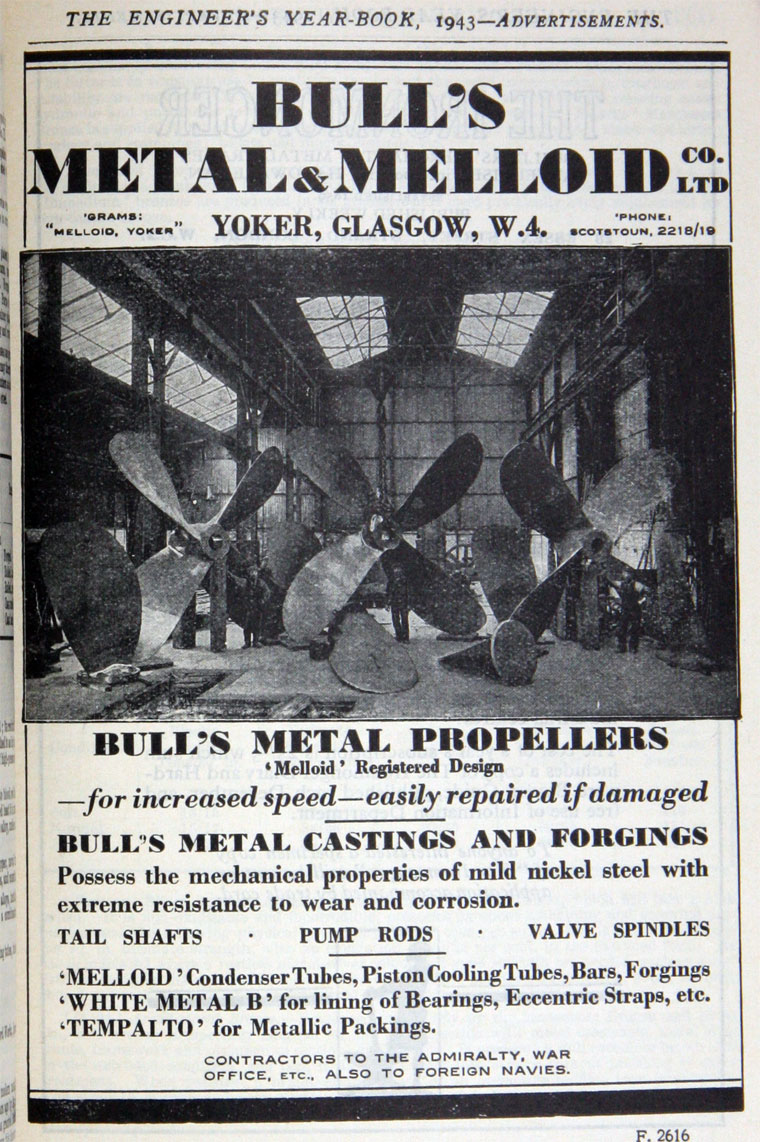 of Yoker, Glasgow, makers of propellor and other castings from bronze, Bull's metal, melloid and other malleable bronze alloys,

1891 Bull's metal was in use at this date at the Royal Small Arms Factory in Montgomery St, Birmingham advertised Bull's metal swarf and other metals for sale by tender[1]

1898 Whilst working for Phosphor Bronze Co Ltd, Mr Bull had been granted patents on Bull's metal; he left the company after making an agreement with them to buy from them the benefit of all orders relating to Bull's metal and melloid. Mr Bull sold the patents to Bulls Metal and Melloid Co who challenged (in 1899) Phosphor Bronze Co about infringing the agreement[2].

1901 A hearing of the legal action brought by Phosphor Bronze Co Ltd against Bulls Metal and Melloid Co, in which it was decided that the agreement regarding melloid meant that this was pure copper which had been hot rolled; it was decided that Phosphor Bronze Co must have been using cold rolling and therefore did not infringe the agreement; decision in favour of the plaintiffs[3].

1952 Orders for sidelights and windows for 5 ships to be made in Belgium[6].

By 1957 had changed name to Bull's Metal and Marine, makers of propellers and ship windows, which was owned by J. Stone and Co (Holdings) Ltd.

1958 Bull's Metal and Marine, makers of propellers (some in Novoston) and ship windows, was owned by J. Stone and Co (Holdings) Ltd[7].

By 1959 was a subsidiary of Stone-Platt Industries[8]: