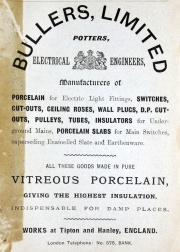 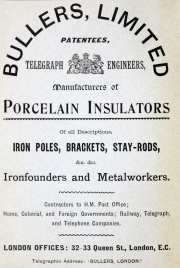 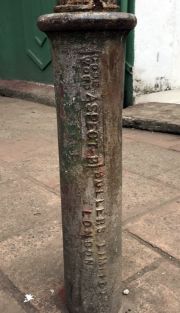 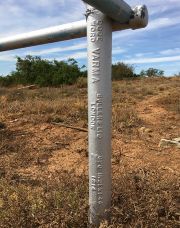 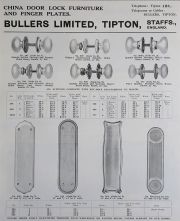 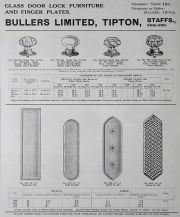 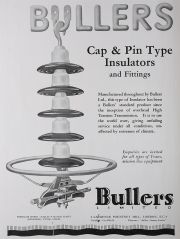 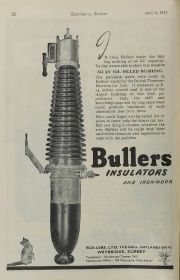 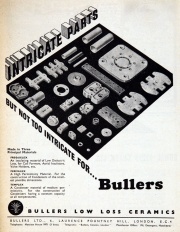 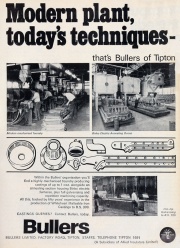 of 6 Laurence Pountney Hill, London EC, with ironworks at Tipton, and porcelain works at Milton and Hanley, Staffs.

1840 A member of the Buller family (might this have been John Divett, a Buller by marriage?) founded a pottery in Bovey Tracey

1865 The pottery (presumably W. W. Buller and Co) was moved from Bovey Tracey to Hanley, Staffs

1868 Began to make telegraph insulators and went onto specialise in metal components for insulators, including power lines.

1868 Dissolution of the Partnership between Wentworth William Buller, William Templer Hughes, and Ernest Wentworth Buller, carrying on business at Joiner's-square, Hanley, in the county of Stafford, as Manufacturers of Patent Cockspurs Stilts and Pins used in the manufacture of Earthenware, under the firm of W. W. Buller and Co. All debts due to and from the said firm will be received and paid respectively by the said William Templer Hughes and Ernest Wentworth Buller, by whom the said business will in future be carried on at Joiner's-square, Hanley aforesaid, under the firm of Buller and Co.[2]

1874 William Temple Hughes left the Partnership with Ernest Wentworth Buller and John Thomas Harris, carrying on the business of Manufacturers of Earthenware and Brassfoundery, and articles connected therewith, at Joiner's square, Hanley, in the county of Stafford, aud also at Birmingham, and at their Agencies in London and Glasgow, and elsewhere, under the style or firm of Buller and Co., as and from the 30th day of September, 1874, from which time the business has been, and will be carried on by the said Ernest Wentworth Buller and John Thomas Harris, on their own account, under the same style or firm; and notice is further given, that the said Ernest Wentworth Bulier and John Thomas Harris will discharge all,the debts and are entitled to all the credits of the said partnership.[3]

1885 Agreed with Howard Cochrane Jobson to form a new company, Buller, Jobson and Co to acquire the existing one and Jobson Bros which was carrying on a similar line of business.

1890 The company was incorporated at Bullers Ltd

1899 The company was registered as a public company on 10 May, to take over the business of telegraphic engineers, ironfounders etc of a private company of the same name. [5]

NB - this seems to be relevant but not quite sure how it fits in:

Charles Herbert Thompson was trained as a chemist and had many commercial interests in England and France. He formed the Crystaline Company as well as operating the firms of Bullers in Tipton and Thompson L'Hospied and Co near Stourbridge. He also owned an art pottery near to that of Clement Massier at Golfe Juan in the South of France. [12].

A correspondent writes - 'Arthur Tuffley attended Waldron Road School in London up until 1909 and migrated to Australia in 1912. Before leaving England, Arthur worked at Buller & Co Ltd as a goldsmith, manufacturing pearls and precious stone into fine jewellery.'