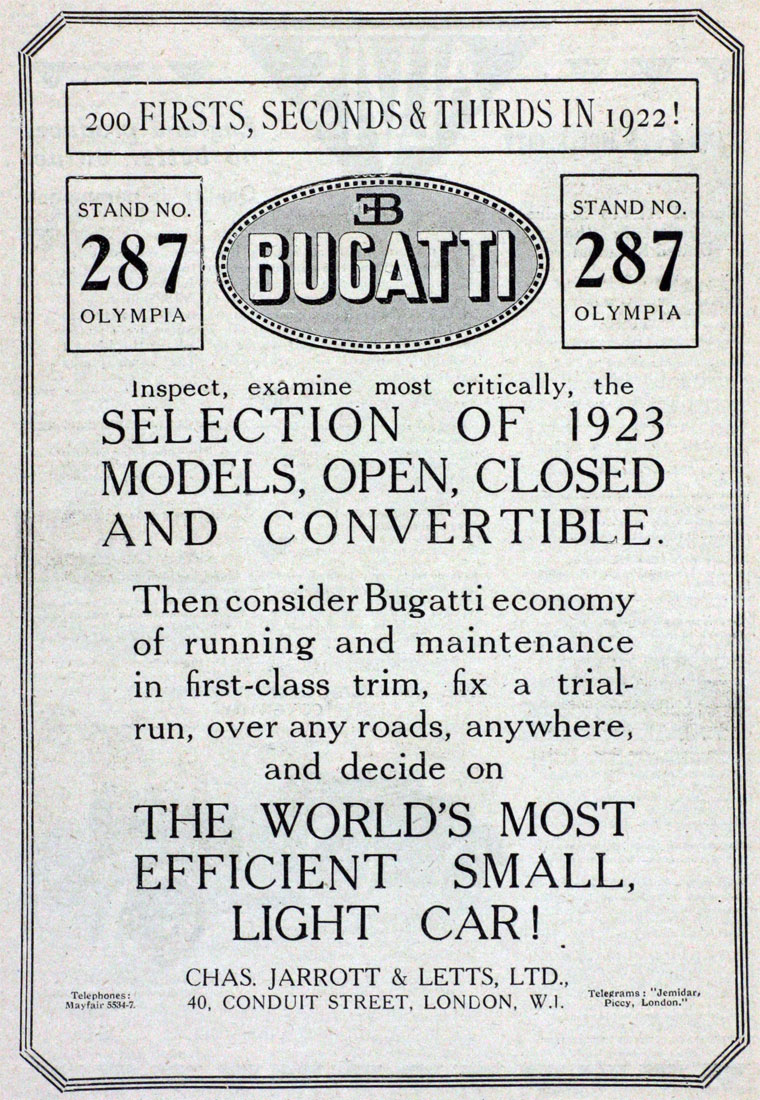 Bugatti was founded in Molsheim, France, as a manufacturer of high performance automobiles by Ettore Bugatti, an Italian man described as an eccentric genius.

The original company is legendary for producing some of the most exclusive cars in the world as well as some of the fastest. The original Bugatti brand failed with the coming of World War II, like many high-end marques of the time. The death of Ettore's son Jean was also a contributory factor. The company struggled financially into the 1960s eventually being purchased for its aeroplane parts business. Today the name is owned by Volkswagen AG who have revived it as a builder of very limited production sports cars.

Crossley Motors built around 500 of the Type 13