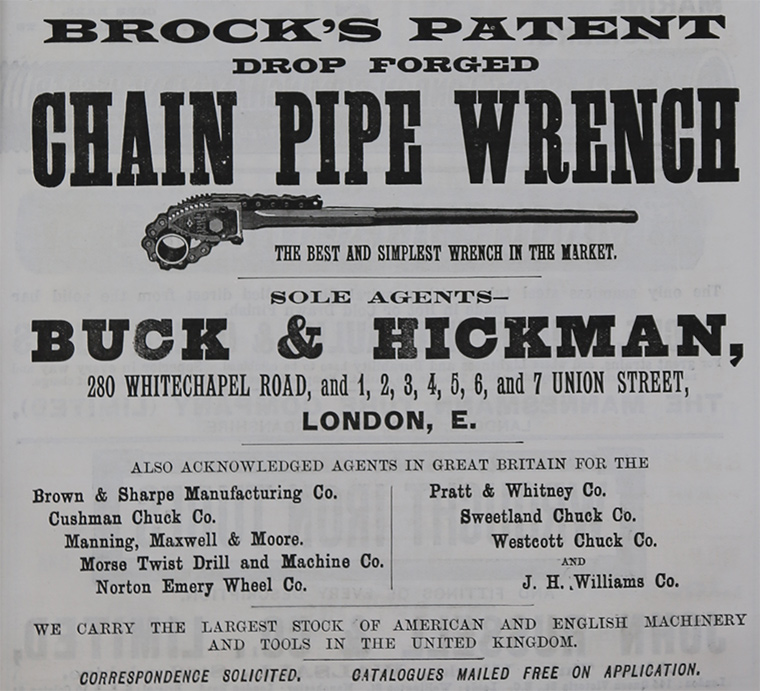 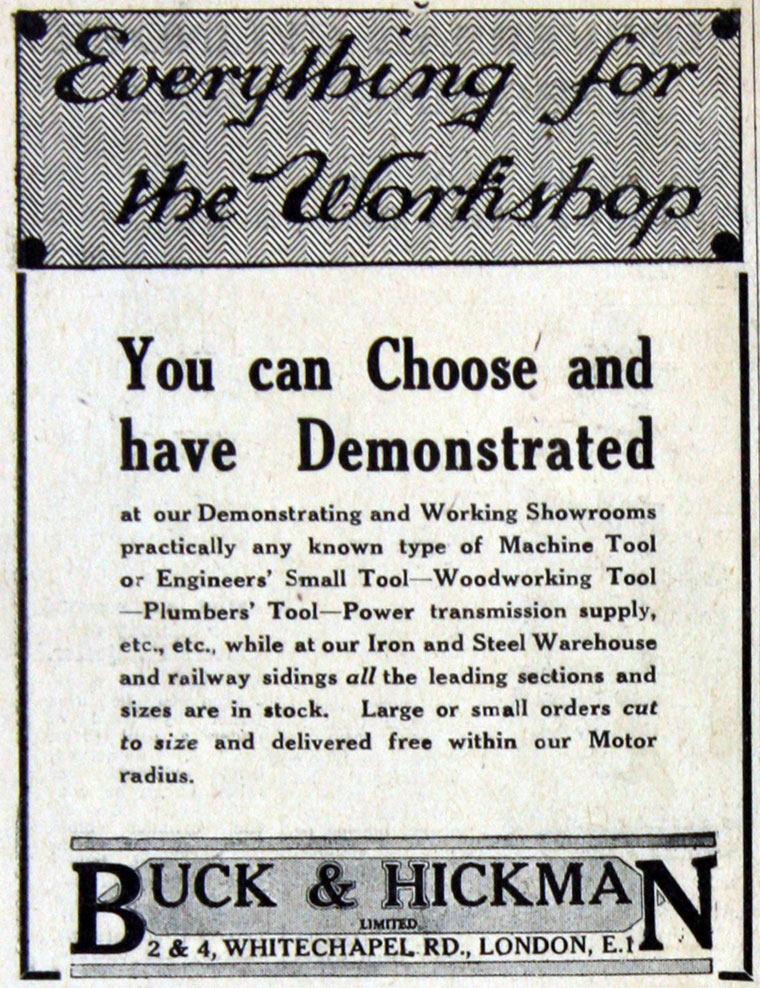 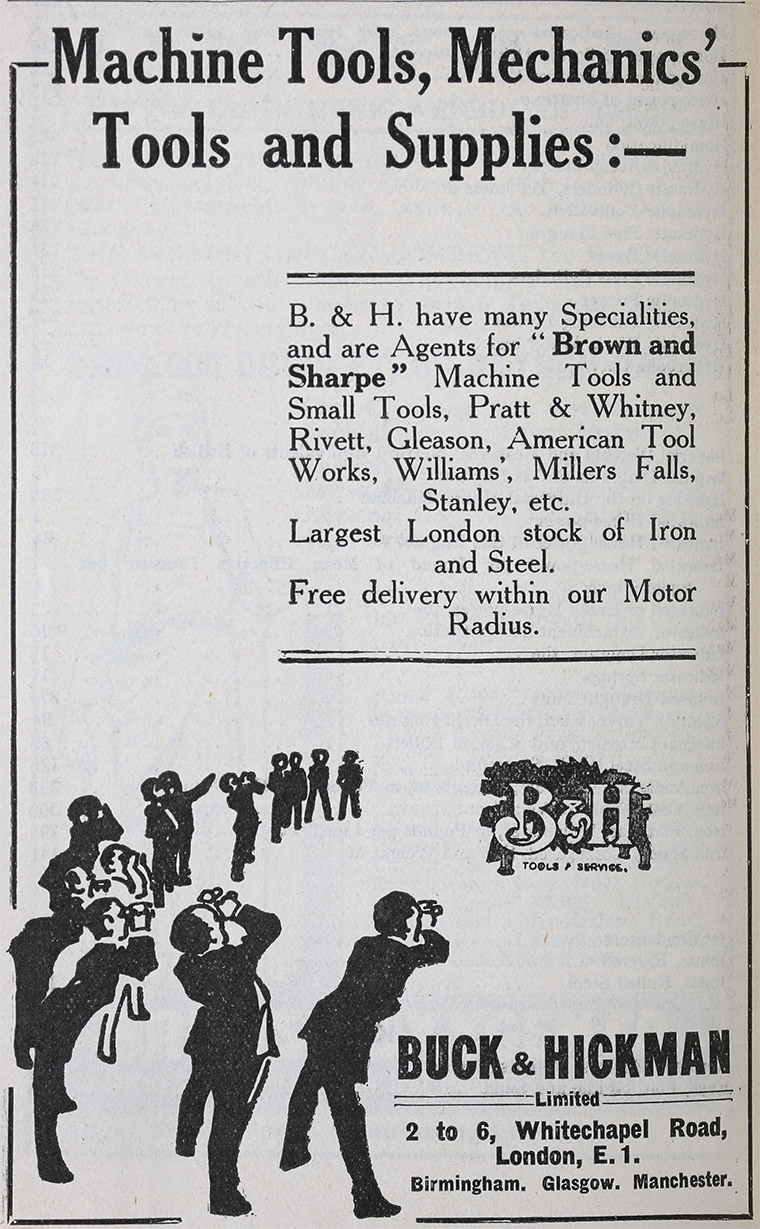 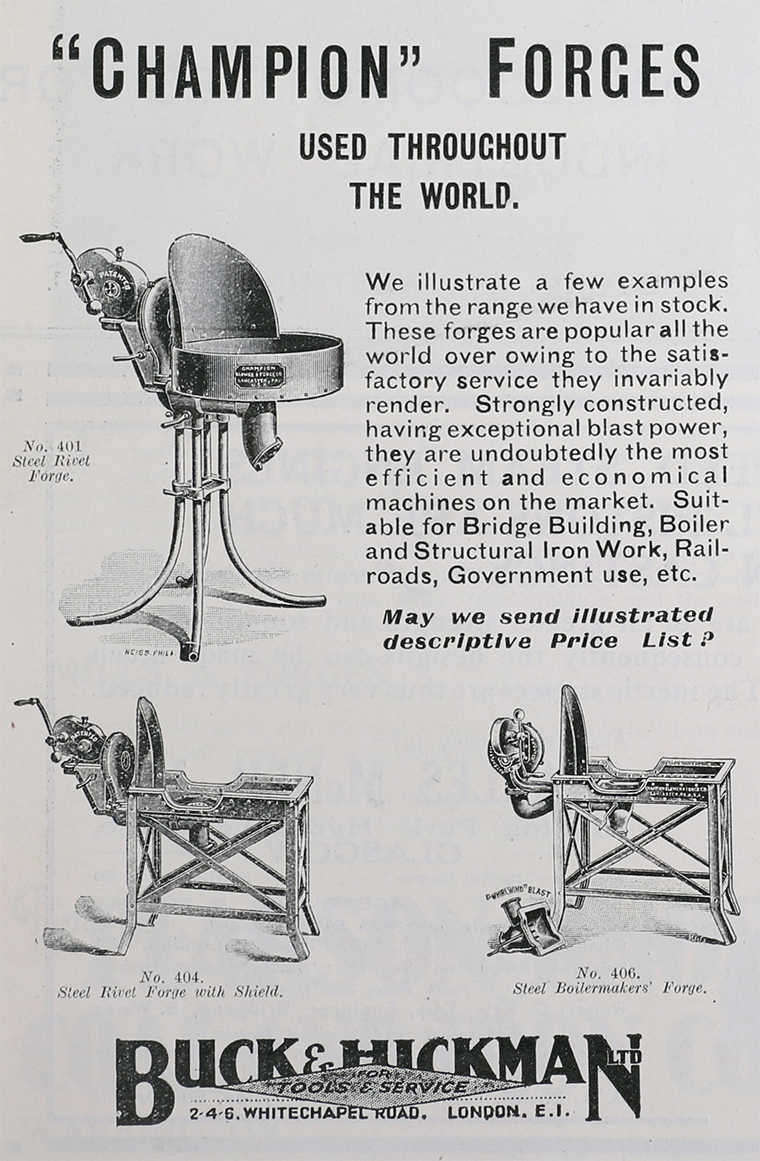 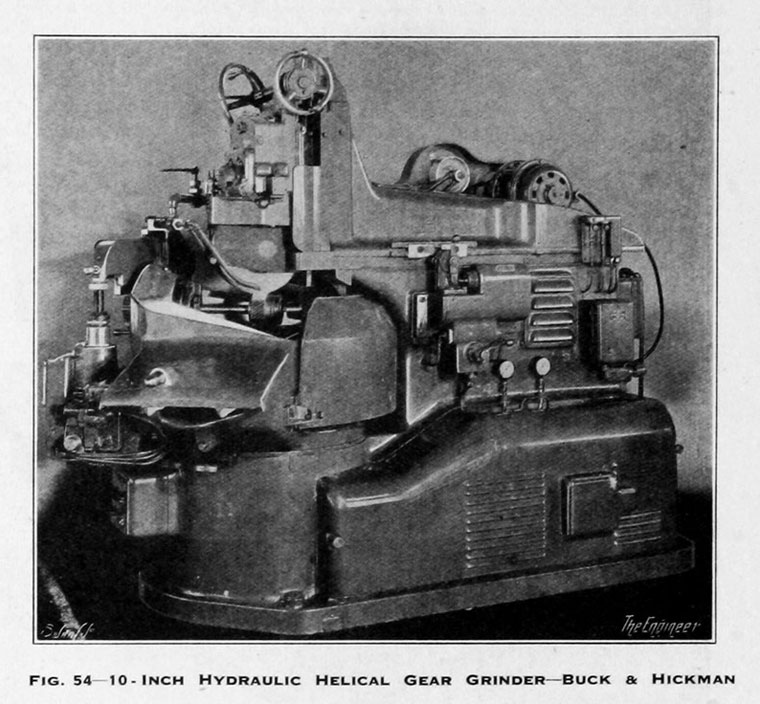 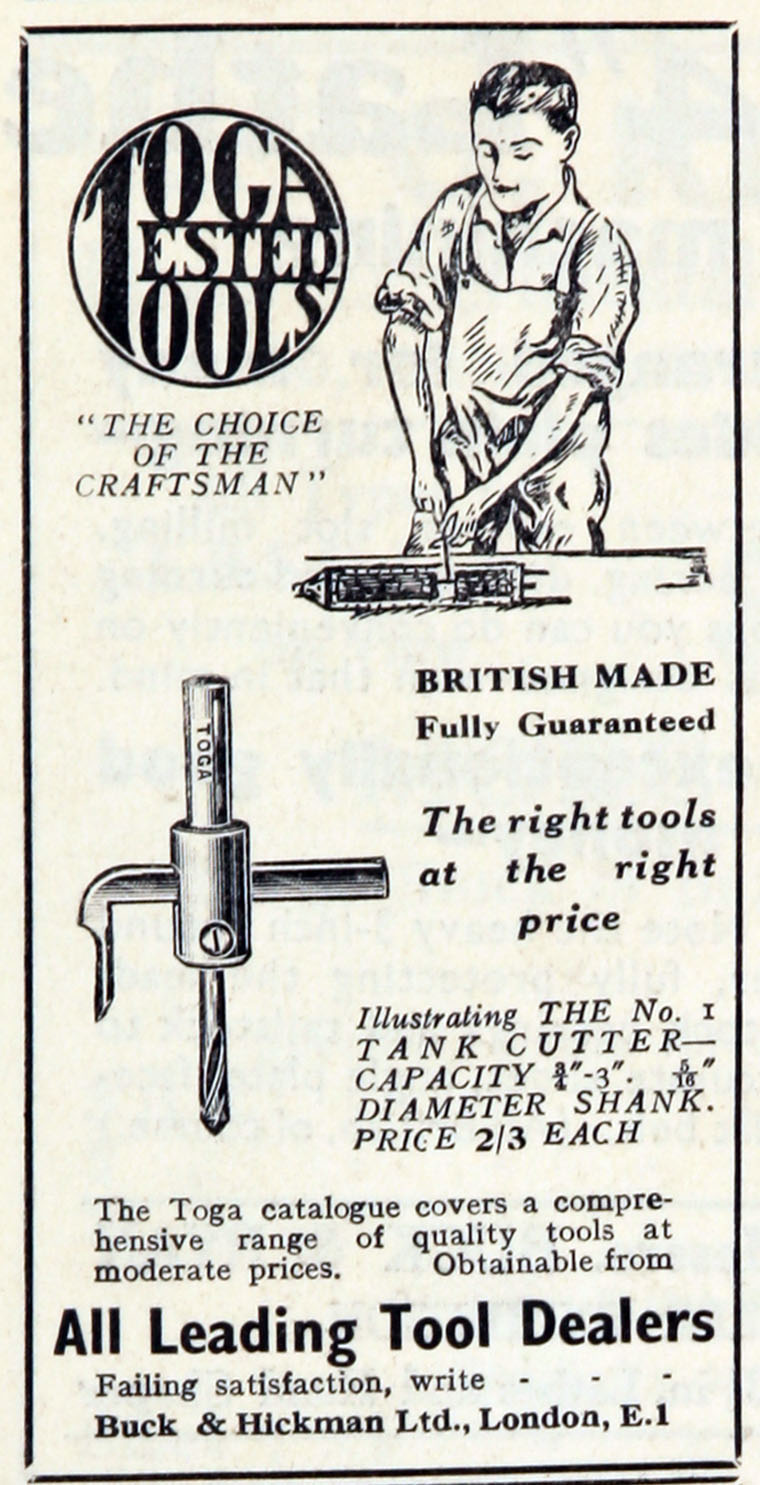 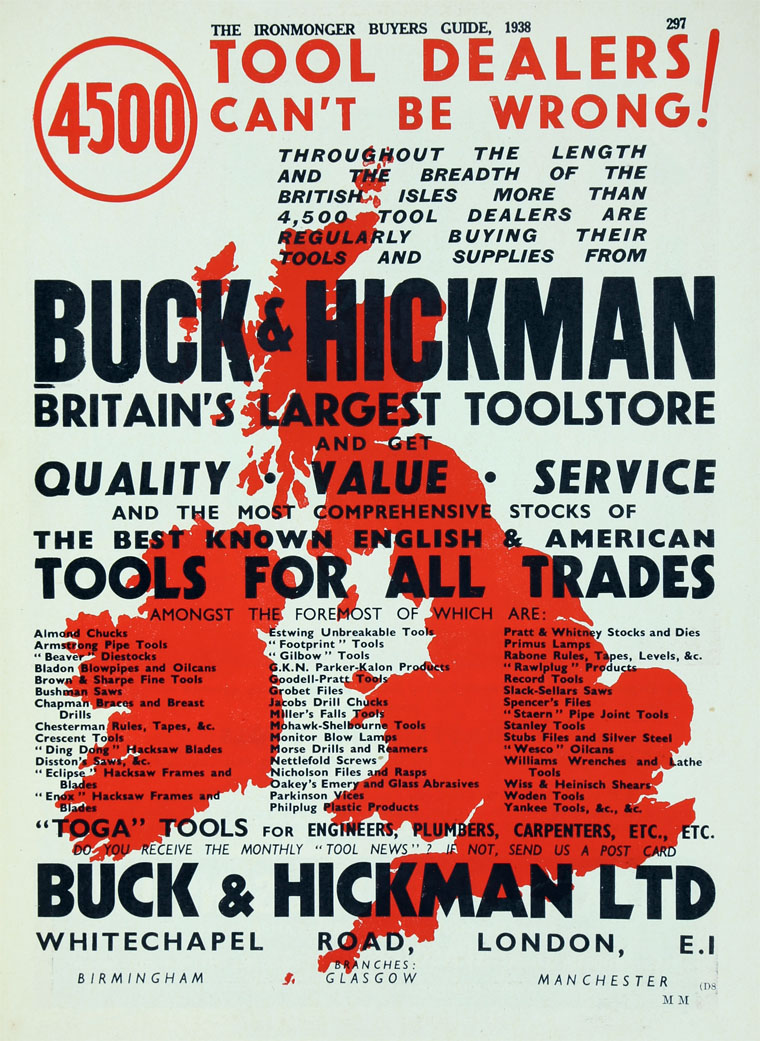 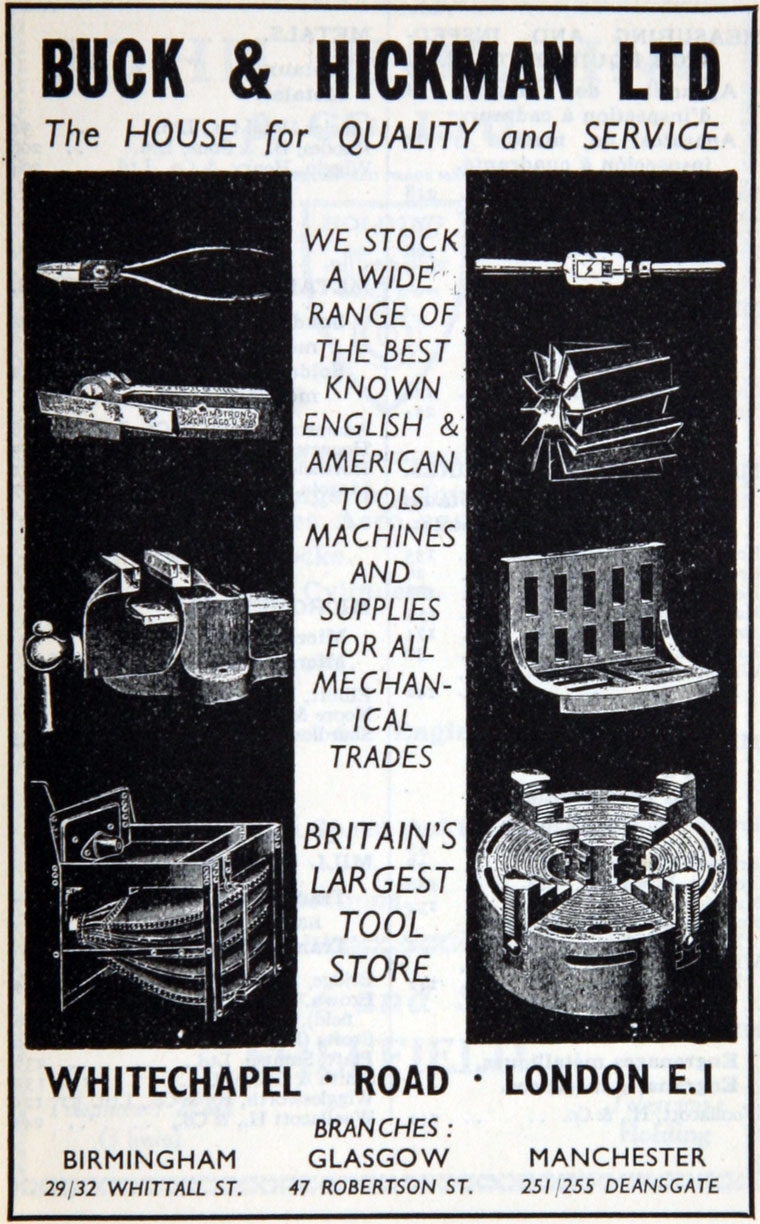 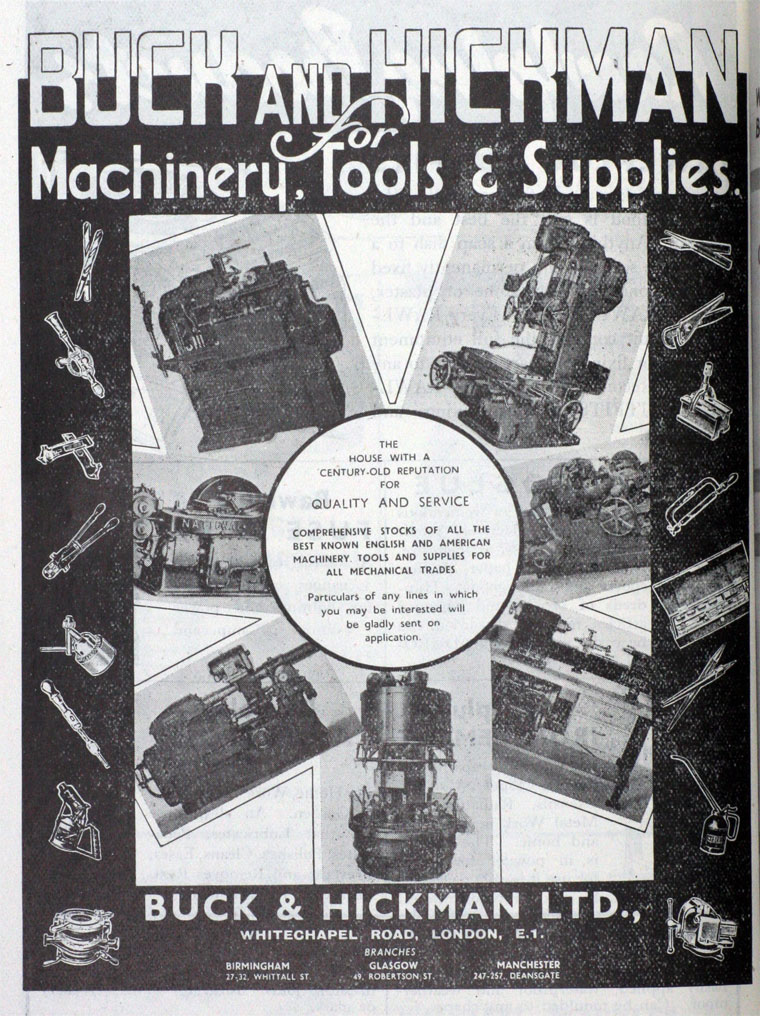 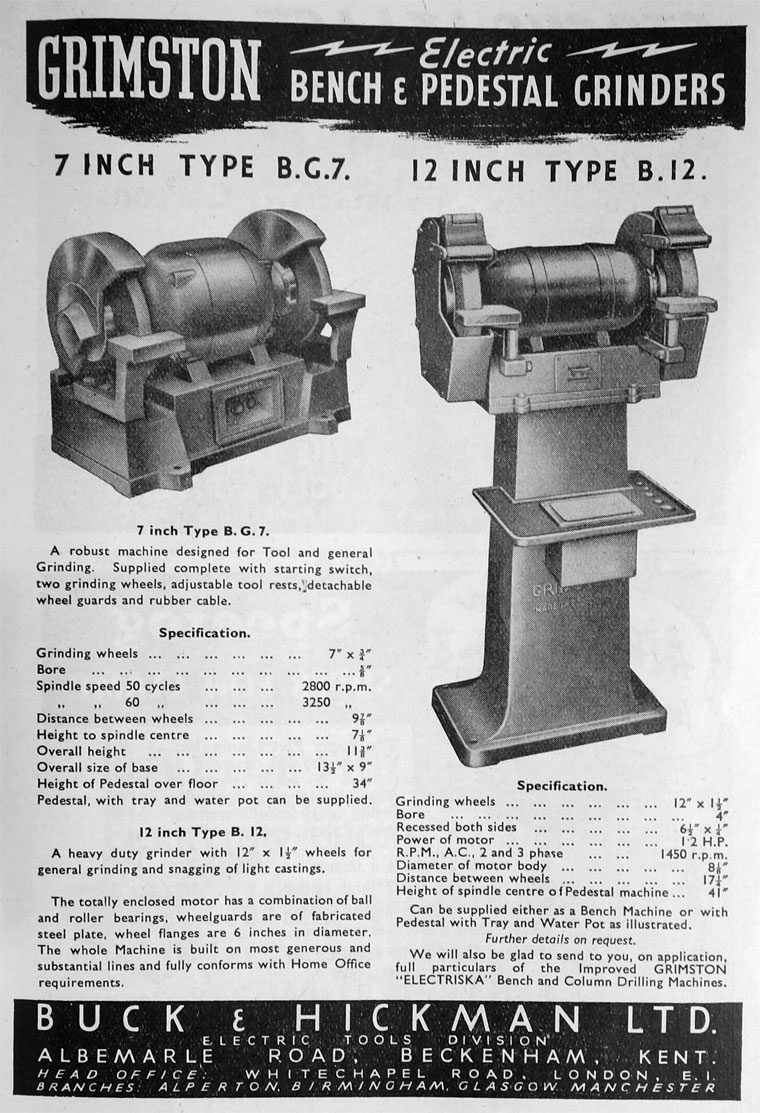 May 1950. Bench and Pedestal Grinders. 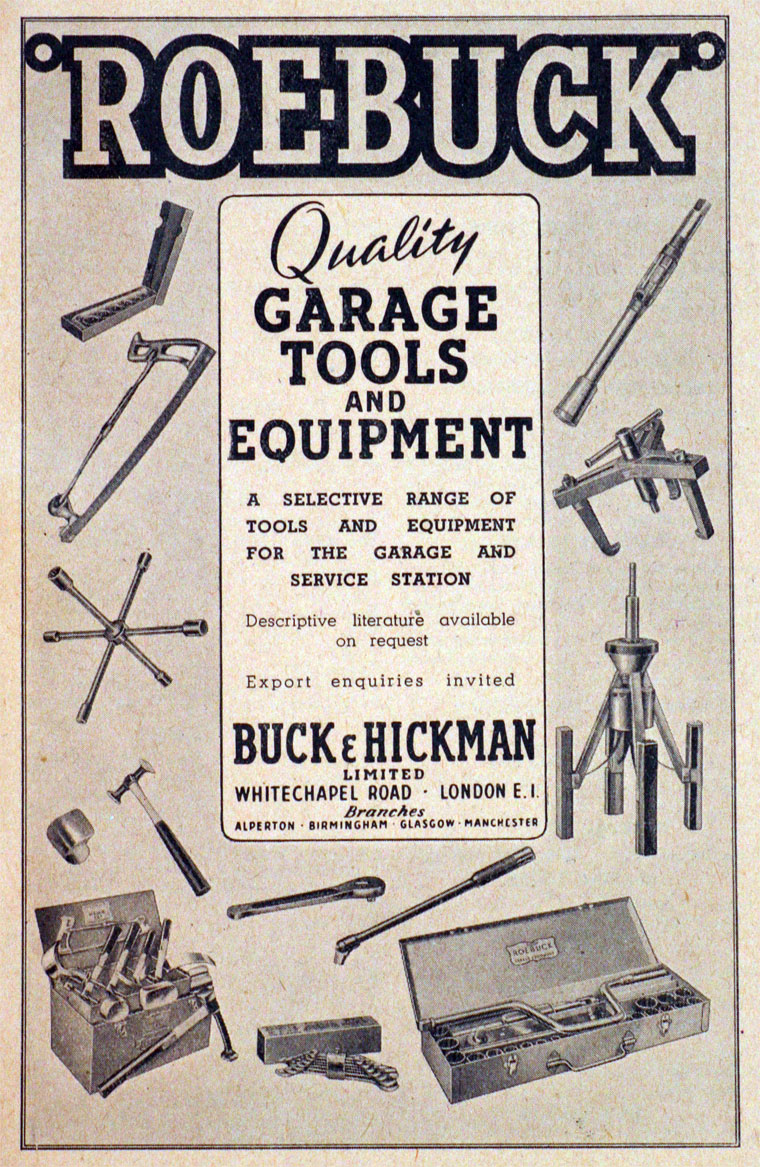 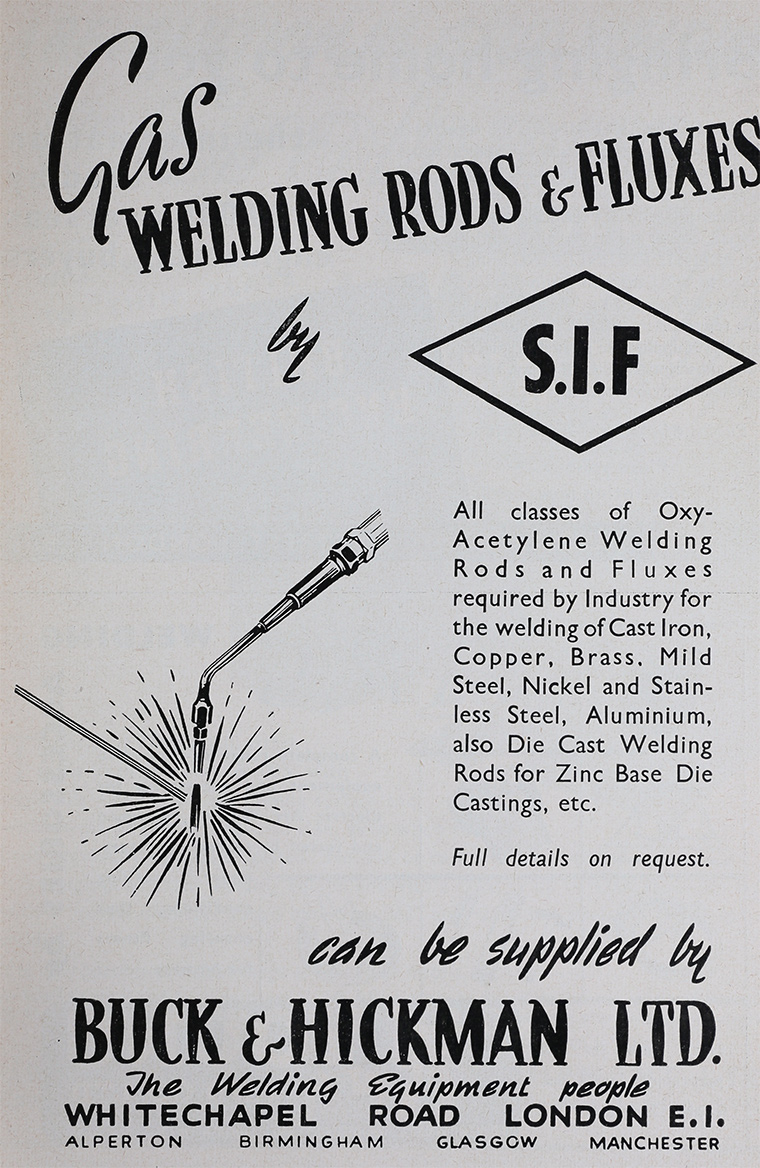 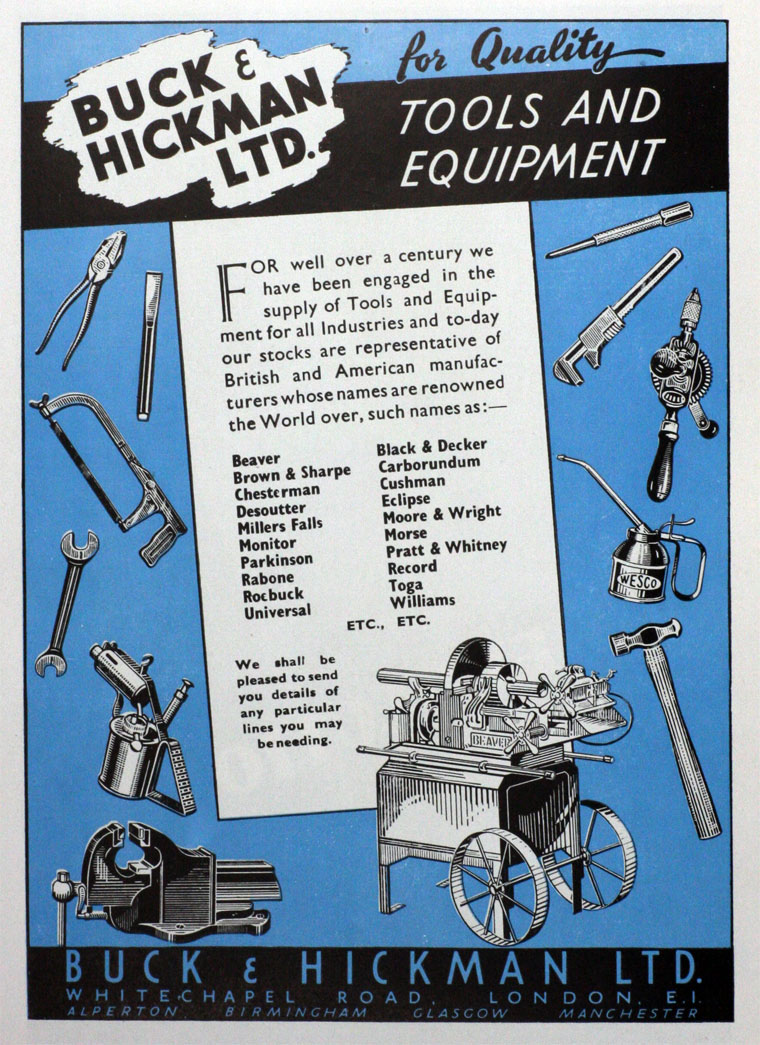 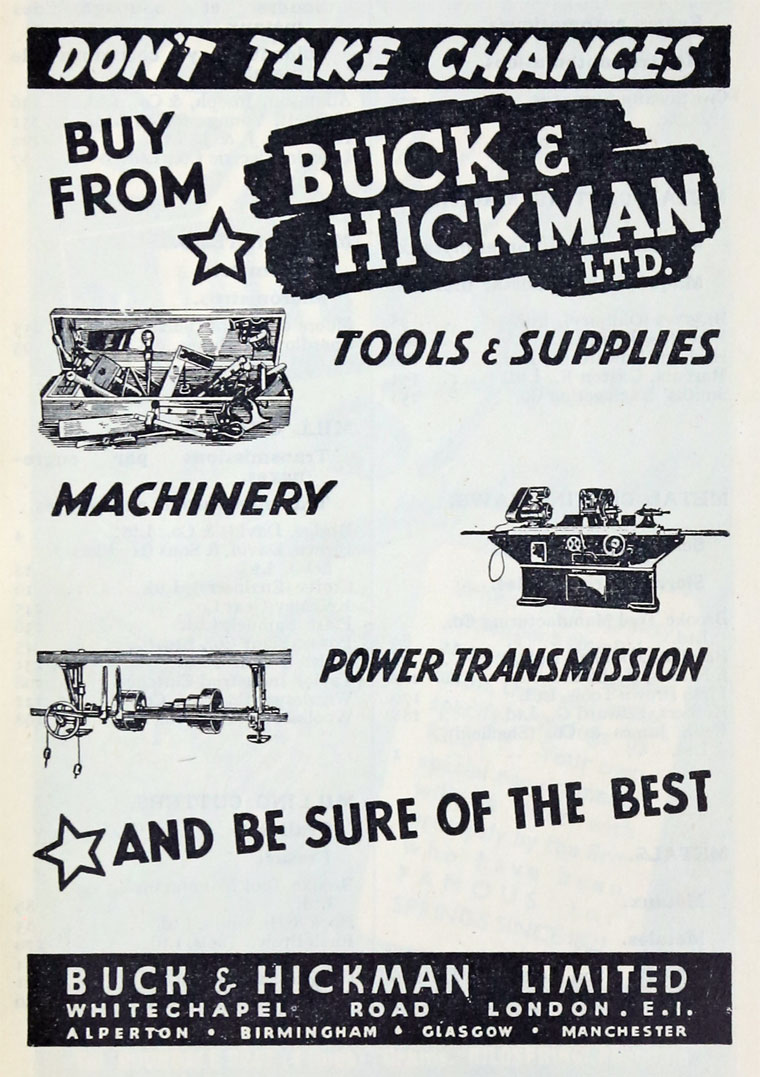 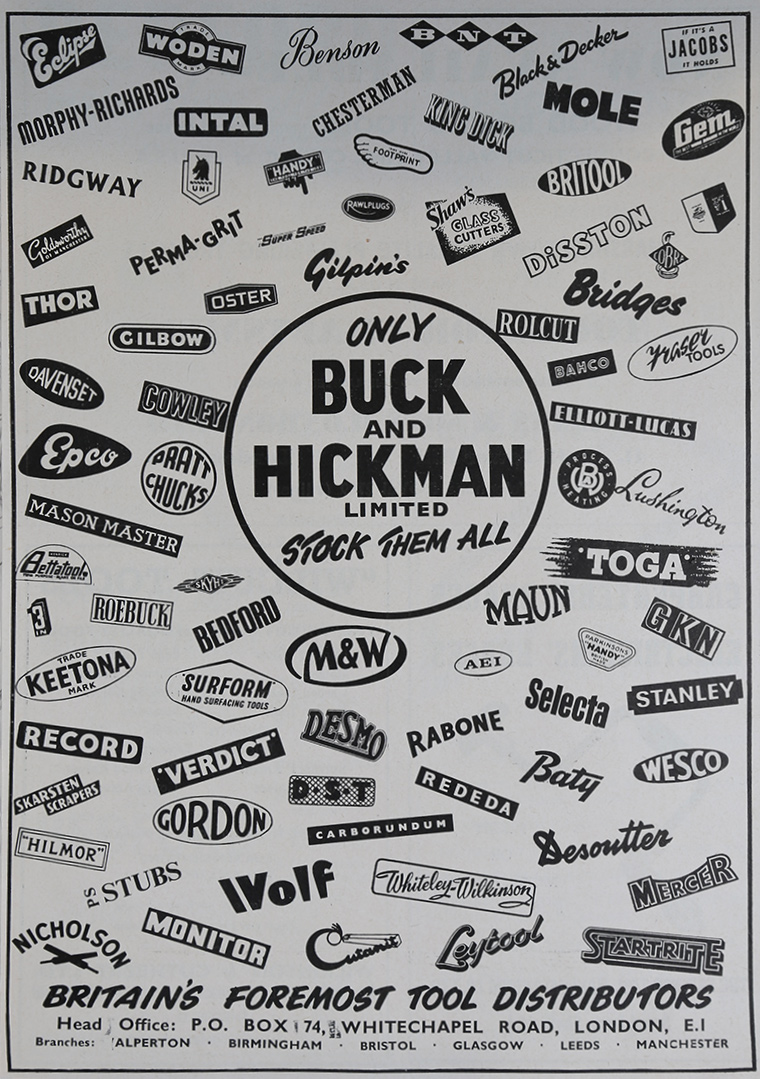 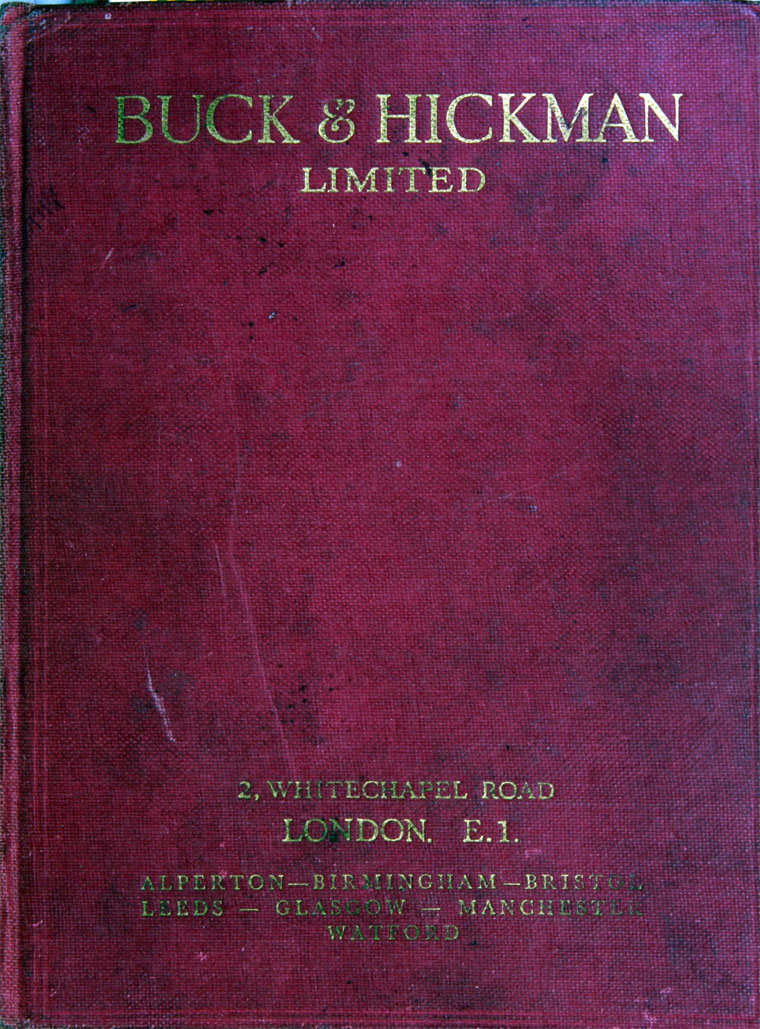 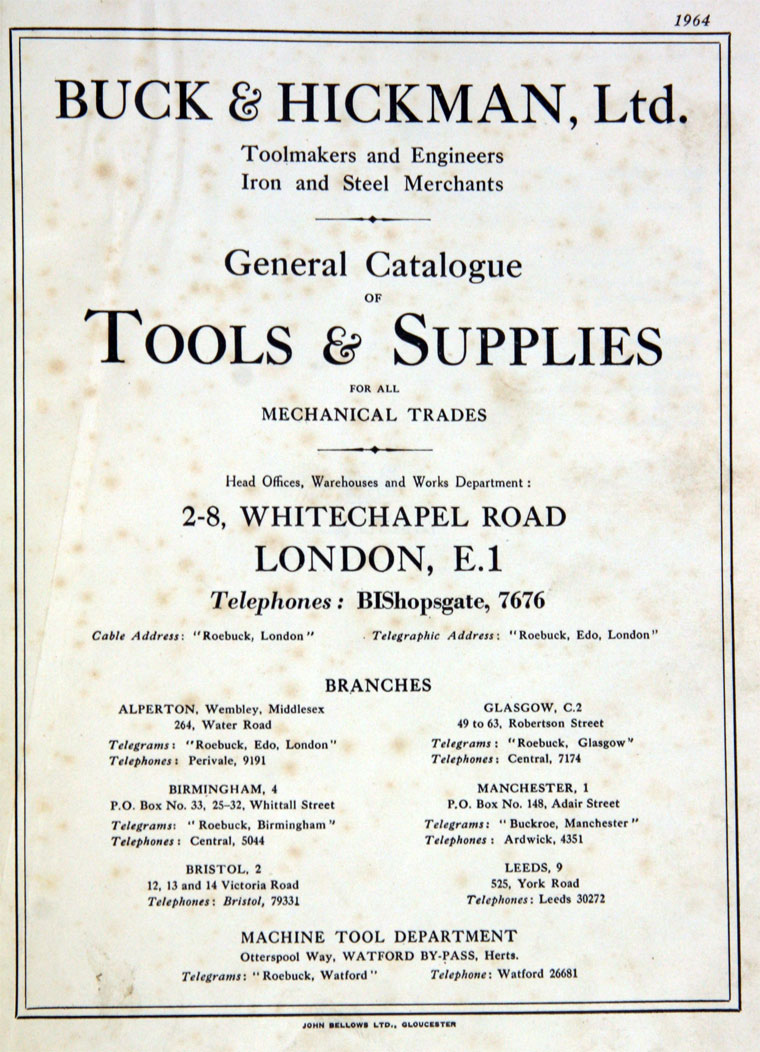 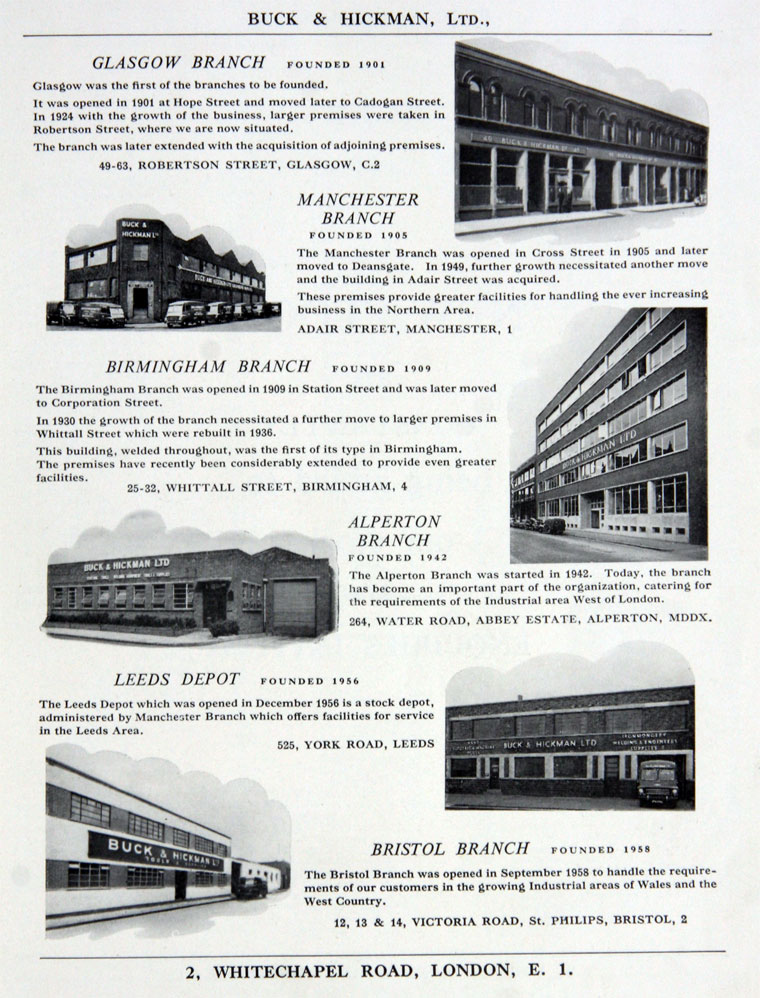 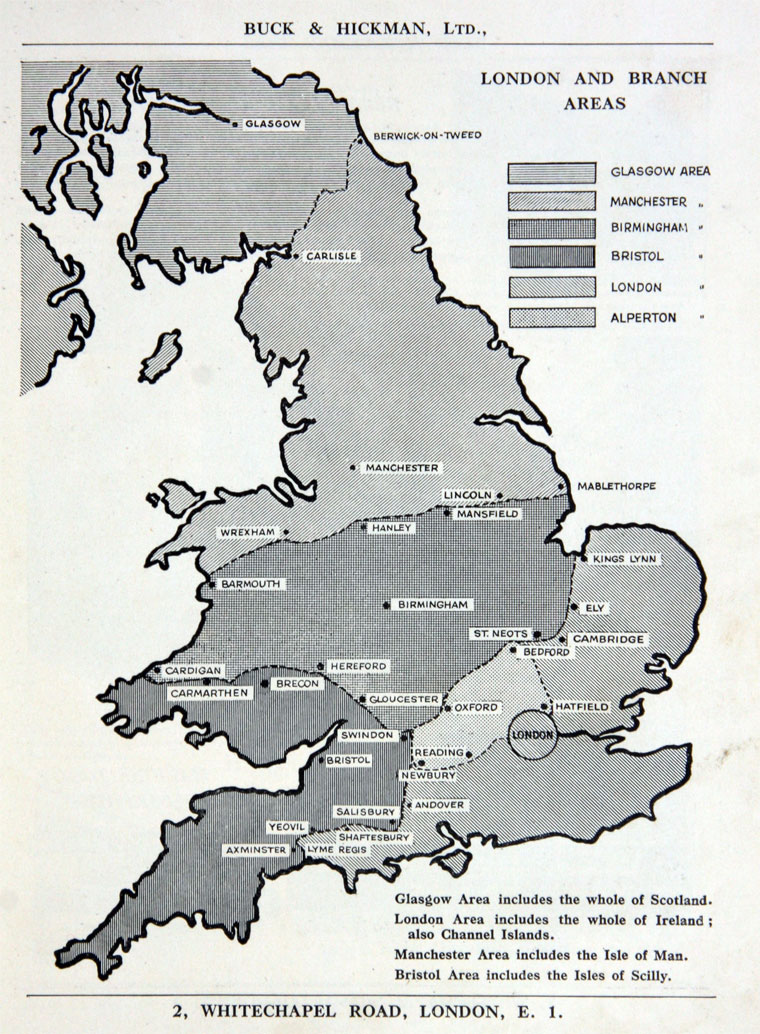 of 2 and 4 Whitechapel Road, London. Branches at Birmingham, Manchester and Glasgow

Matthew Buck, a saw maker from Sheffield, went to London and set up in business near Waterloo station.

Her son, John Roe Hickman (1829-1904) is apprenticed to his uncle George Buck and later goes into partnership with him and the business then becomes Buck and Hickman

1894 Catalogue of machinery. B&H are manufacturers and factors. [4]

1907 Advert for "Brown and Sharpe's and Starrett's fine tools on exhibition and in stock". Rules, micrometers, gauges, calipers etc. [6]

1974 The family business is bought by the Sterling Guarantee Trust