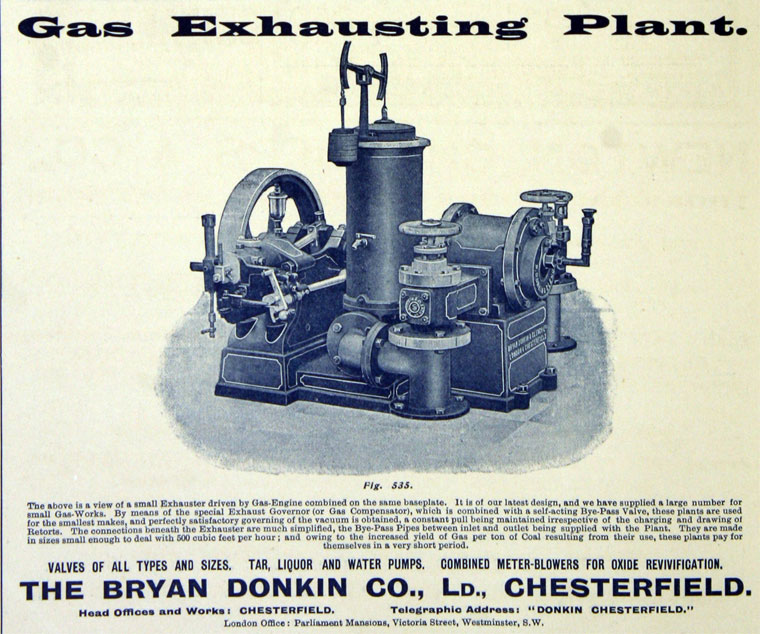 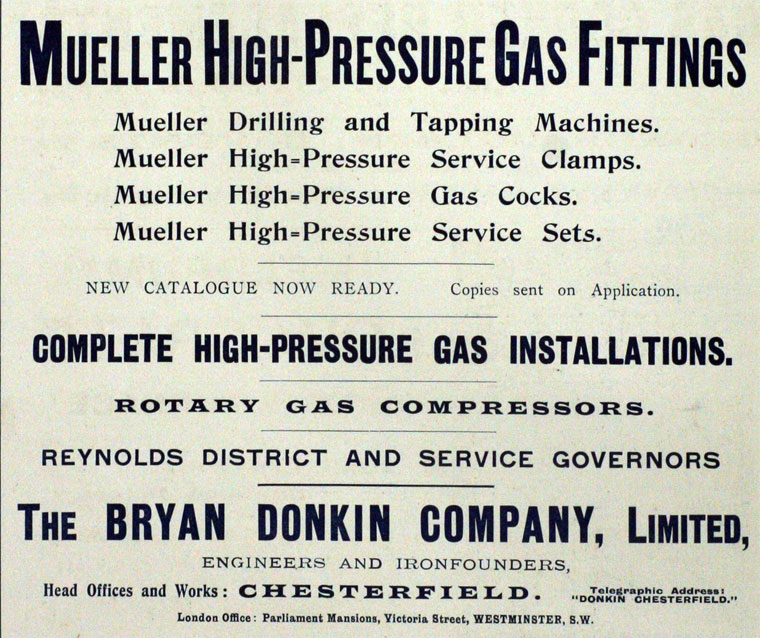 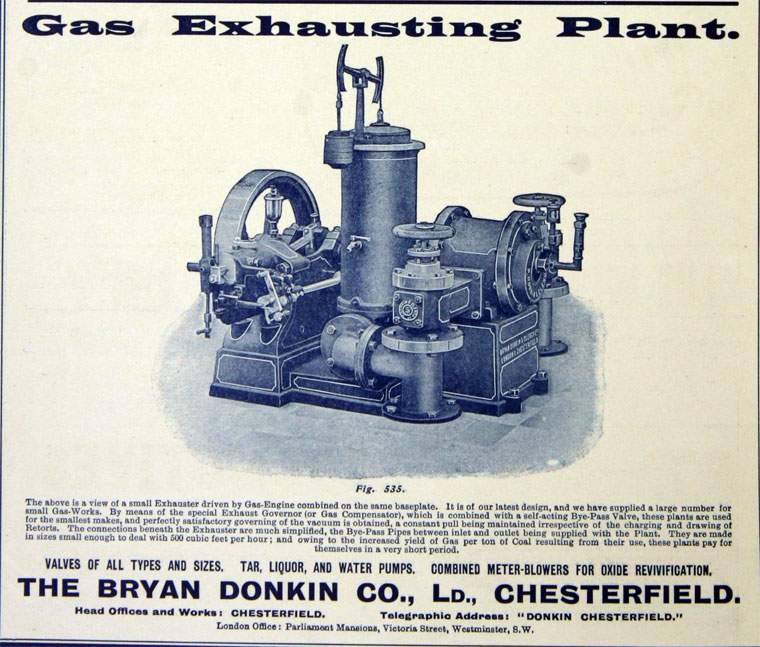 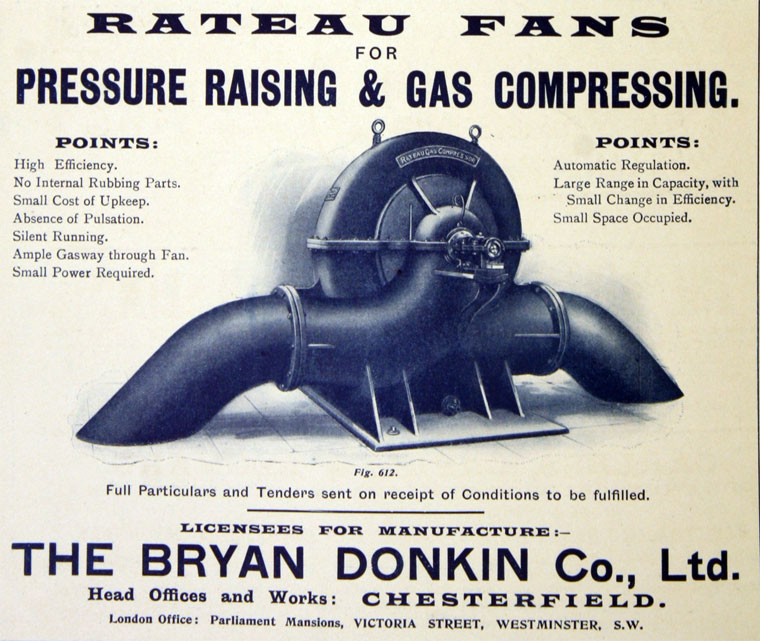 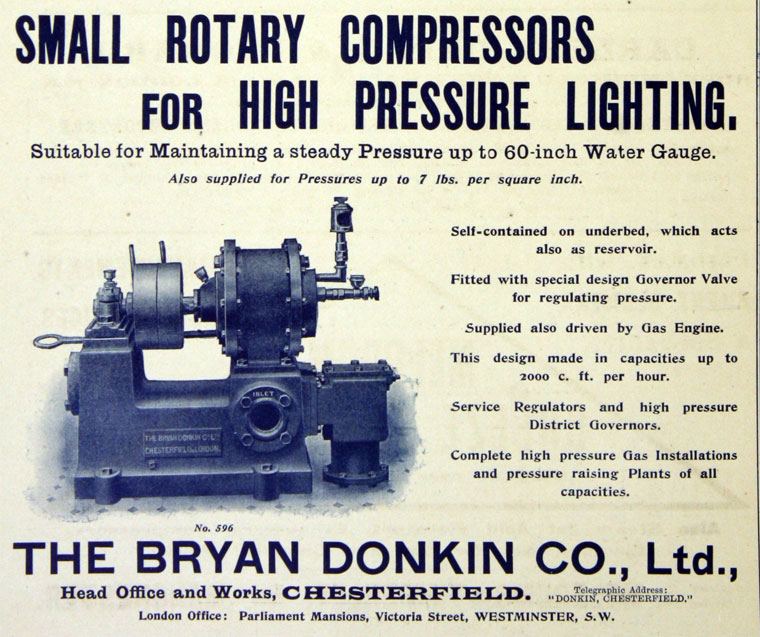 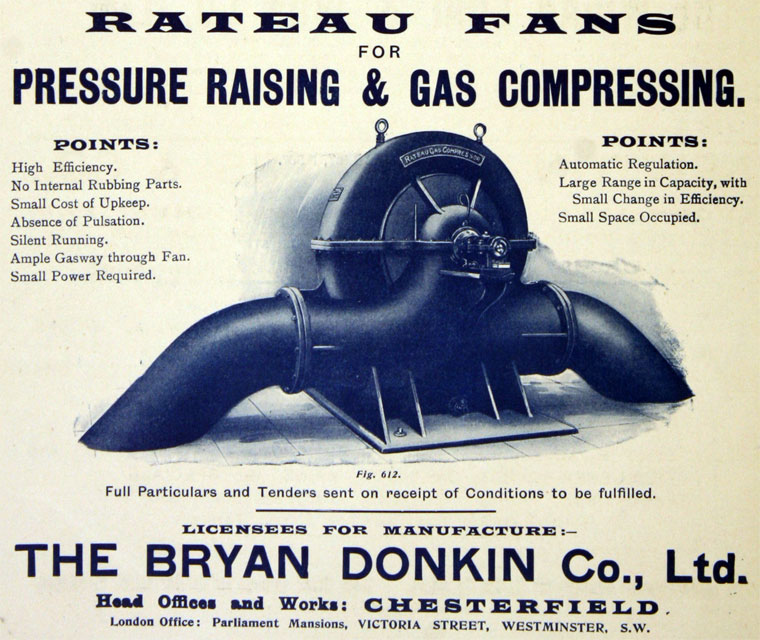 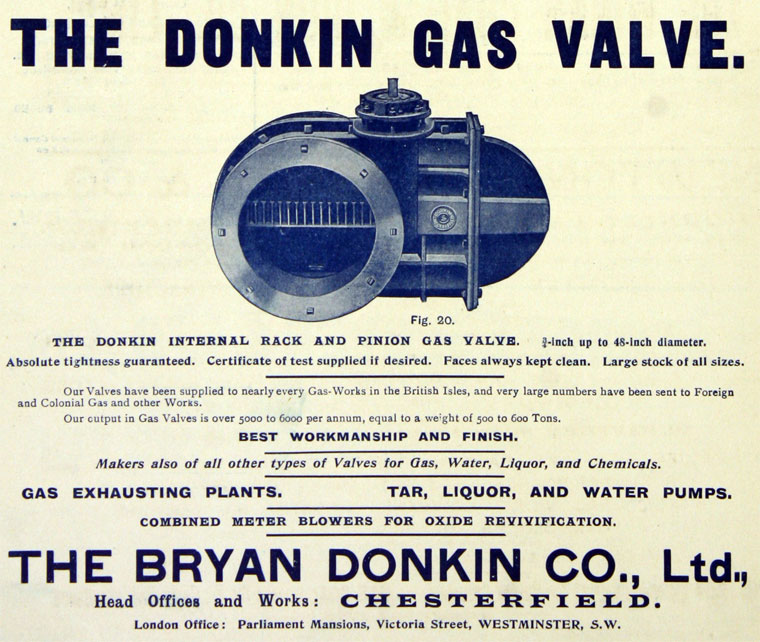 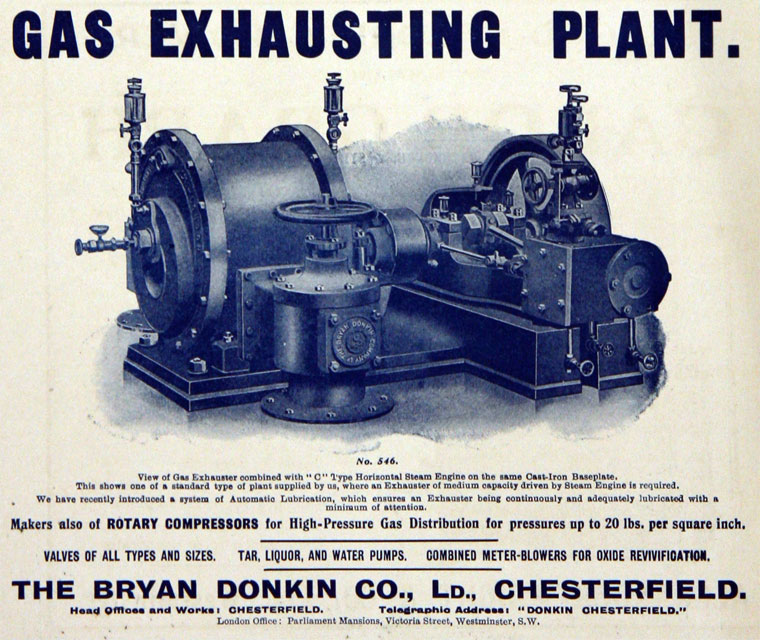 The business was originally established by Bryan Donkin (1768-1855).

1910 Bryan Donkin Co began the manufacture of turbo-exhausters and blowers based on the Rateau principle.

1920 Issued catalogue on diaphragm gas regulators. The company is of Chesterfield. [2]

1949 B. H. D. Engineers formed as a public company to acquire Bryan Donkin and Co and W. C. Holmes and Co, to carry on business as mechanical, chemical and gasworks plant engineers and ironfounders[5].

1949 Sydney Bryan Donkin, great-grandson of the founder of the firm, was elected President of The Institution of Civil Engineers[6]

--- of Lincoln (or does this refer to Lincoln Works?)