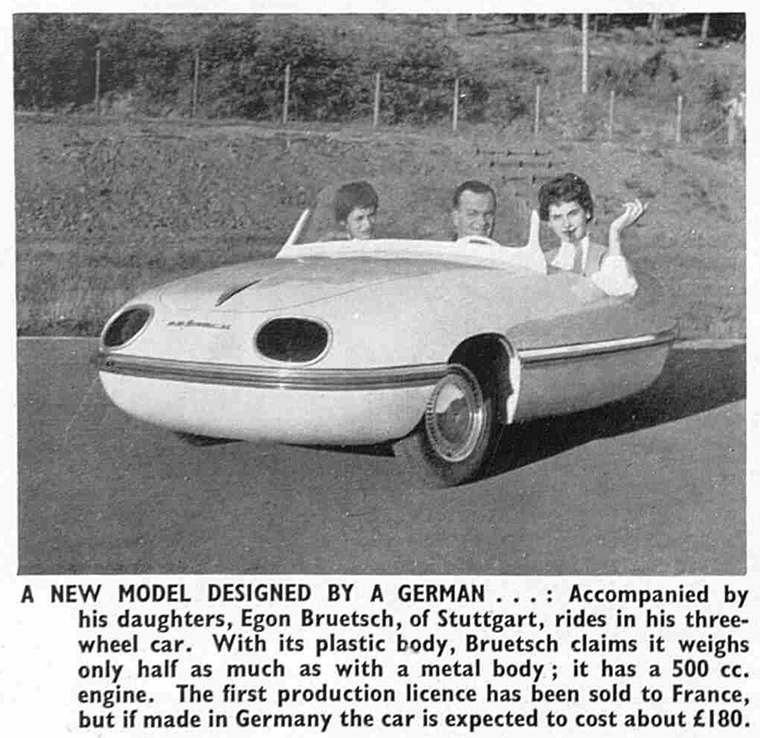 Egon Bruetsch was a Stuttgart, German microcar made under licence in the UK

Brutsch were best known for producing a large number of different microcar designs, but only produced small numbers of each design and the primary function of the company appears to have been that of the development and promotion of each design to sell licences to manufacture to other companies.

Between 1952 and 1958, eleven different models of car were manufactured by Brutsch, but the total production of all models by the company is believed to be only eighty-one cars.

1956 November. Produced the Mopetta three-wheel microcar 198cc and sold at £156. Other engines available including a 500cc. The Managing Director is R. P. Froggatt.[2]

1956 December. Announce they are moving to Donington Park, Northampton.[3]