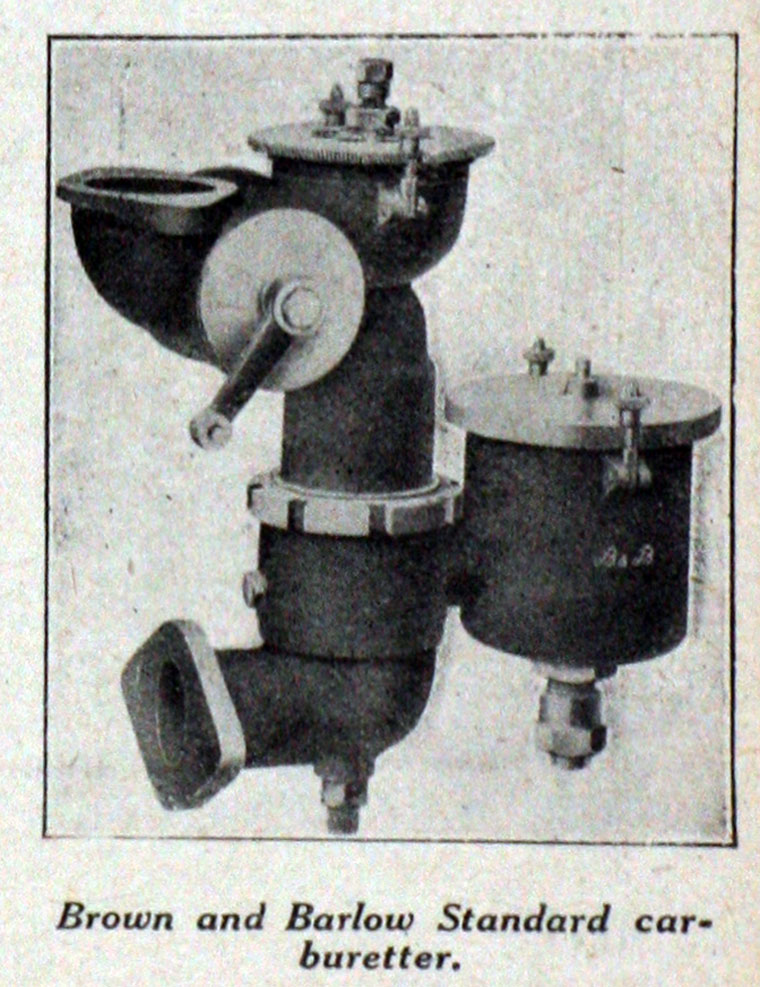 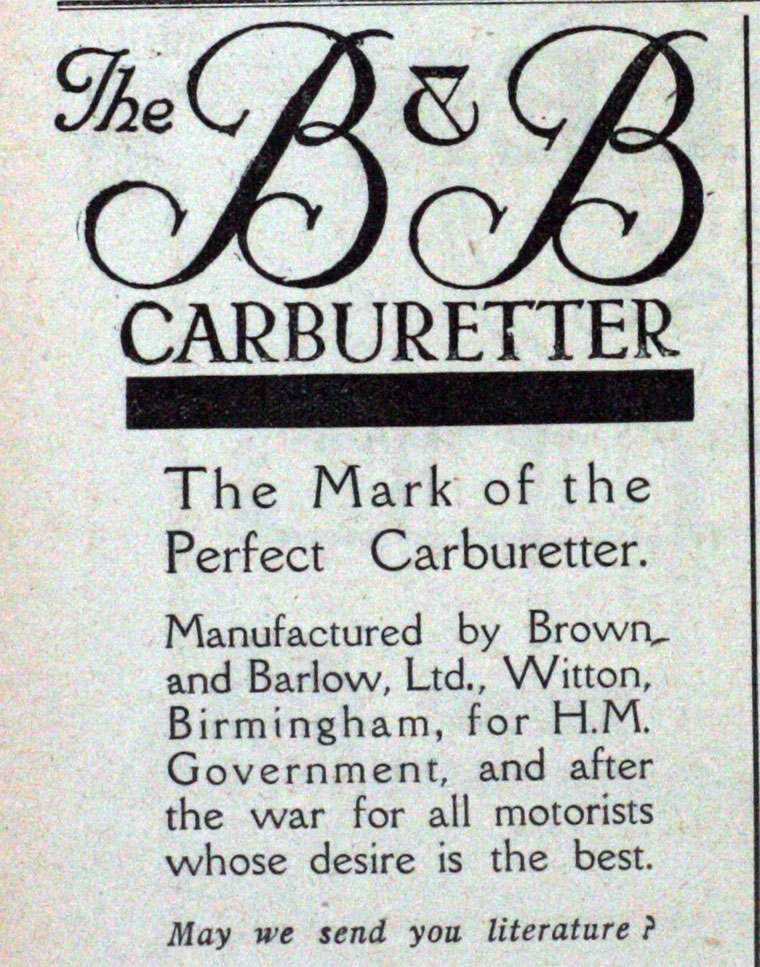 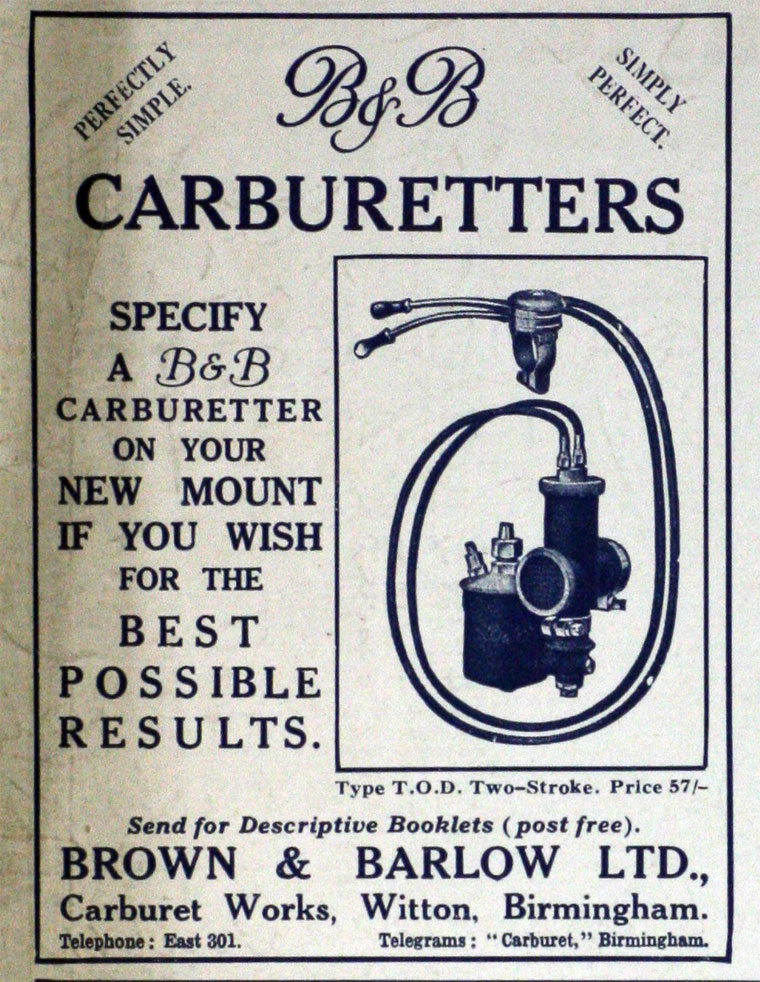 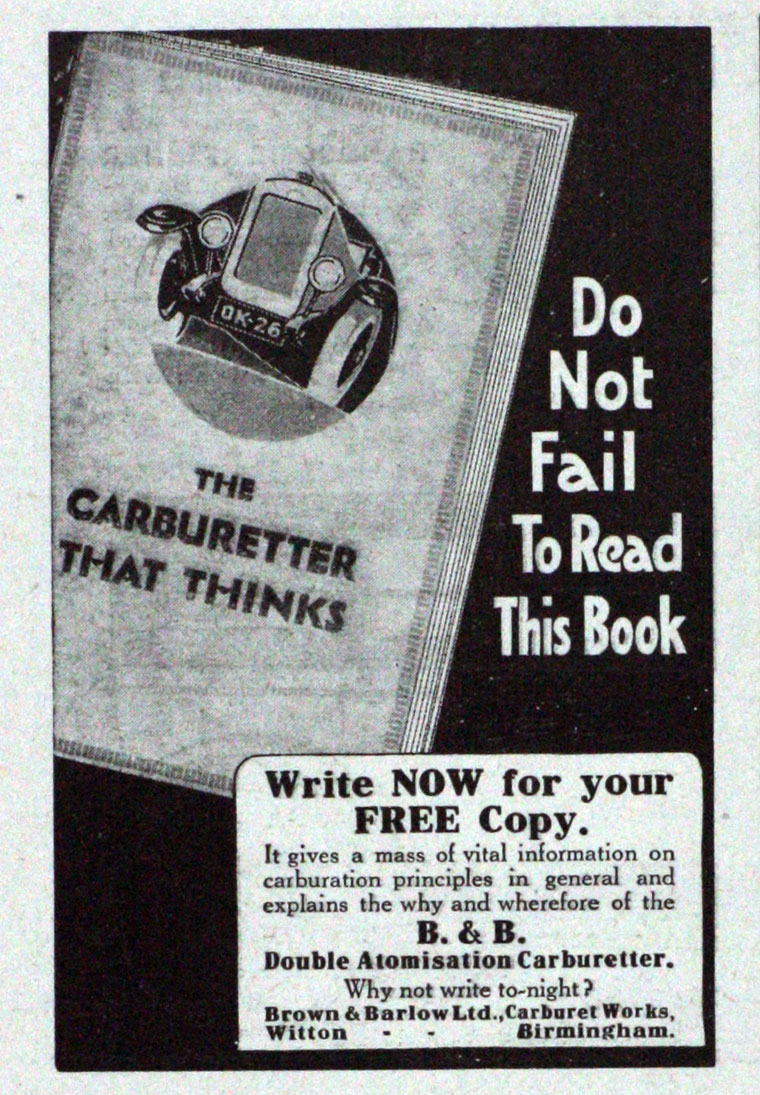 1900-1940s Makers of carburettors for much of this period. They used the spelling 'carburetters throughout.

1911 Carburettor with 2 separate jets and a pilot was exhibited at Oympia Motor Show[1]. The company showed 8 different types of carburettor[2]

1915 Patent to Clement Brown and Brown and Barlow Ltd: Improvements in or relating to Carburettors for Internal Combustion Engines.

1923 Application for a patent on a twist grip control: "Improvements in or relating to operating means suitable for flexible power transmission mechanism"[4]

1924 A Humber motorcycle and sidecar was launched; the deluxe version used a Brown and Barlow carburettor whilst the standard Six Days model used an Amac carburettor[5]

1927 Amalgamation of several organisations including Brown and Barlow to form Amalgamated Carburetters Ltd, in order to manufacture and market carburettors and associated products.