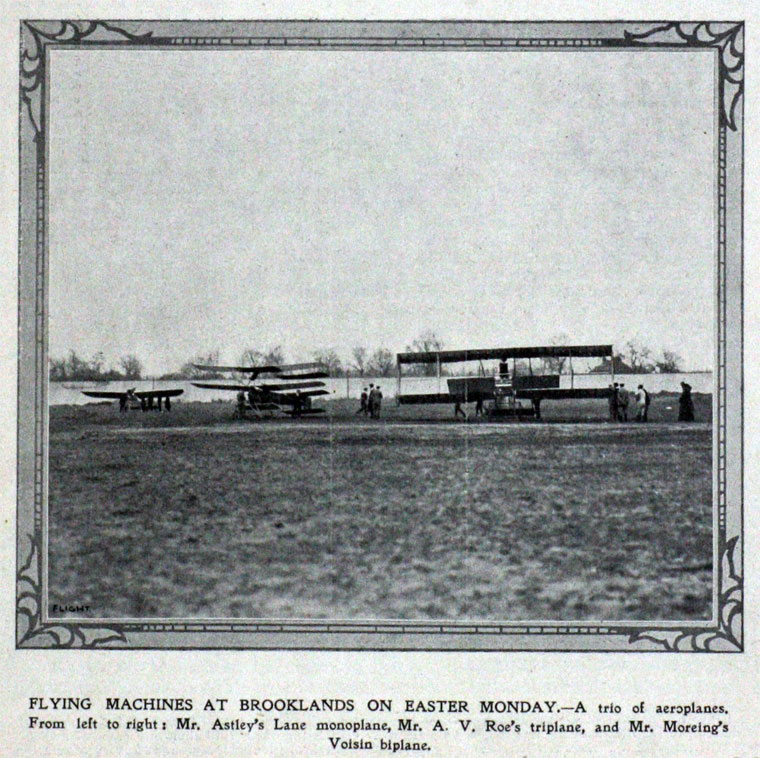 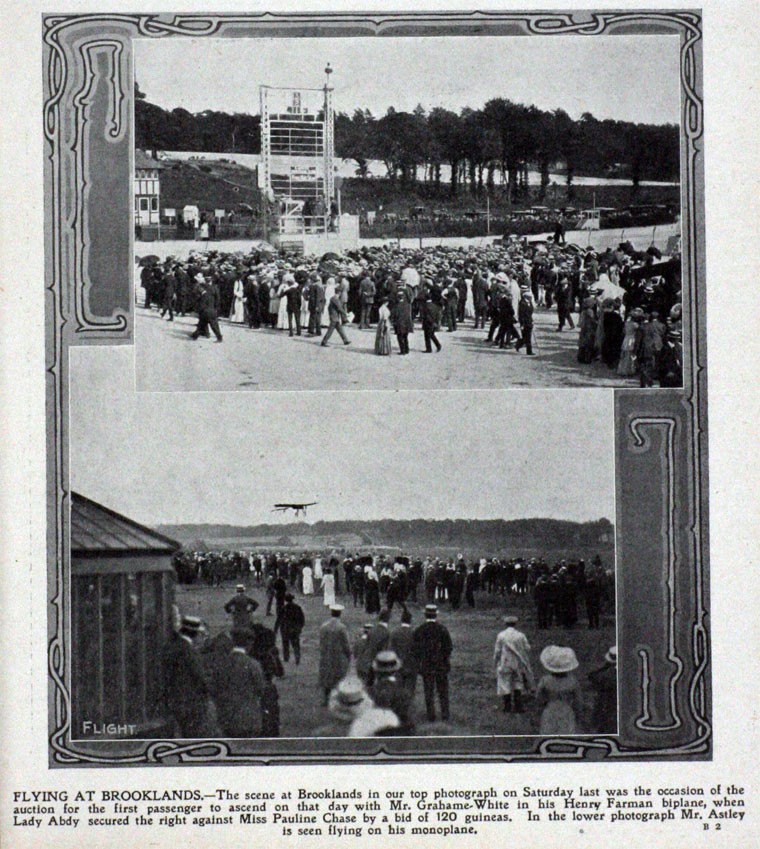 The airfield situated at the Brooklands Race Track.

In 1908 Brooklands Airfield hosted the first flight of an English aircraft by an English pilot, Alliott Verdon-Roe.

In February 1912, Thomas Sopwith opened his Sopwith School of Flying and, in June 1912, Sopwith, with several others, set up the Sopwith Aviation Co here, although their main premises were at Kingston upon Thames.

Blériot, Martinsyde, and Vickers later set up production at Brooklands. Many flying schools operated here before 1914 and the aerodrome was a major flying training centre between the wars.

In World War II, the site was again used for military aircraft production, in particular the Vickers Wellington and was extensively camouflaged. Trees were also planted into the concrete of the circuit to help screen the Hawker and Vickers aircraft factories there.

From 1944-72 Vickers (and later BAC) also used nearby Wisley aerodrome which offered a longer runway and less built-up surroundings.

After the war, the circuit was in poor condition and was sold to Vickers-Armstrongs in 1946 for continued use as an aircraft factory. New aircraft types including the Viking, Varsity, Viscount, Vanguard and VC10 were next manufactured and delivered from there.

In 1951, a section of the race track's Byfleet Banking was removed to allow Vickers Valiant V-bombers to be flown out to Wisley.

The Vickers factory became part of the new British Aircraft Corporation in 1960 and went on to design and build the BAC TSR.2, One-Eleven and Concorde. The factory contracted in size in the mid-1970s and finally closed in 1988-89.