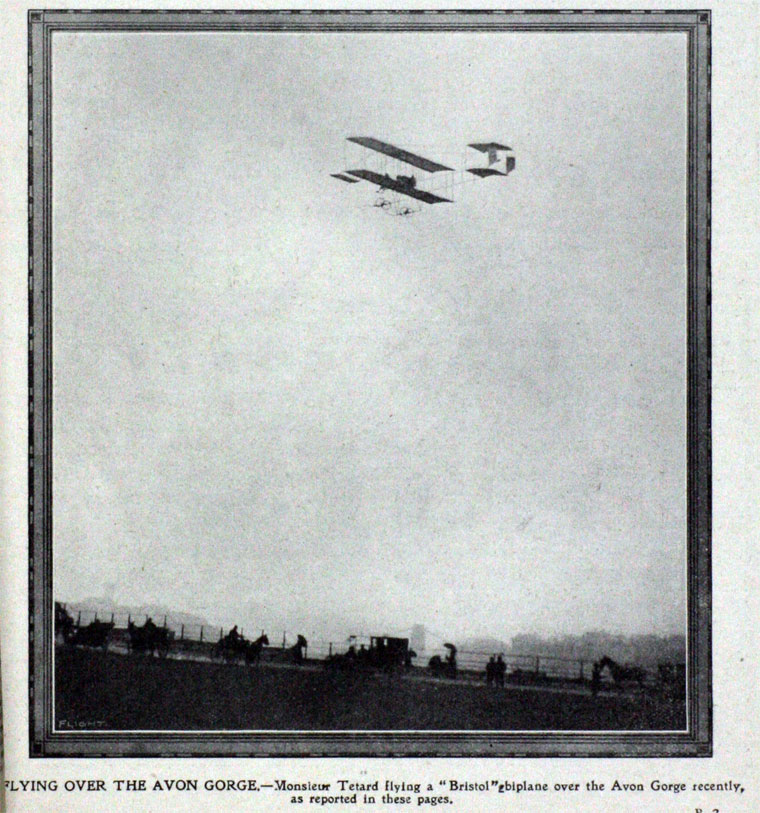 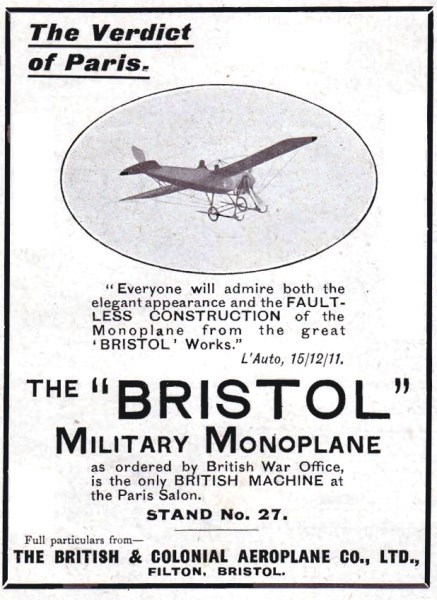 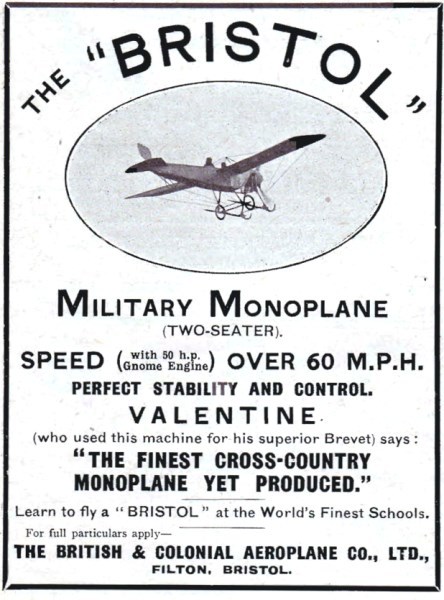 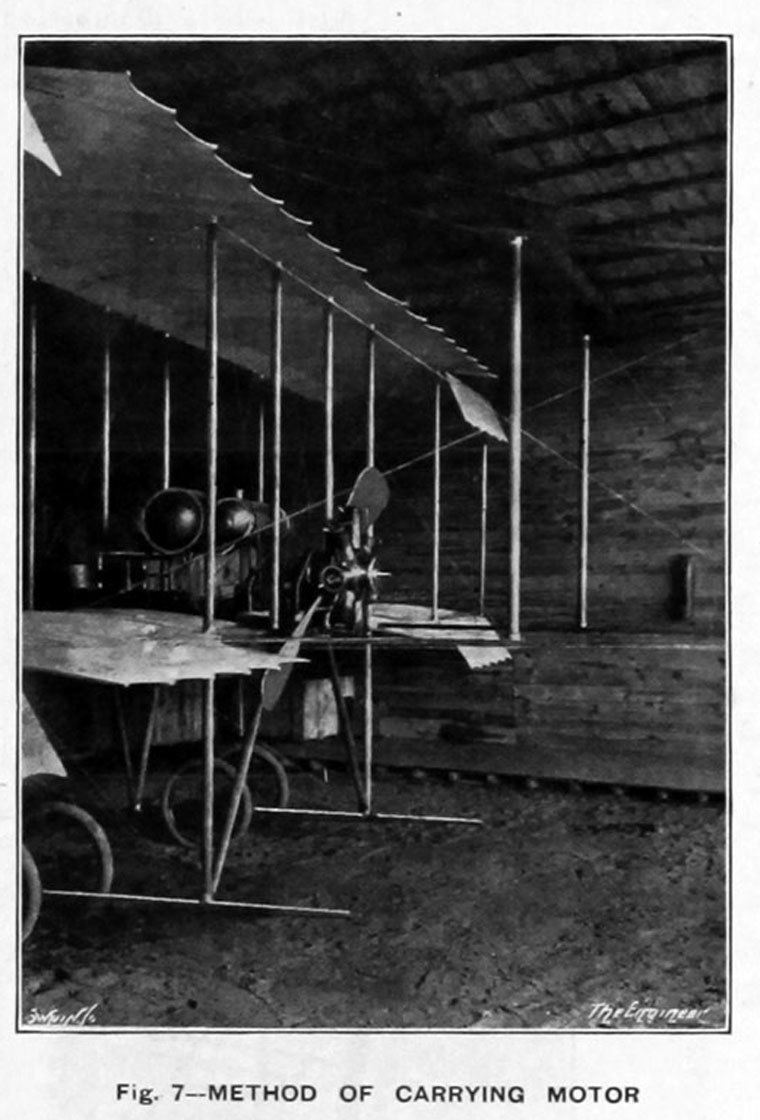 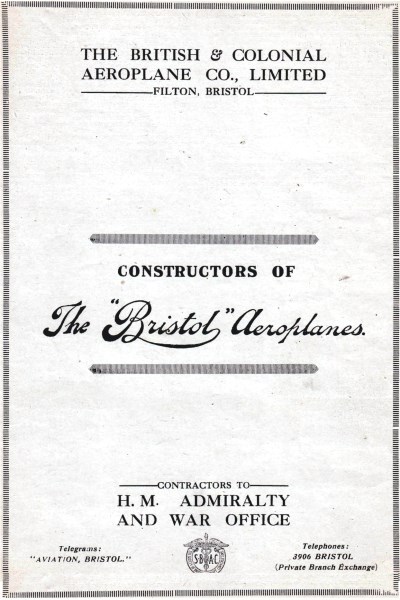 1910 The British and Colonial Aeroplane Co was founded by Sir George White and his brother, Samuel White, owners of Bristol Tramways Co, to manufacture aircraft at Filton in Bristol. Unlike most aviation companies at the time, which were started by enthusiasts with little financial backing or business organization, British and Colonial was well funded from the outset and run by experienced businessmen. The Company's initial venture was a licensed and improved version of the Voisin brothers' 'boxkite' biplane, called Zodiac, which was shown at the Aero Show at Olympia in March 1910. Unfortunately the original Zodiac was extremely underpowered, and never flew.

1910 Production of Bristol's first successful design, the Bristol Boxkite, started in a former tramway shed at Filton in June 1910. A month later the Company also formed a flying school, with premises at Brooklands, near London, and Larkhill on Salisbury Plain. This flying school was regarded as one the best in the world, between 1910 and 1914. By 1914, 308 of the 664 Royal Aero Club certificates issued had been gained at the Company's schools.

1911 Description of the Bristol works: 'largest aeroplane factory in Europe and probably in the world' in The Engineer. Also photographs of planes. [1]

1911-1914 Henri Coanda was technical director of the company, where he designed several aeroplanes known as Bristol-Coanda Monoplane. In 1912 one of these planes won the first prize at the International Military Aviation Contest in the UK.

WW1 The Company expanded rapidly during this time, reaching a payroll of 200 by the outbreak of the First World War. The chief designer (styled chef technique) from January 1912 until October 1914 was the Romanian engineer Henri Coandă. Coandă was succeeded by Frank Barnwell, who was to become one of the world's foremost aeronautical engineers. One of Barnwell's first designs, the Bristol Scout, was one of the very first fighter aircraft to enter British service. Later in the war came the mass-produced two-seat Bristol Fighter, which was one of the backbones of the Royal Flying Corps (RFC), later the Royal Air Force (RAF).

By the end of the war, the Company employed over 3,000 persons at its production works at Filton and Brislington.

1919 Built some bodies for Armstrong-Siddeley

1920 Its products had always been referred to by the name 'Bristol' and this was formalized in 1920, when British and Colonial was liquidated and its assets became the Bristol Aeroplane Co. At this time the Company bought the failing Cosmos Engineering also of Bristol, to form the nucleus of its new aero-engine operations - the Bristol Engine Co.