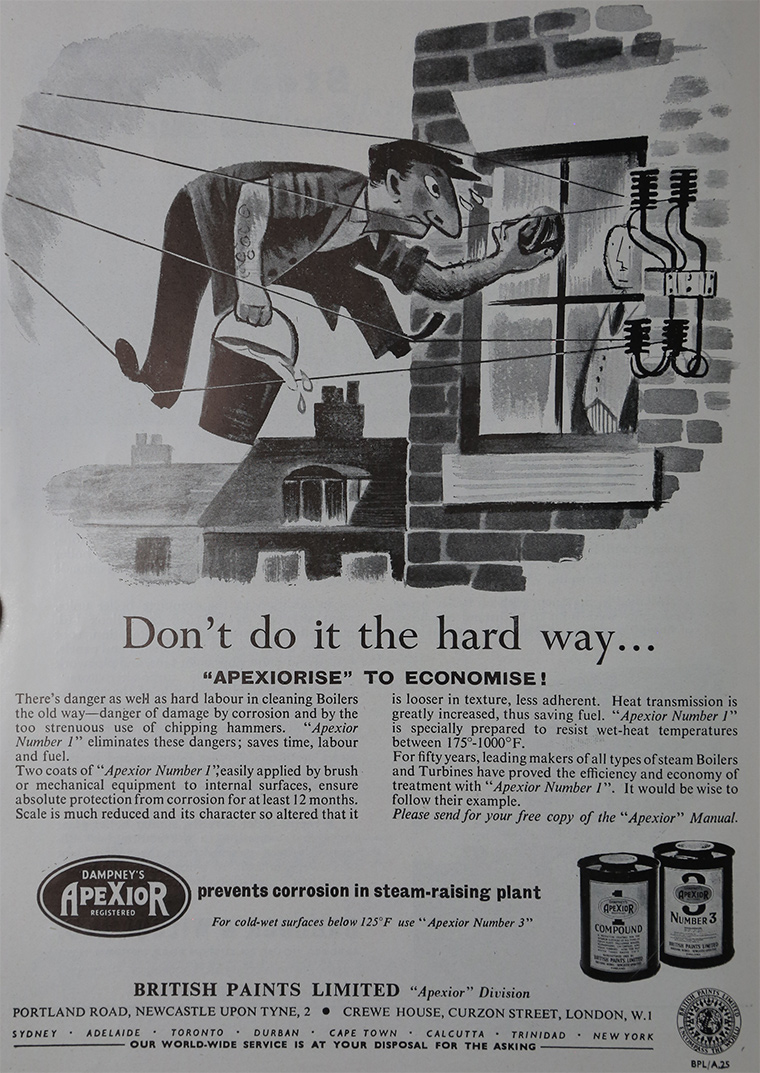 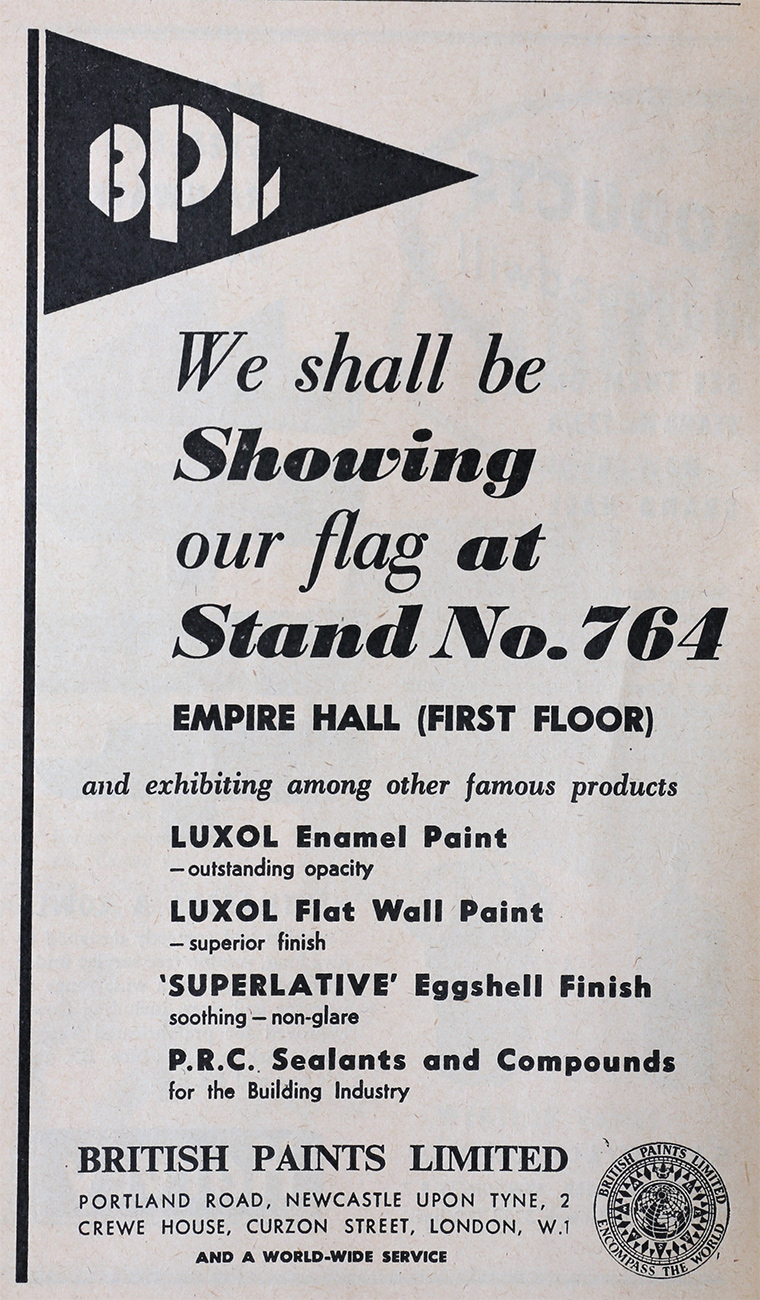 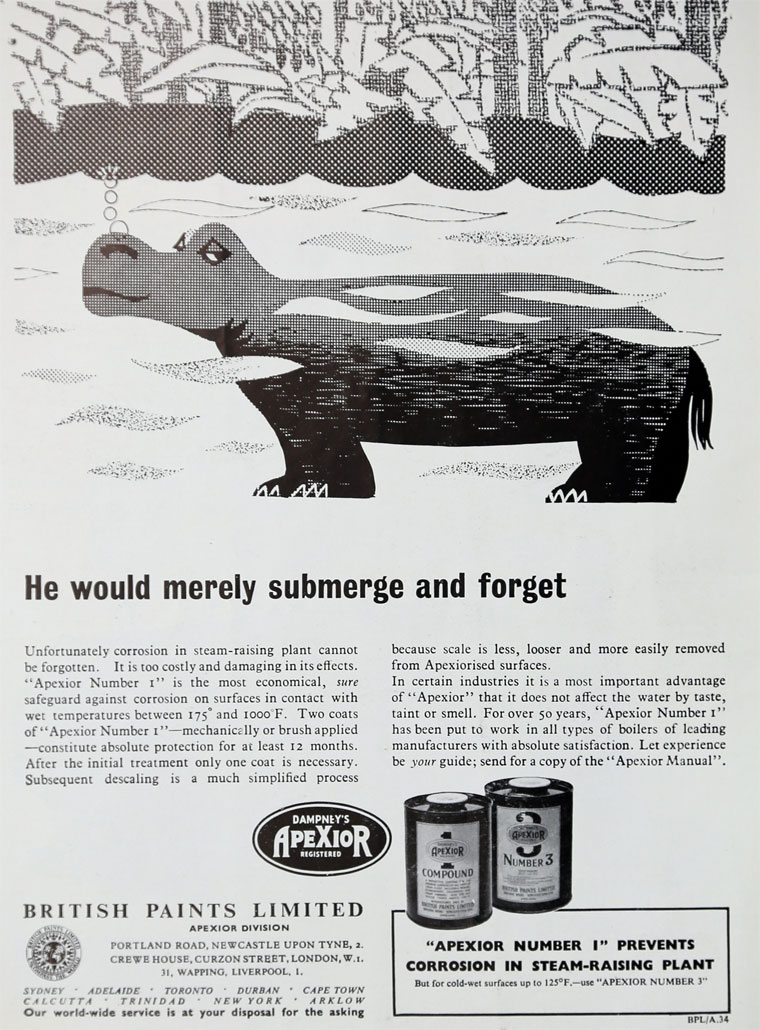 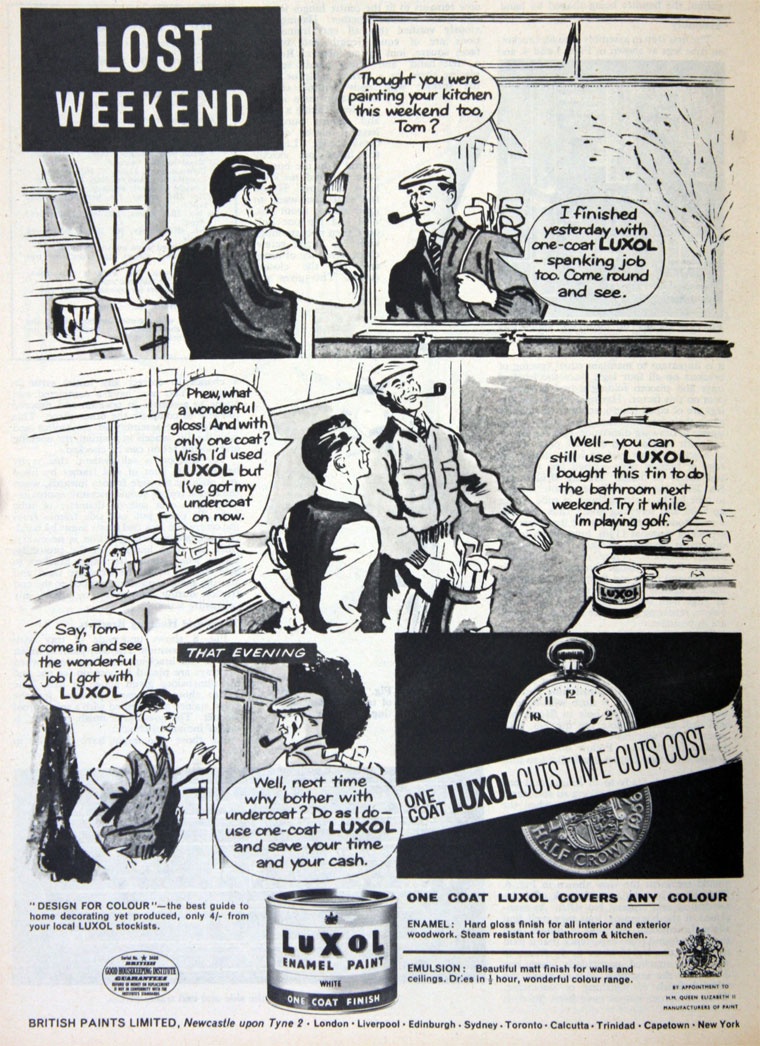 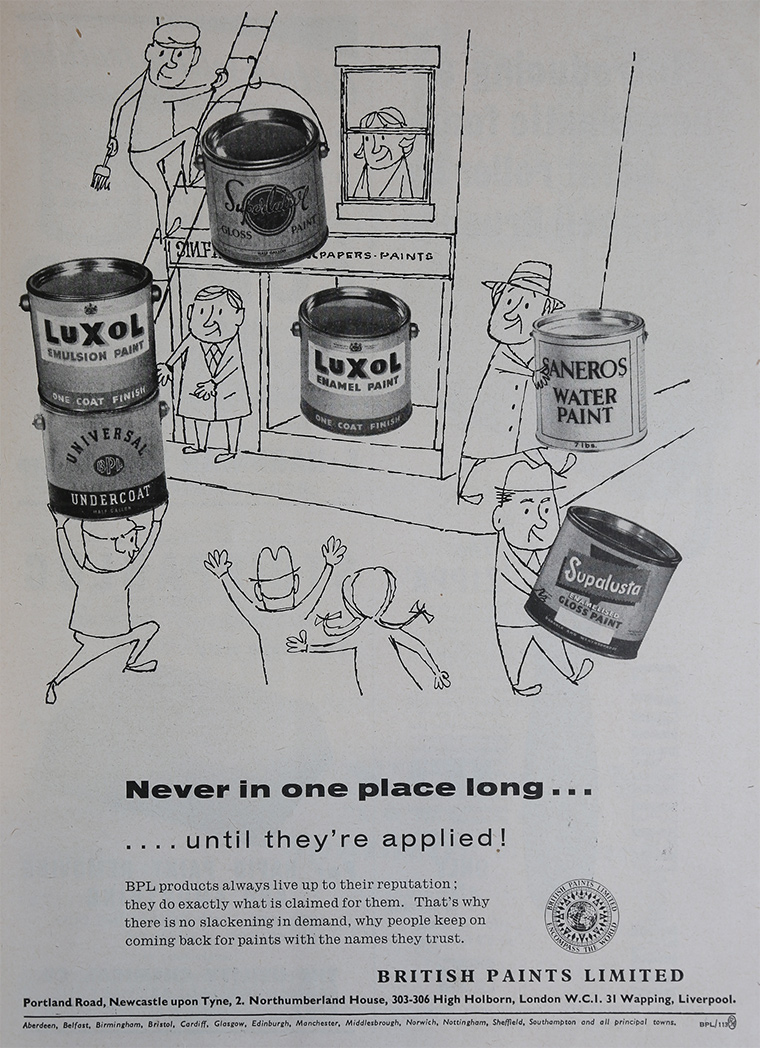 of Britannic Works, Newcastle Upon Tyne 2. Factories also at Dunston and Blaydon.

1957 Was the last of the major manufacturers to advertise nationally; featured Luxol a one-coat enamel paint; also Panax melamine sheet[3]

1964 Tried and failed to acquire Wailes Dove and Co[6]

1965 Again offered to buy Wailes Dove, in conjunction with National Coal Board in a new venture Coalpaint, but failed to gain sufficient acceptances from shareholders[7]. Coalpaint retained the shares in Wailes Dove that it had acquired.

1969 Needing funds for expansion at home, Celanese sold its paints interests to Berger, Jenson and Nicholson in exchange for Berger shares and debt[9], leaving it as the largest shareholder.

1970 Berger-Hall Paints was formed from the decorative businesses of John Hall and Sons (Bristol and London), British Paints and Berger J. and N. Paints[11]