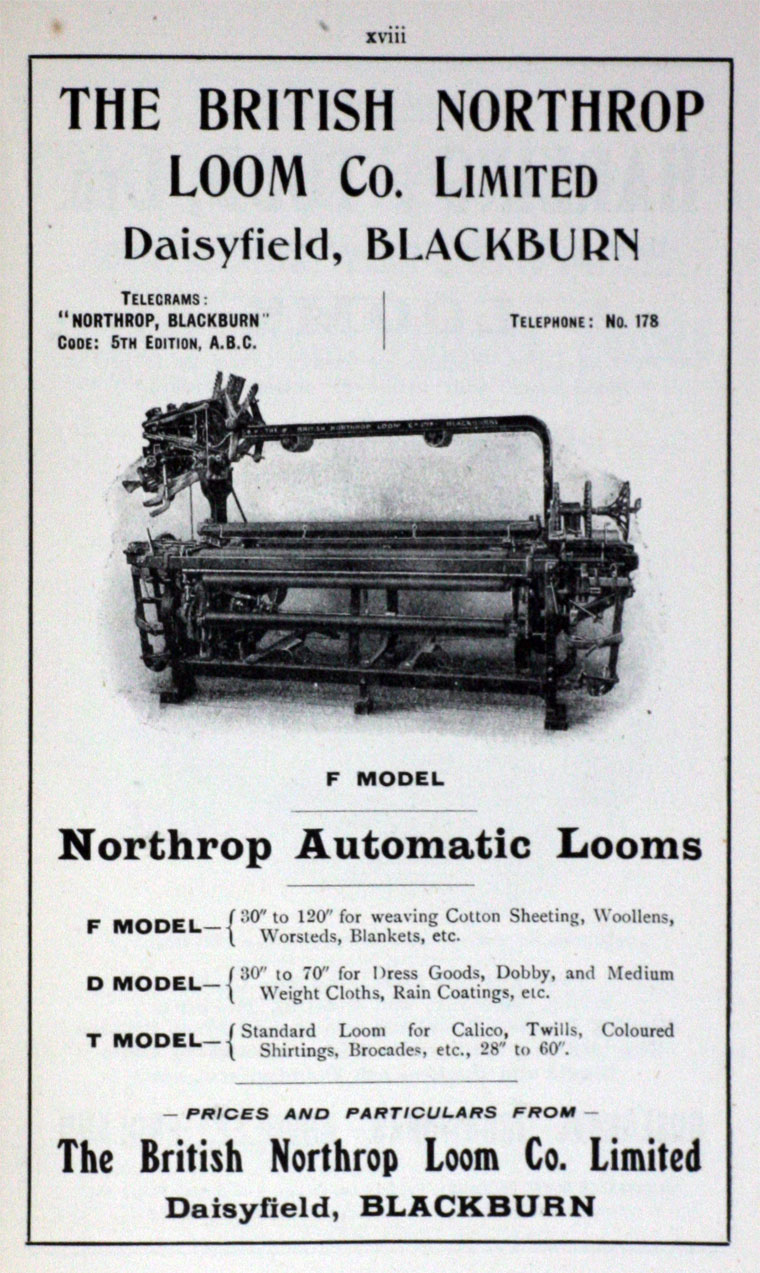 1914. From Preliminary Operations of Weaving.

1902 Company established and incorporated as a limited company.