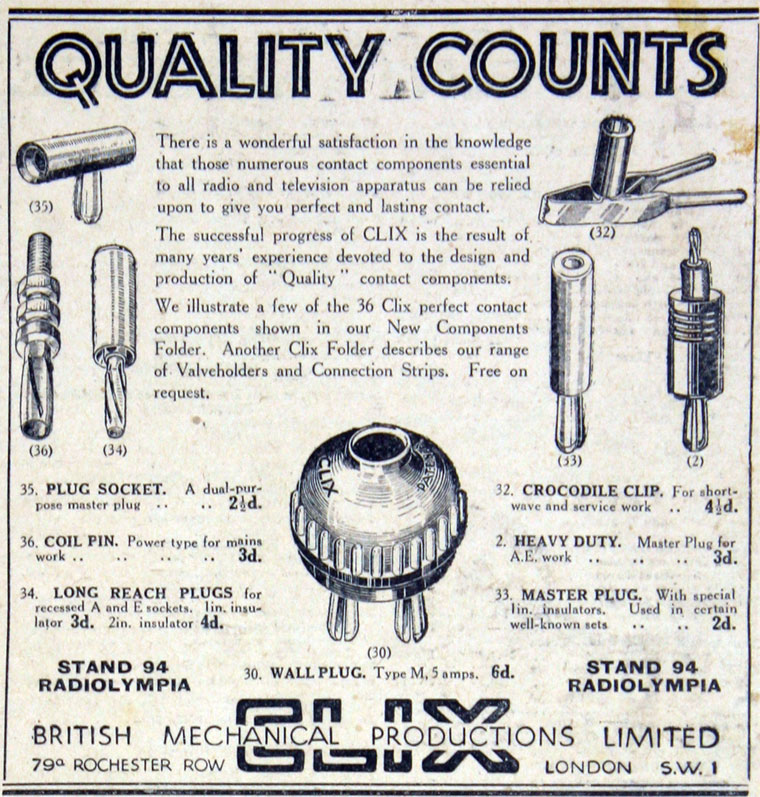 1945 Closely associated with Philco Radio and Television Trust including exchange of directors. Had acquired a large interest in General Accessories Co Ltd of Bristol; considerable R&D expenditure by way of separate company - P.R.T. Laboratories Ltd, the central research organisation of the Philco group[2].

1946 Patent - Improvements in or relating to socket members for electrical pin-plug and socket connections.

1946 Patent - Improvements in or relating to holders for thermionic valves.