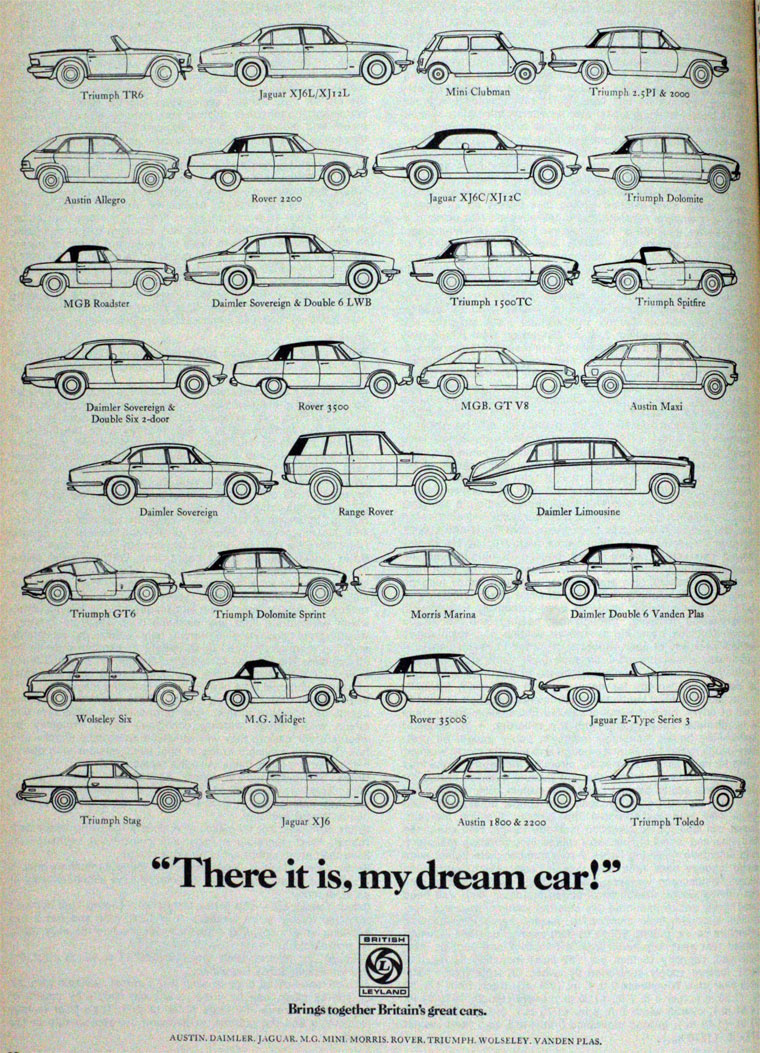 1968 May 13th. BLMC was created by the merger of British Motor Holdings (BMH) and Leyland Motor Corporation (LMC)

At its peak, BLMC owned nearly 40 different manufacturing plants across the country. Even before the merger BMH had included theoretically competing marques which were in fact selling substantially similar "badge engineered" cars.

To this was added the competition from yet more, previously LMC marques. Rover competed with Jaguar at the expensive end of the market, and Triumph with its family cars and sports cars against Austin, Morris and MG. The result was a product range full of duplication.

1968 The Prestcold subsidiary bid for L. Sterne and Co in order to expand the refrigeration business which Leyland regarded as "developing" and sharing mass production techniques[1]

1969 National Bus Co formed a joint venture with British Leyland (the 25% owner of Bristol Tramways and Carriage Co and Eastern Coach Works), by means of which British Leyland became a 50% owner of the NBC's manufacturing companies. The joint venture designed and built a new single-deck bus, the Leyland National. The first bus was delivered in 1972, and it remained in production until 1986. The National was also available to other bus operators.