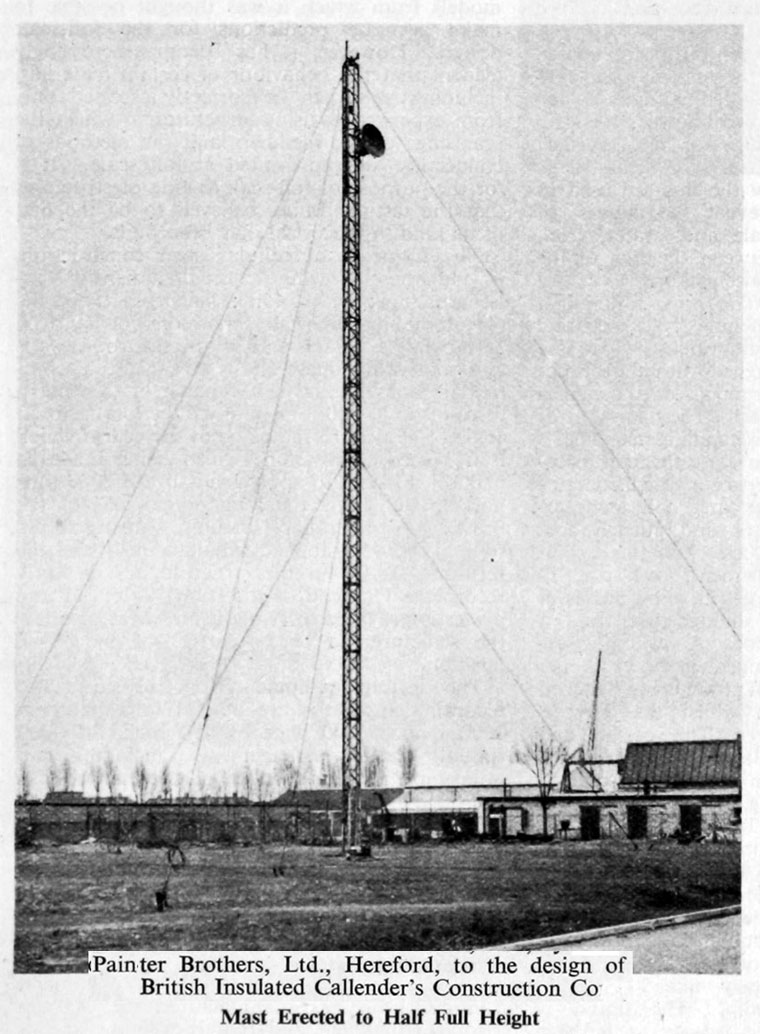 1953. Made by Painter Brothers to a design by British Insulated Callender's Construction Co.

1954 Radio masts, poles for overhead power lines and construction of a television tower

1966 Erected a television mast for the Independent Television Authority at Emley Moor, Yorkshire, the first of a new design. Two further masts of the design were later erected.

1969 The Emley Moor mast collapsed due to ice loading[2]