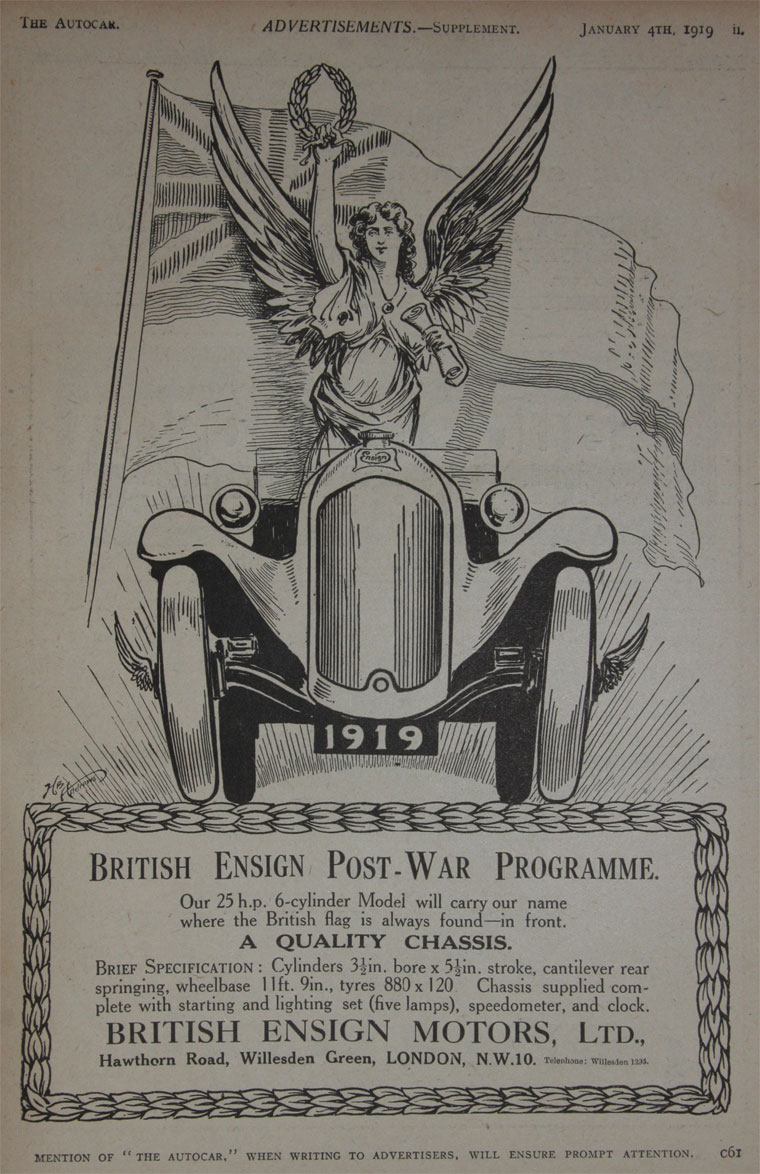 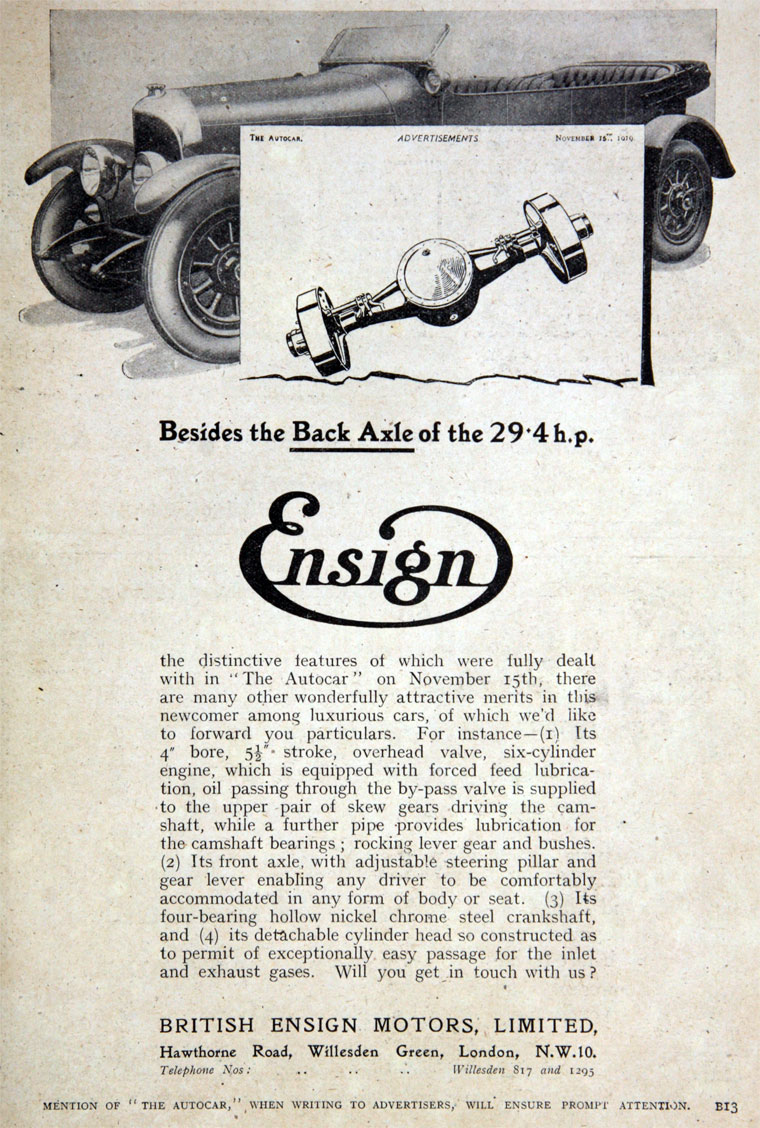 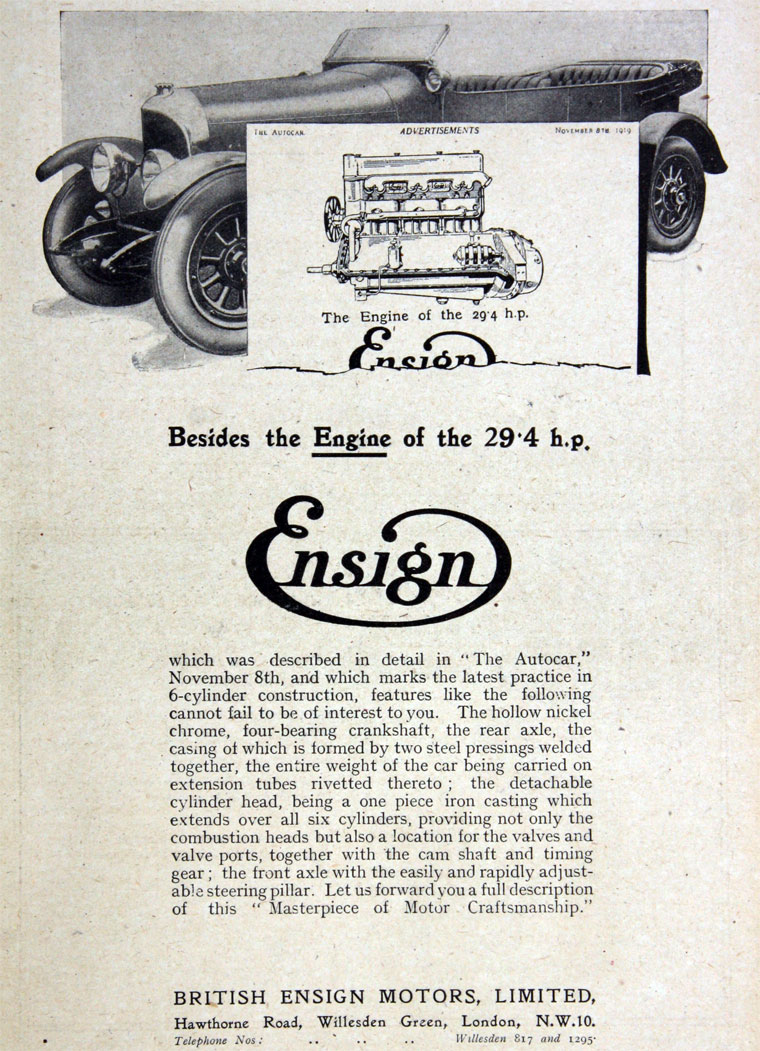 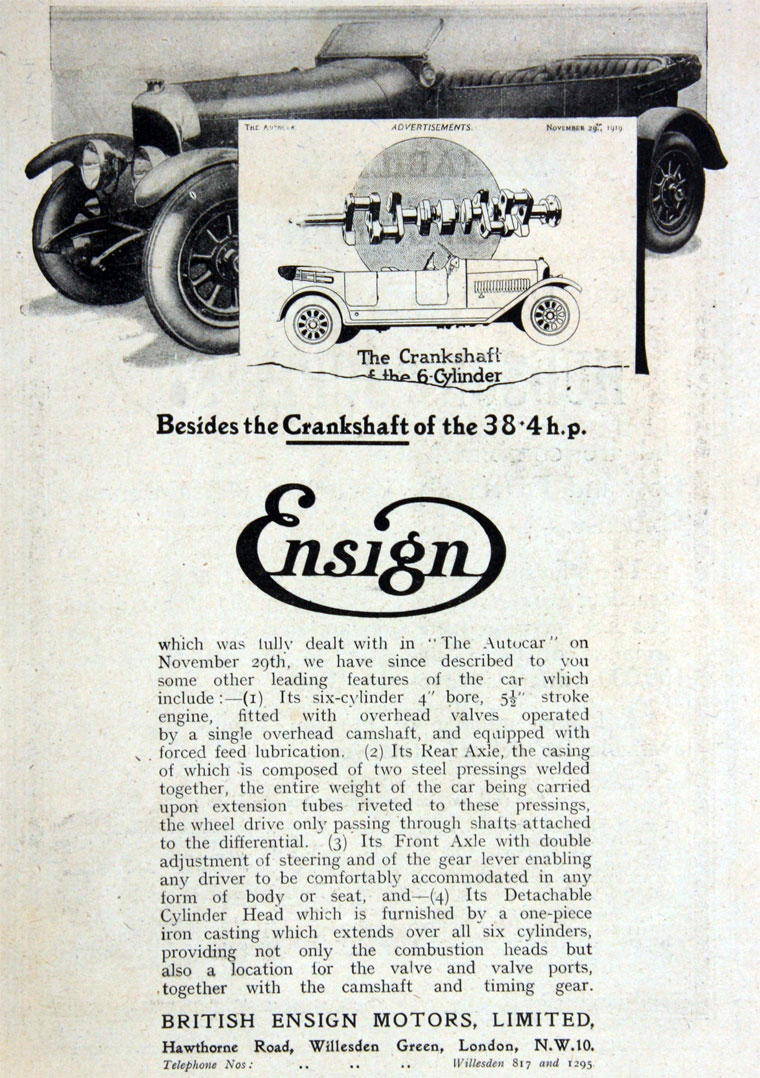 British Ensign Motors began as Ensign in Hawthorn Road, Willesden Green, London in 1913. Shortly after, the company added British to the title.

1914 Commercial vehicles were produced with a Tylor engine.

1915 Southdown acquired a number of models.

1920 November. Display advert in the Times newspaper for the six-cylinder car. [4]