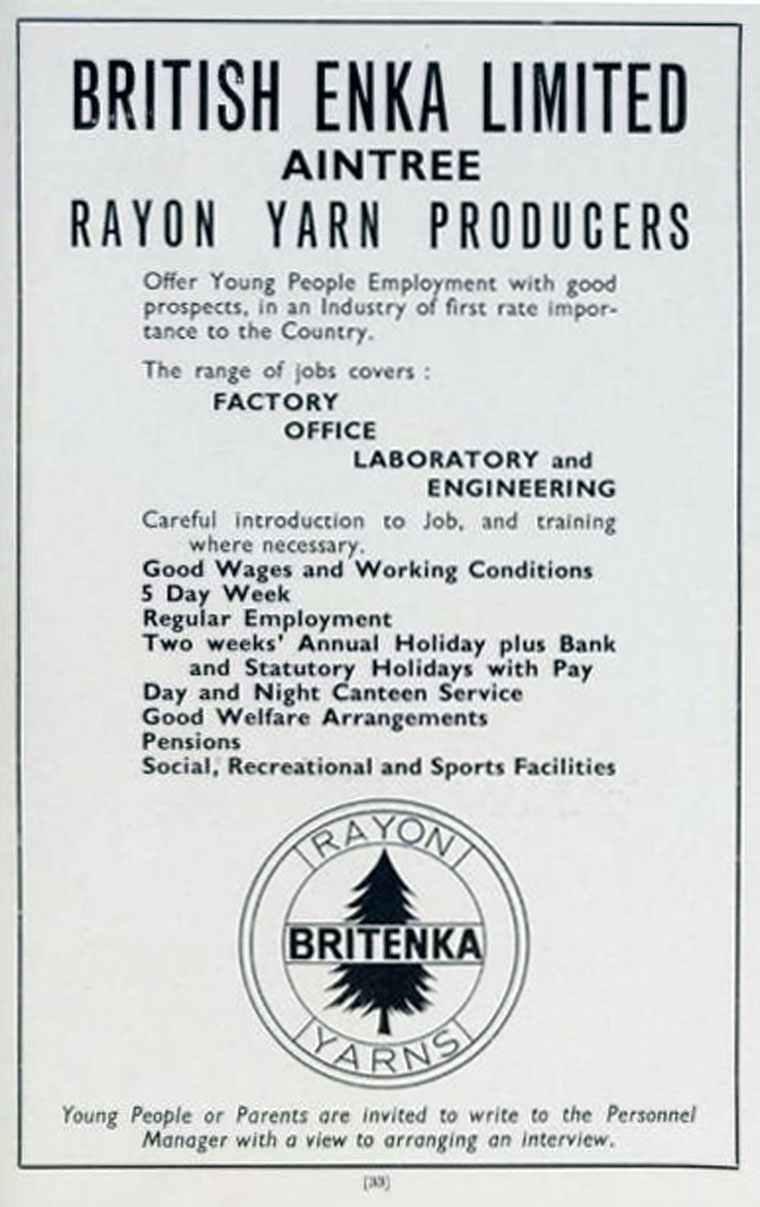 1911 The Enka Artificial Silk Company of Holland was founded[1]

1925 The British Enka Artificial Silk Co was registered by the Maekubee company of Holland which held all of the foriegn rights of the Enka company. A factory would be erected immediately in UK; the site of the National Aircraft Factory at Aintree was chosen.

1929 Formation of the General Rayon Union (otherwise A. K. U. or Algemene Kuntszijde Unie N.V.) by merger of the parent company with Vereinigte Glanzstoff-Werke[2]

1939 The plant had been overhauled and production increased; the company was working profitably; the name was changed to British Enka Ltd[4]

1959 Decided to produce cellulose wrapping film; equipment to be installed at Aintree[7]

1961 Courtaulds acquired British Enka[9] by agreement with A.K.U. to enable the firm to have sufficient finance at its disposal[10]