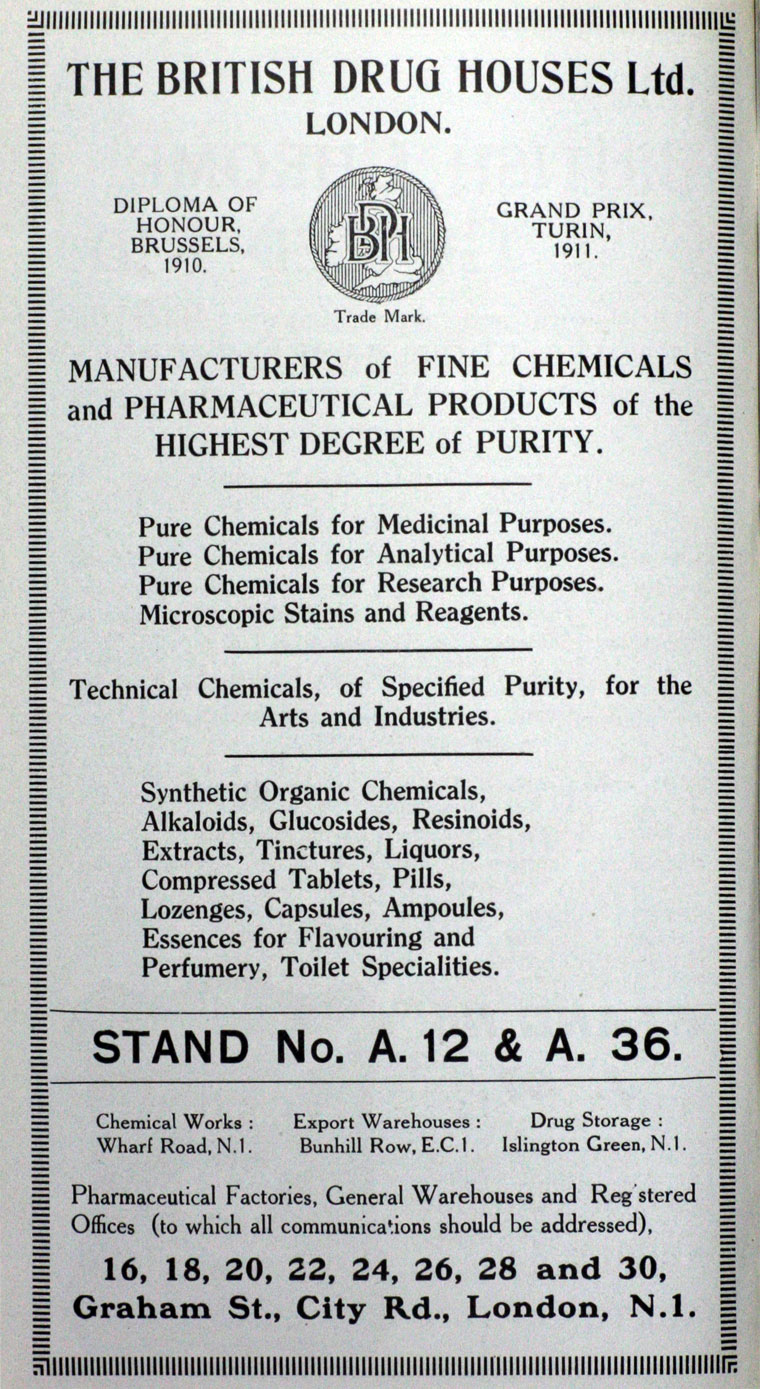 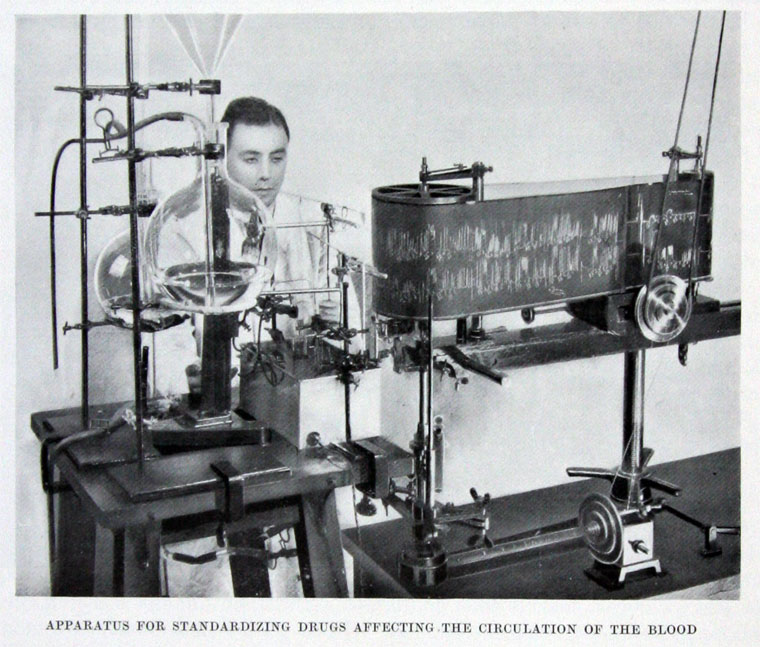 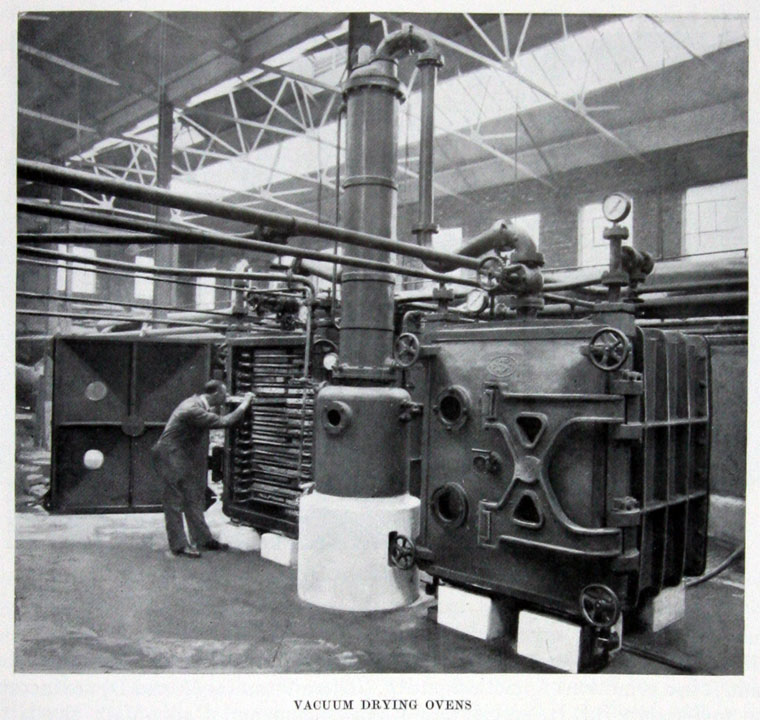 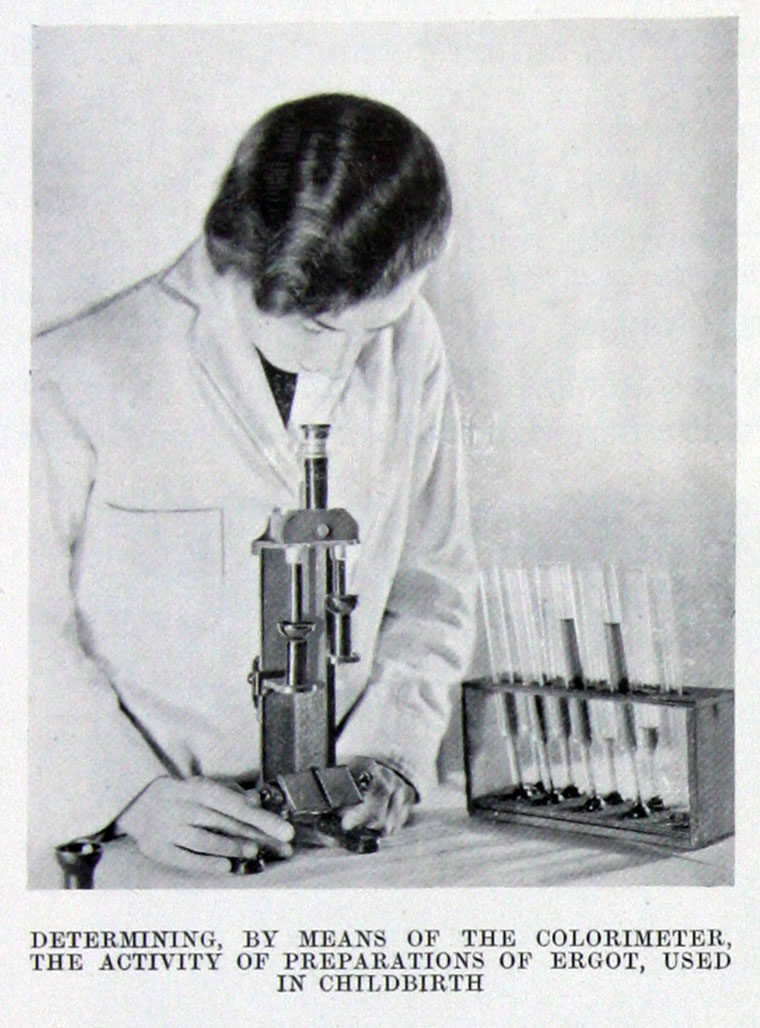 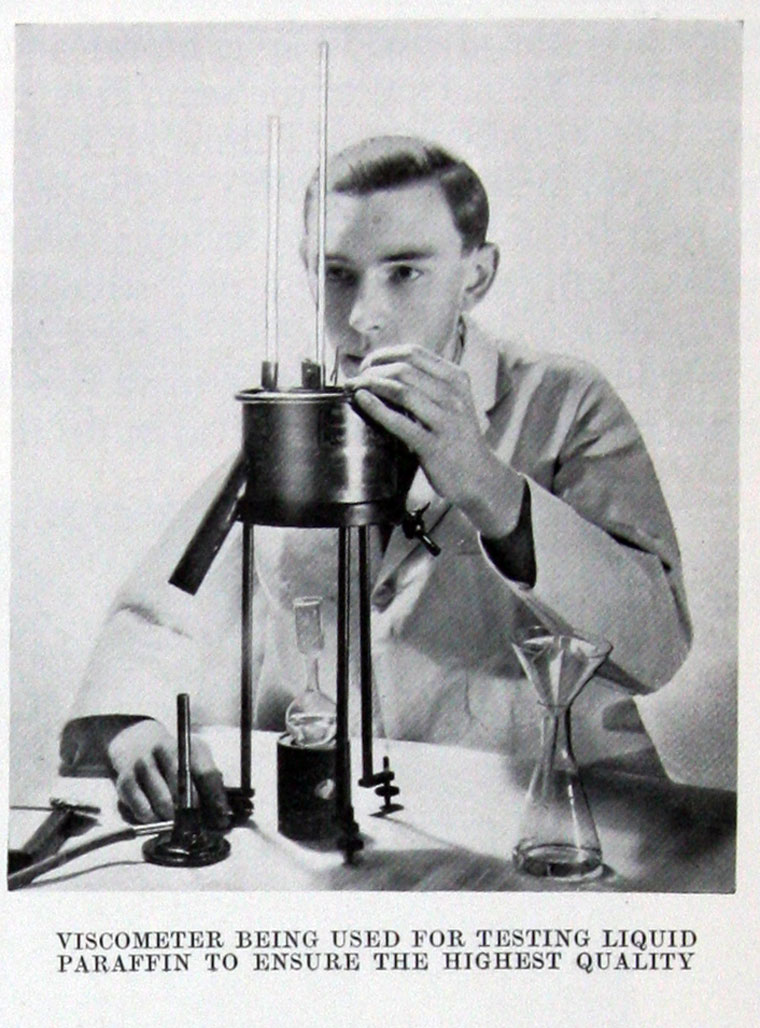 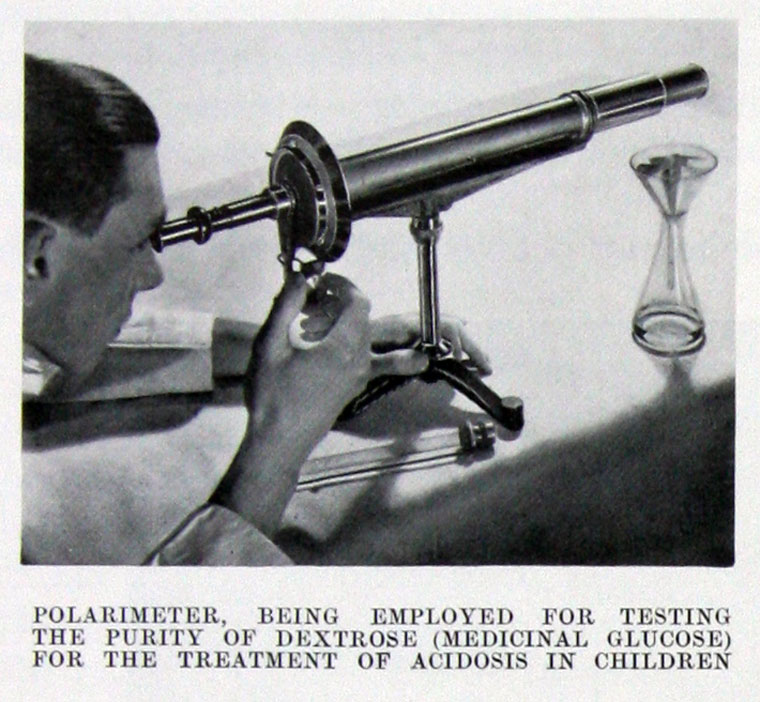 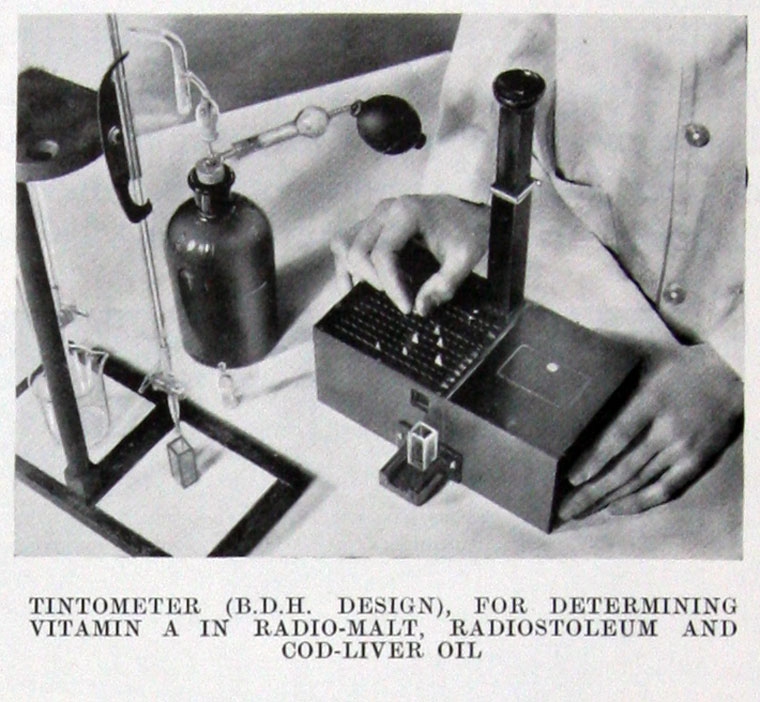 WWI: expansion into fine chemicals and laboratory chemicals which were no longer available from Germany, for which a factory was erected on the Wharf Rd site.

1922 British Industries Fair Advert as Manufacturers of Fine Chemicals and Pharmaceutical Products of the Highest Degree of Purity. (Stand Nos. A.12 and A.36) [3]

1926 New chemicals introduced were very pure ether for anaesthetic use and insulin.

1927 Launch of Radio-Malt, a mixture of vitamins A, B and D[5]; the artificial production of vitamin D had been commercialised by BDH within a few weeks of the research results being released by the National Institute of Medical Research[6].

1944 Member of the Therapeutic Research Corporation of Great Britain which, together with ICI (Pharmaceuticals) and Kemball, Bishop and Co were working on the development and production of penicillin[8].

1959 Acquired several wholesale chemists: J. R. Gibbs of Paignton, which included Ferris and Co of Bristol[10] and I. Rowland James[11].

1961 Issued 35% of shares to Mead Johnson of USA, a pharmaceutical company, whose offer was preferred to that of a full merger with Warner-Lambert[13].

1962 Acquired James Woolley, Sons and Co, manufacturing and wholesale chemists, of Manchester[14]. Its wholly owned subsidiary, J. C. Arnfield and Sons, was later amalgamated with Woolley's to trade as Woolley and Arnfield[15].

1964 Laboratory reagents and chemicals had become the main business. Divested the manufacturing and trading business. The name was changed to BDH group. The London wholesale business was transferred to a new subsidiary[18]. The old name was used for the nutritionals business. Acquired wholesalers Hirst Brooke Goodalls of Leeds[19].

1965 Joint venture Vestric Ltd formed with Glaxo to hold both of their pharmaceutical wholesaling interests[20].

1967 Glaxo acquired Mead Johnson's shares in BDH[21] and subsequently the remainder of the shares[22]. The company was renamed BDH Chemicals; a new company BDH Pharmaceuticals was formed to market pharmaceutical products made by British Drug Houses and by Duncan Flockhart and Evans[23].

1973 BDH Chemicals, manufacturing and selling laboratory chemicals, was acquired by E. Merck of Germany when Glaxo decided to concentrate on its mainstream activities[24].

1973 Started development of nematic liquid crystals for electro-optic displays[25]. BDH became one of the world's largest suppliers of liquid crystals, which were used in a variety of displays.

1978 Merck acquired Baird and Tatlock, which included a host of British instrument and apparatus companies

1979 The University of Hull, the Ministry of Defence (RSRE) and BDH Chemical Co won The Queen's Award for Technological Achievement for the development of liquid crystals.

1987 The Baird and Tatlock companies were integrated with BDH Ltd.

1990 the UK company name was changed when all the businesses were consolidated as Merck Ltd. The BDH name is still retained as a brand name. [26]

A large collection of BDH kits and manufactures are held by the London Science Museum.[27]