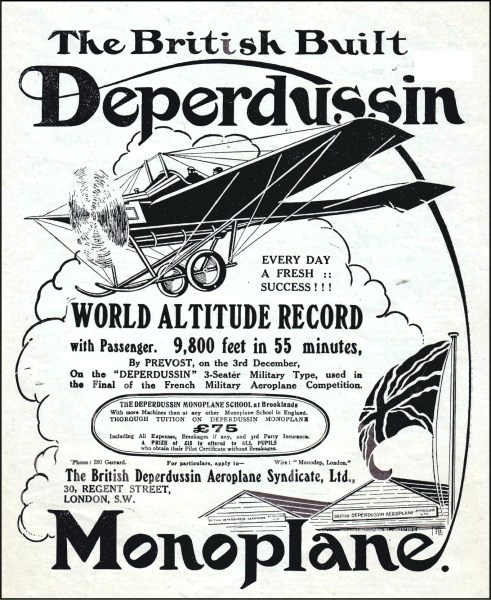 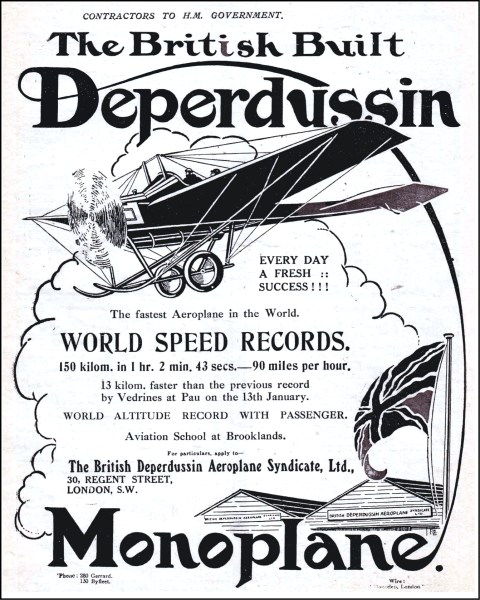 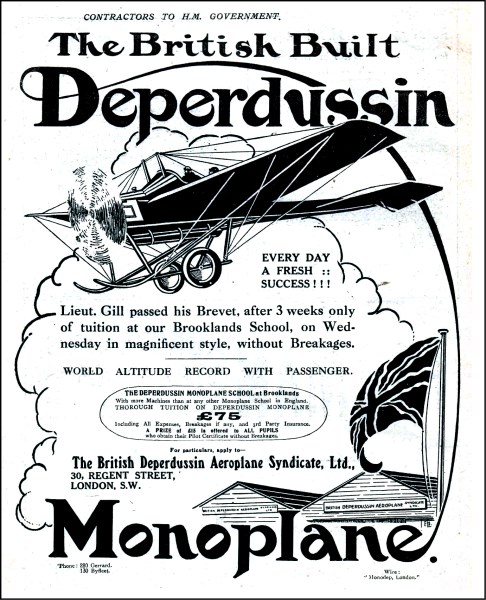 The new company designed and built planes on general Deperdussin (a French maker) lines. The designer was Frederick Koolhoven.