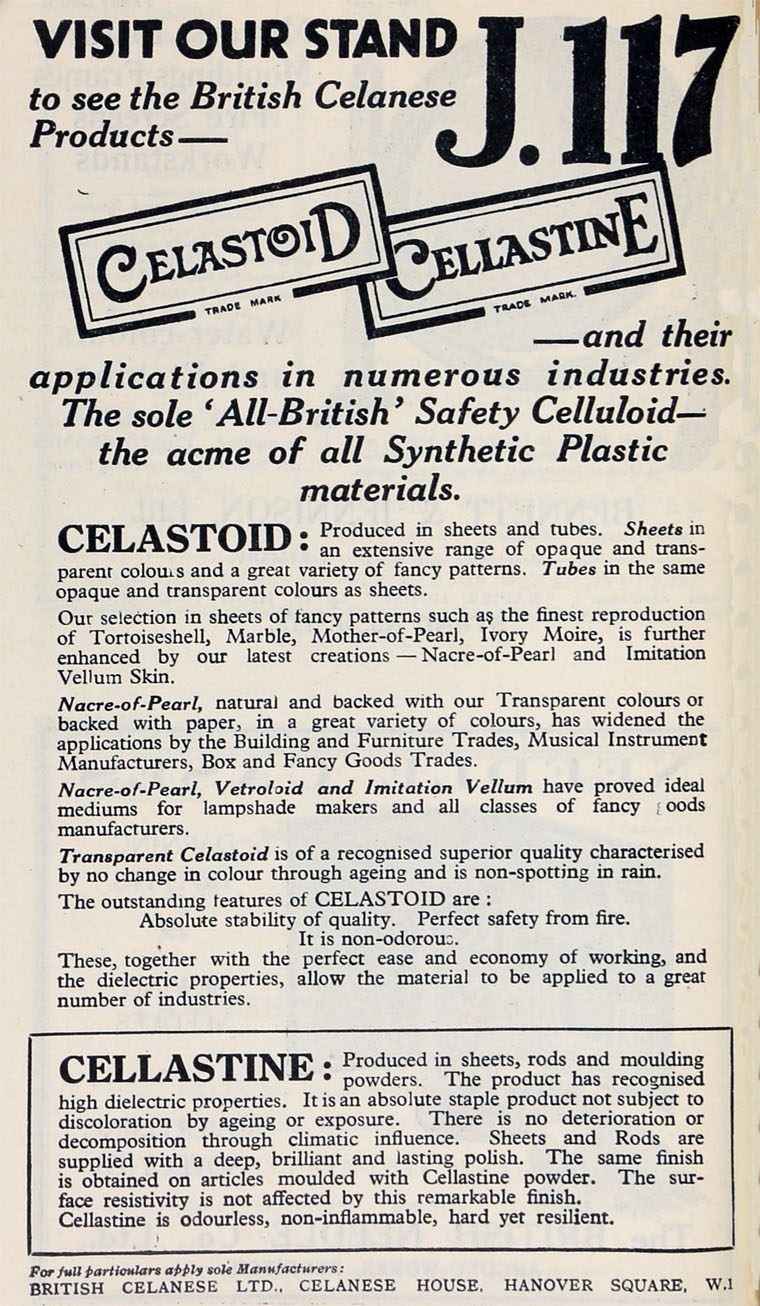 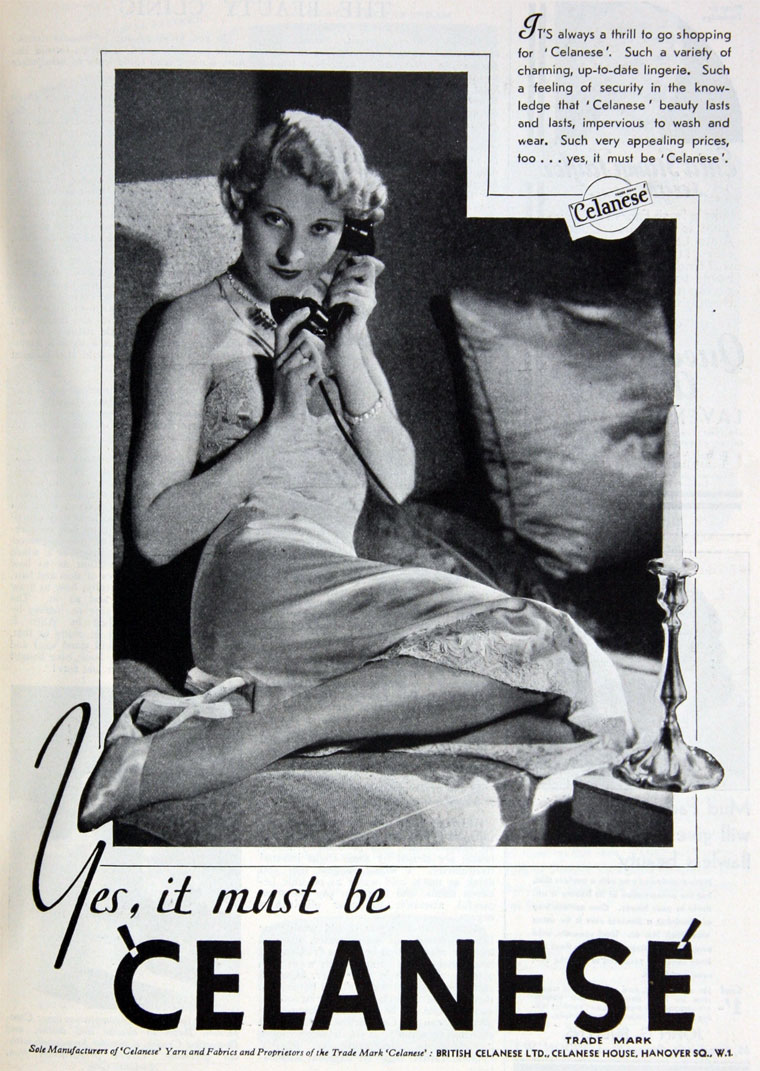 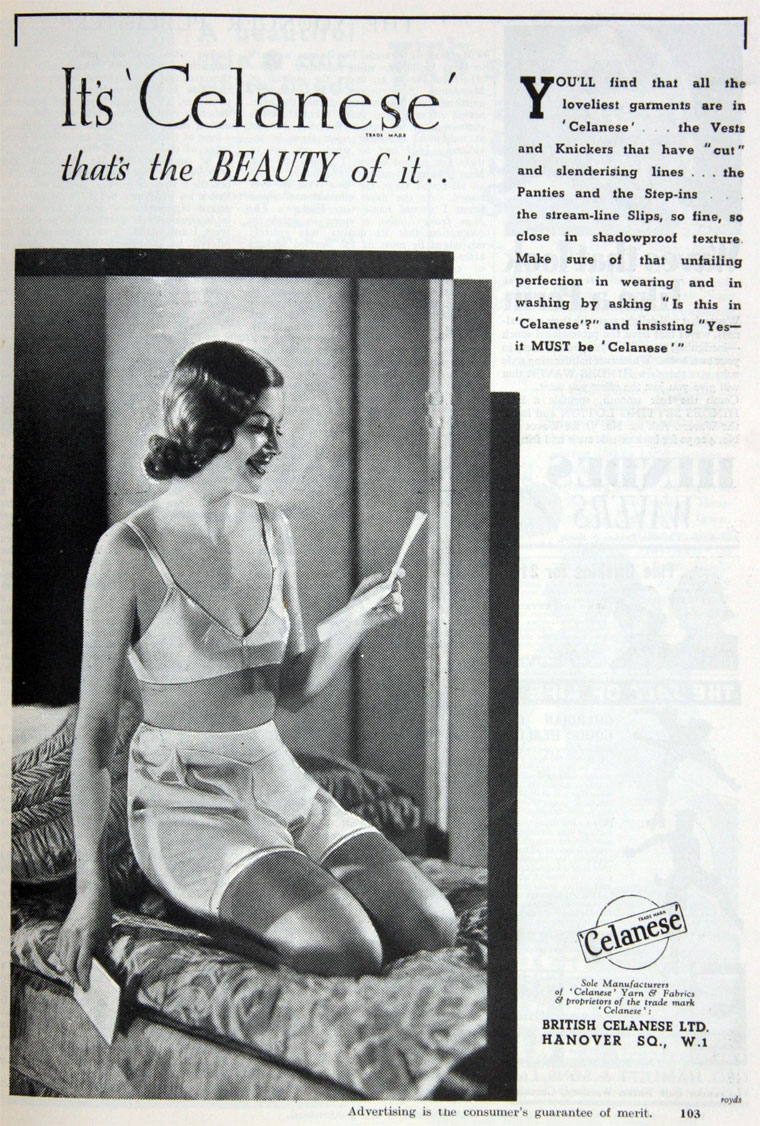 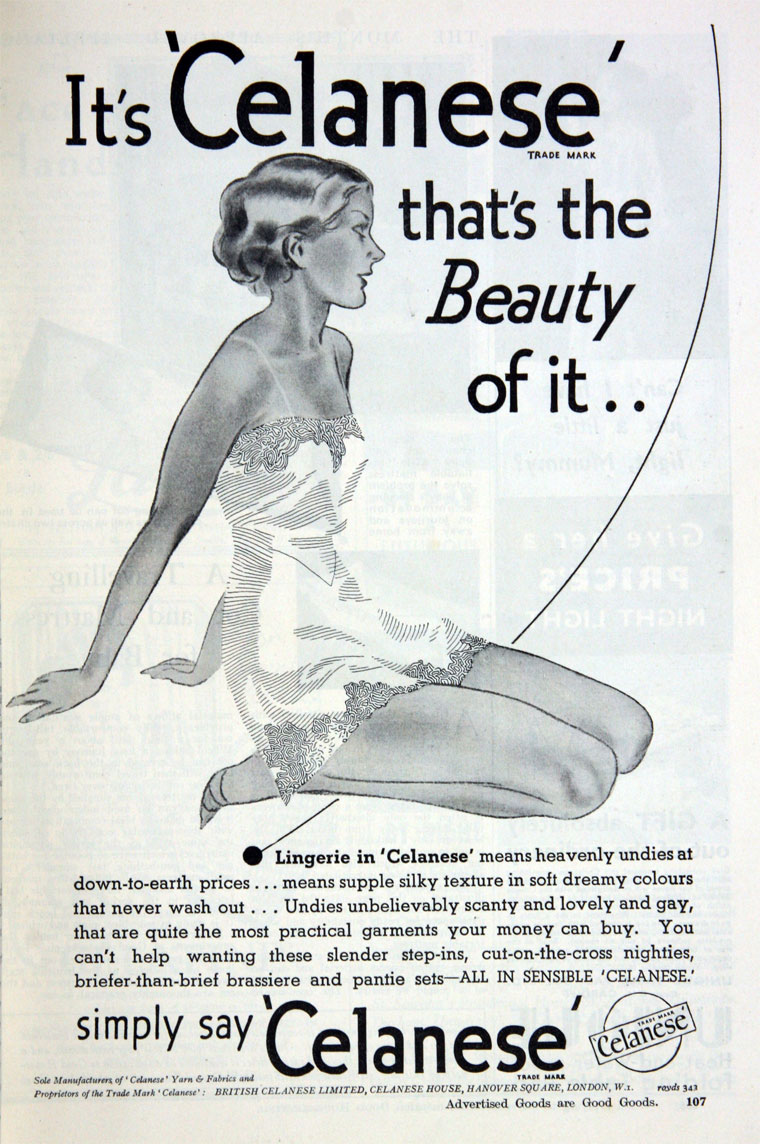 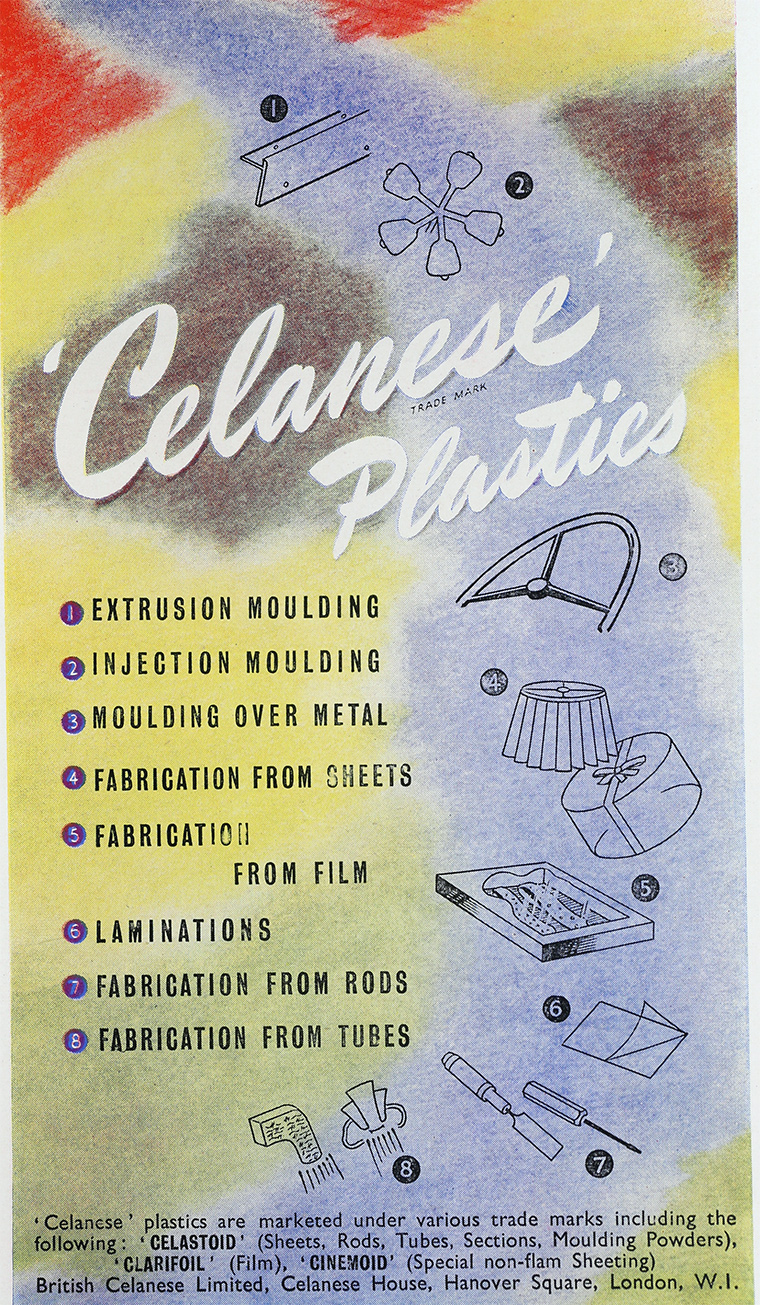 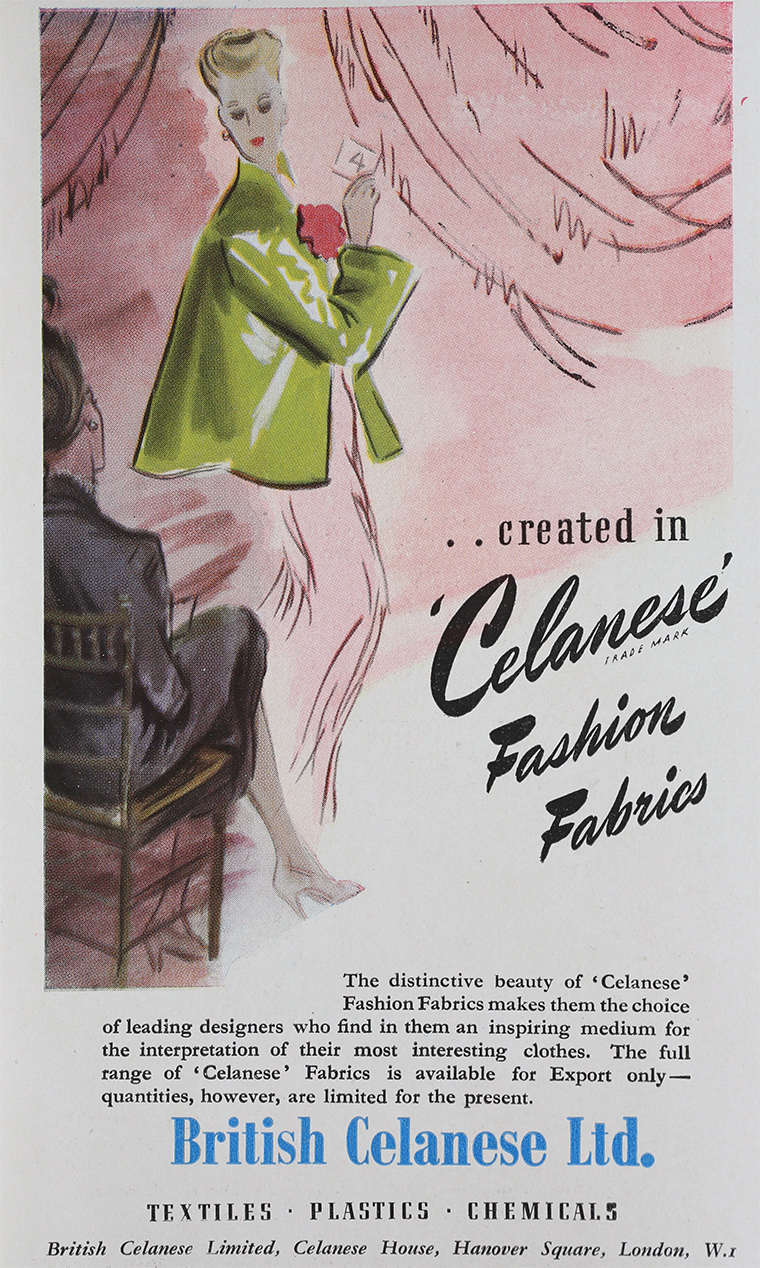 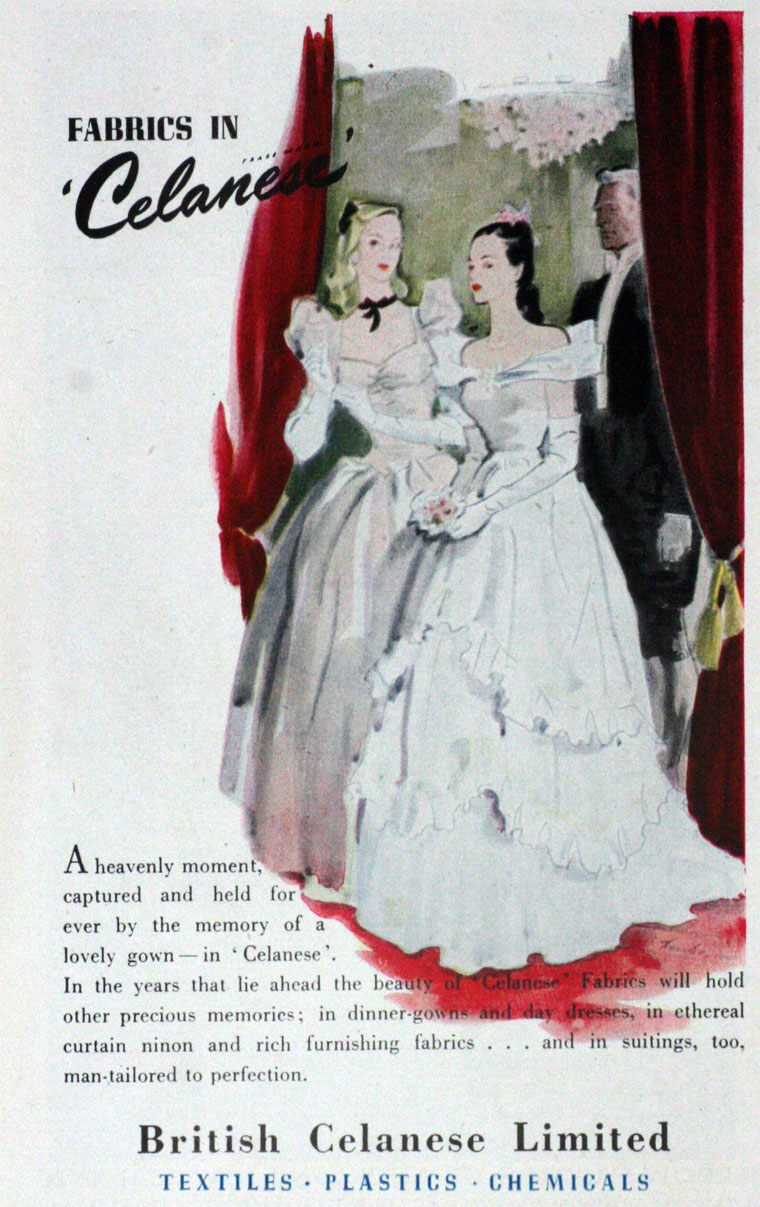 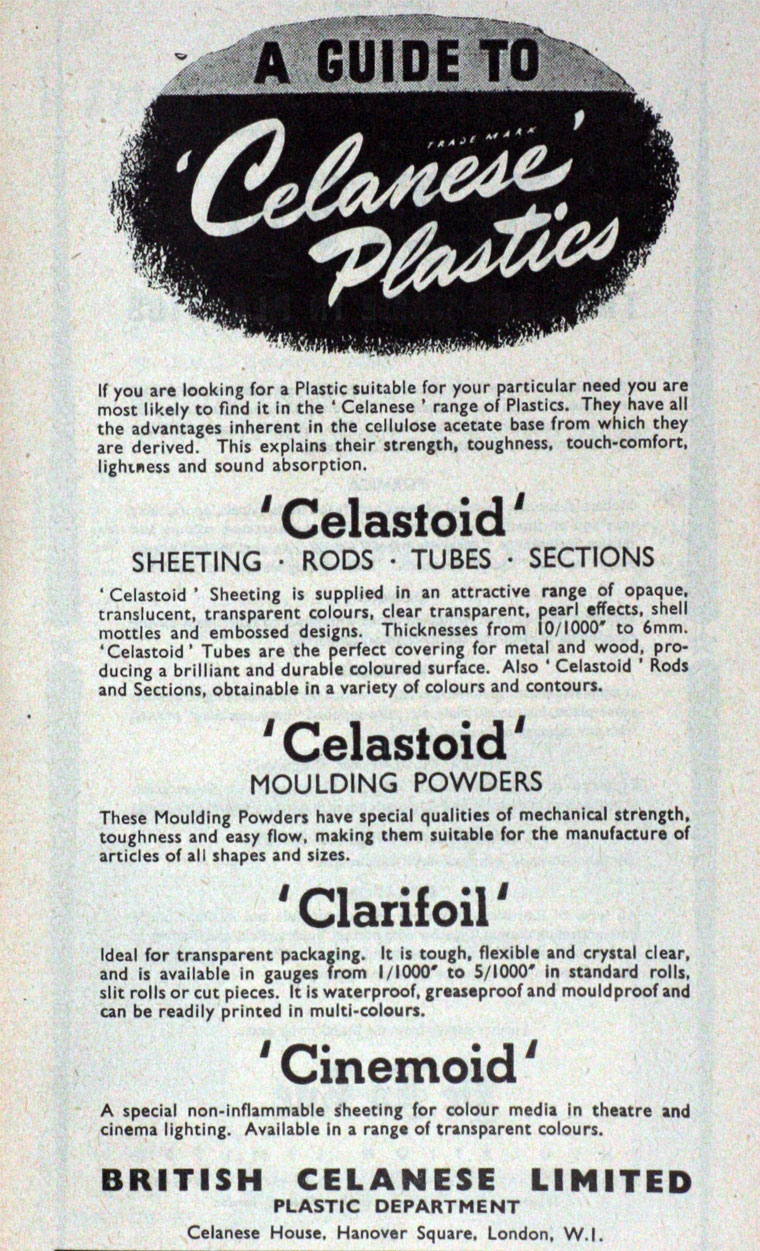 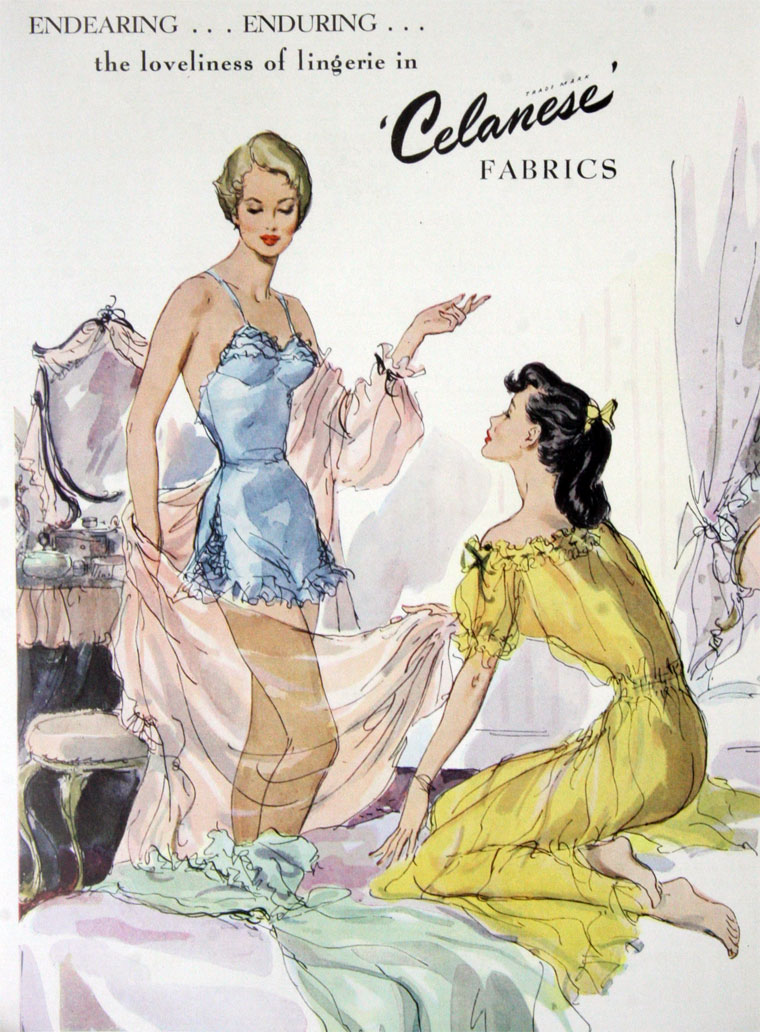 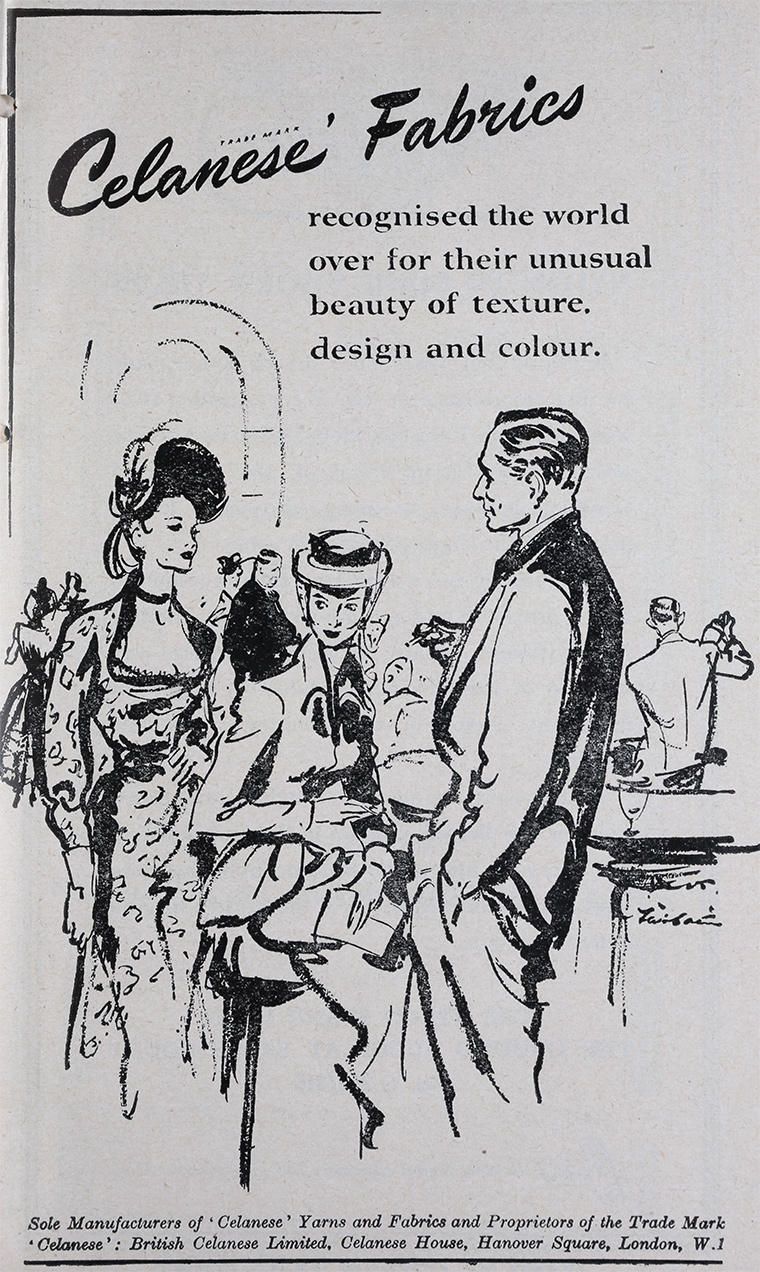 The company has seen many changes over the years and is now Celanese based in Dallas, Texas.

The origins of the company lie with two brothers, Henri and Camille Dreyfus. In 1912, they set up "Cellonit Gesellschaft Dreyfus and Co" in Basel, Switzerland. In 1916, the brothers were invited to live in Britain by the British Government, to produce their recently developed cellulose acetate dope for the war effort; the canvas skins of aircraft of the time were sealed and made taut with nitrocellulose dope, which was easily ignited by bullets. They developed the necessary plant and "British Cellulose and Chemical Manufacturing Co" was registered on March 18, 1916.[2]

1921 ­ British Celanese began commercial production of acetate yarn, taking advantage of a number of its new inventions, ranging from the technique used to spin thread to the treatment of dyed fibres, thus securing the company's survival.

1927 ­ The American Cellulose and Chemical Manufacturing Co changed its name to Celanese Corporation of America. The company would move on to produce plastics and chemicals, as well as fibres as one of the largest chemicals manufacturers in the country.

1956 Camille Dreyfus, one of the founders of Celanese died. He was President of Celanese Corporation of America for 27 years. Following the death of his brother and co-founder, Henri Dreyfus in 1945, Camille Dreyfus was also Managing Director of British Celanese.

1963 British Celanese (part of the Courtaulds Group) formed British Trix and purchased the goodwill and patents of Trix Products for £1 and a production base was set up at the British Celanese factory in Wrexham. Ernst Rozsa was placed in charge of design and development but later took full responsibility for production.

1965 Courtaulds invited Lines Brothers to take Trix off their hands.