Grace's Guide is the leading source of historical information on industry and manufacturing in Britain. This web publication contains 146,838 pages of information and 232,610 images on early companies, their products and the people who designed and built them. 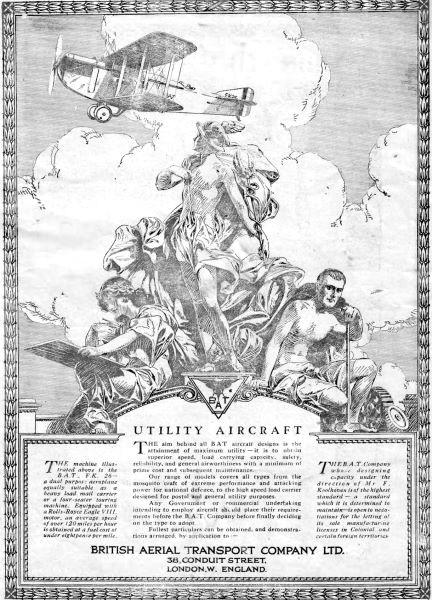 1917 The company was formed by Samuel Waring who employed Frederick Koolhoven as his Chief Designer, and Robert Noorduyn as the Chief Draughtsman. Koolhoven's first design for the company was the F.K.22 fighter, a single seater biplane.

It was followed by the FK 23 Batam that underwent commenced flight tests in 1918.

1919 Lord Waring reduced his aviation interests and this forced the closure of the company. The fourth F.K .26 was the last aircraft built by the company.

1920 At the International Aero Exhibition at Olympia the company showed the 'BAT' commercial plane that could seat five and the 'Crow' monoplane powered by a 40 hp engine. [1]

1949 Struck off the register of public companies