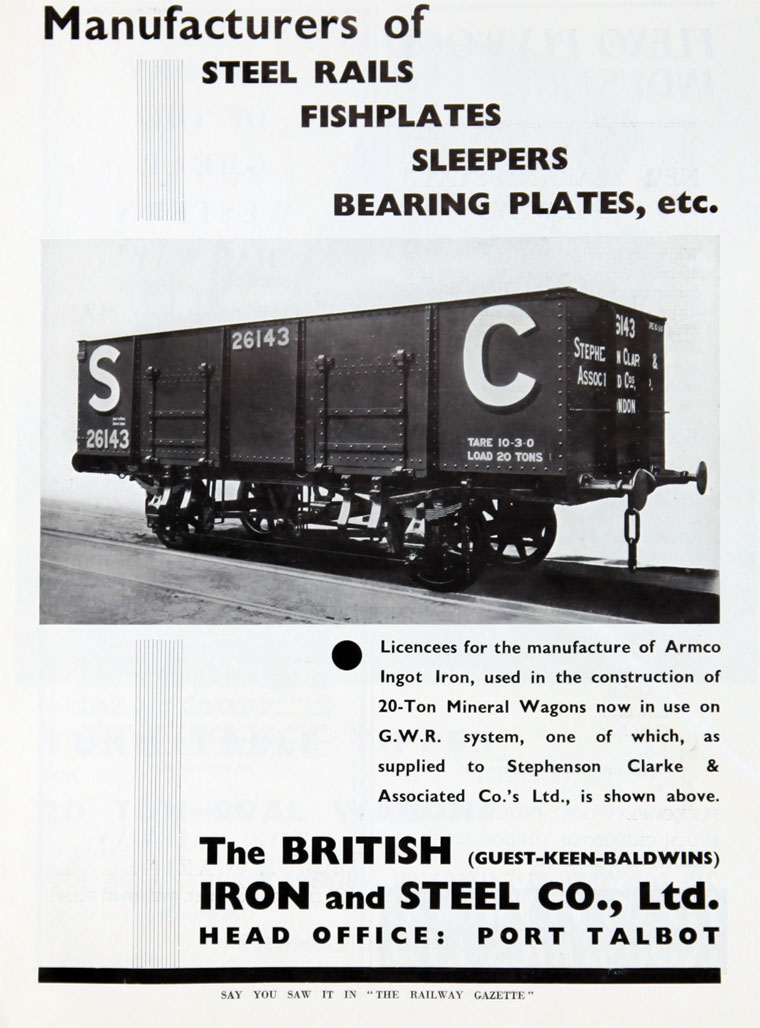 of Cardiff and Port Talbot

1930 Company formed to amalgamate the heavy iron and steel businesses of GKN and Baldwins[1]:

1935 Iron and steelmaking at Dowlais was ended; the Dowlais works were made redundant and the Cardiff East Moors steel plant and rolling mills had been dismantled to make space for construction of new works which would be funded by the parent companies and by a public offer of debentures[3].

1937 The one remaining blast furnace at Dowlais was brought back into operation in response to the shortage of pig iron[4]. Dowlais had been making pig iron for 170 years until closure in 1929

1947 Formation of Steel Company of Wales

1961 Name of Guest Keen Iron and Steel Co changed to GKN Steel Company, which would incorporate all of the steel companies in the GKN group[8]