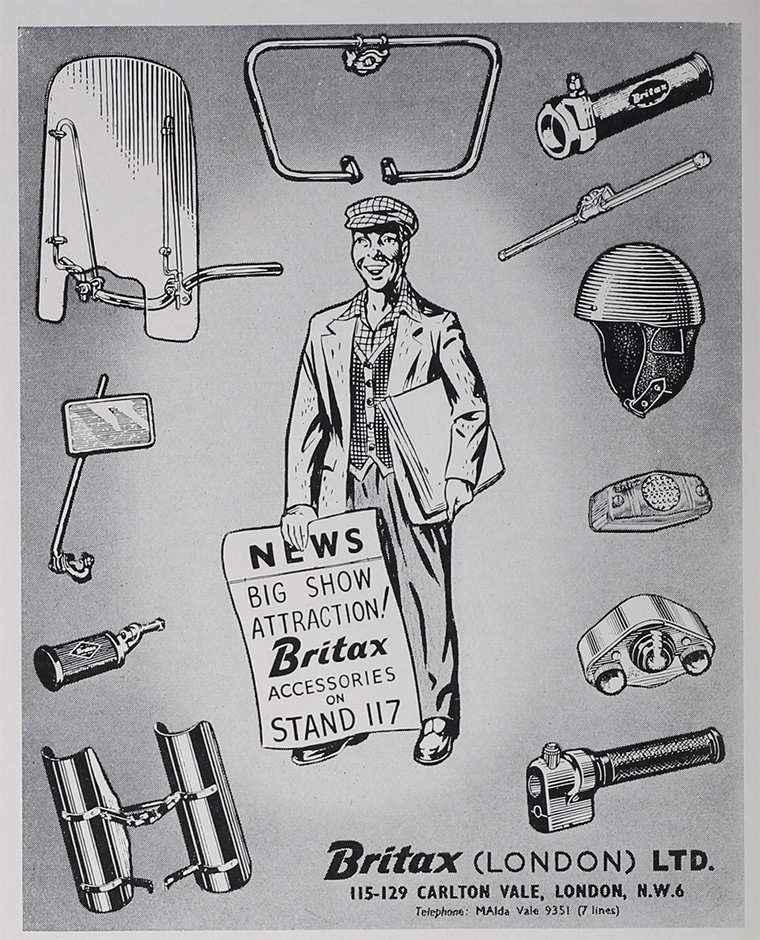 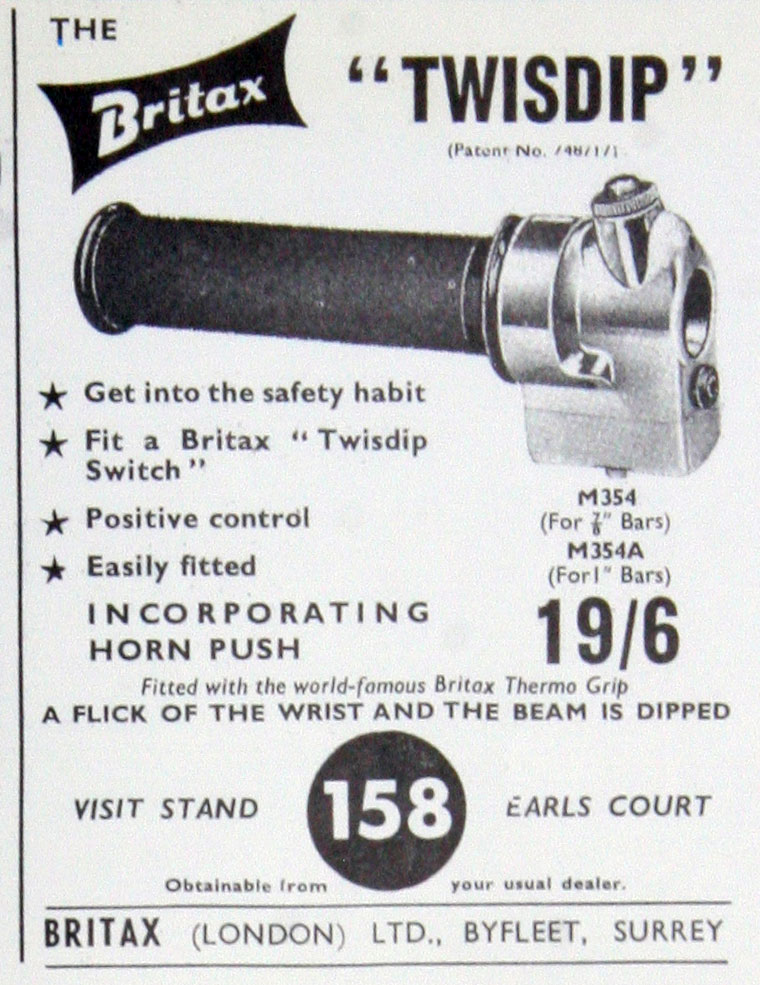 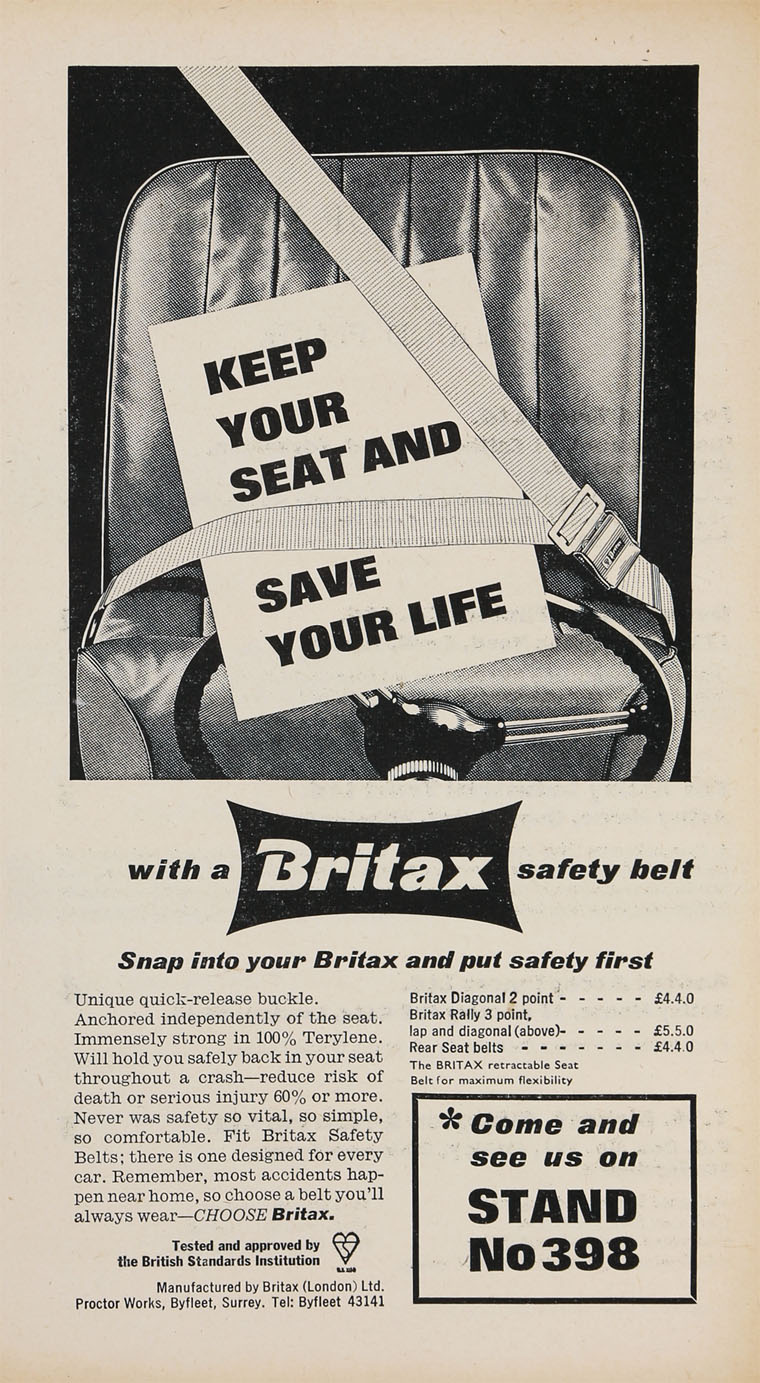 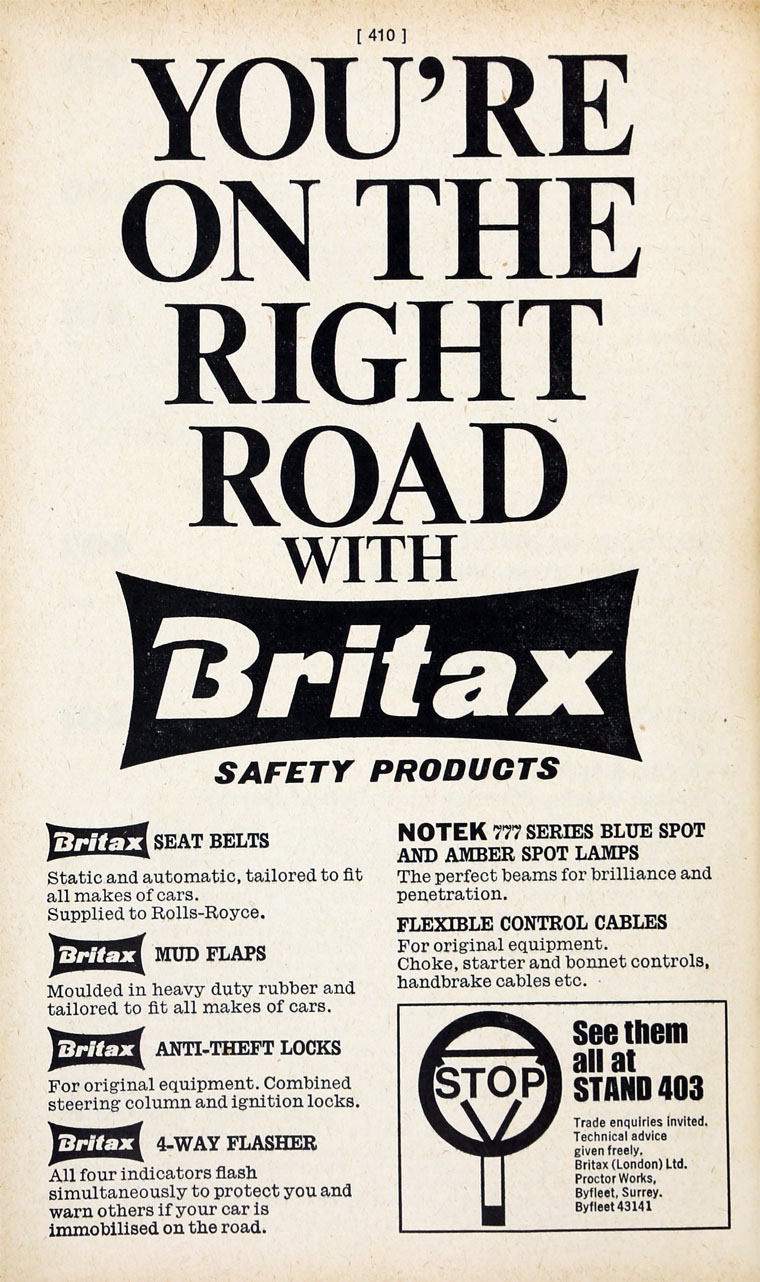 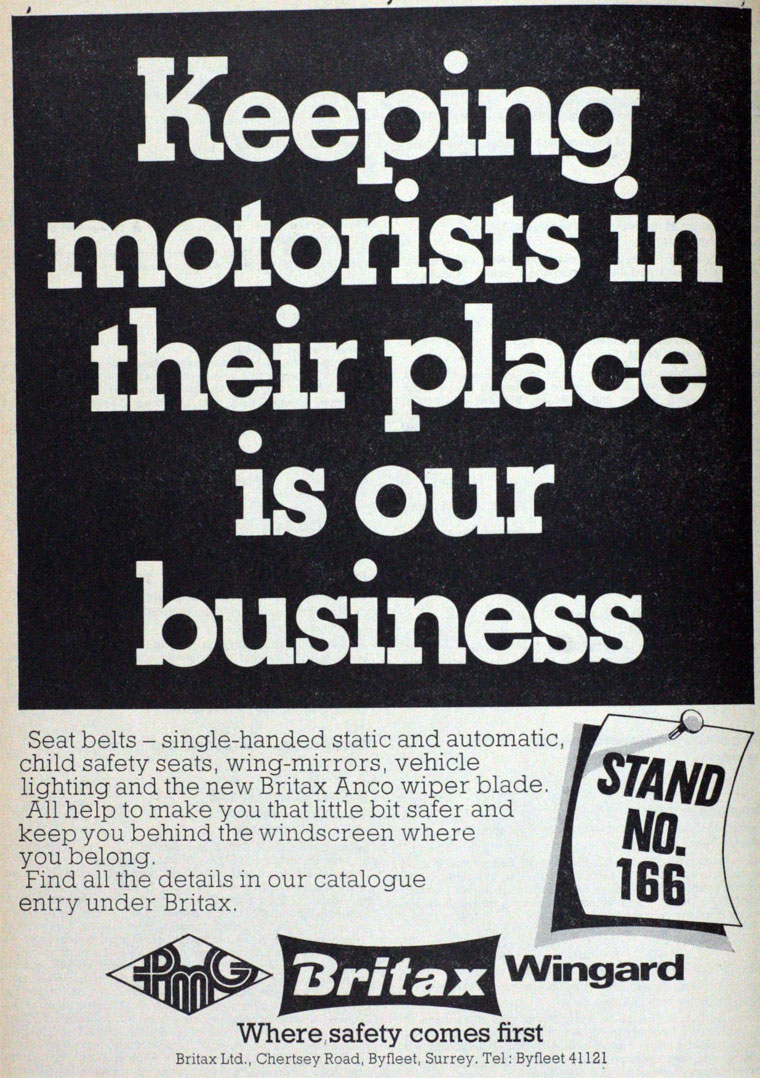 Britax (London) Ltd., a supplier of accessories for motorcycles and cars, of Maida Vale, London NW6

1956 Britax returned to the accessory business but took over the Cyclemaster line for a while.

1963 As part of a reorganisation the Britax safety belt business was injected into the Excelsior Motor Co; this led to a substantial turn-around in its commercial fortunes; the company's mechanism for safety belts had been accepted in Germany and Sweden[1]

1988 The Britax car seat belt business was sold to Electrolux, prompted by technical problems and the need for large investment facing the industry; would continue to make child safety seats[5]

1997 Owners, BSG International, changed its name to Britax International after disposing of its Bristol Street car dealerships in a management buyout[6] Britax acquired the Buderus Sell Group of Germanys, maker of aircraft interiors[7]

1998 Acquired Public Safety Equipment of USA, maker of sirens, "lightbars" and beacons for emergency vehicles, a field in which Britax already was a market leader in the UK, as well as in0car surveillance systems for police cars[8]

2000 Sold RVS, maker of wing mirrors, to Reitter and Shefenacker of Germany; the company would focus on aircraft interiors and child safety seats[10]

2001 Management buy-out to take the firm private[11]. The business was acquired by Royal Bank of Scotland