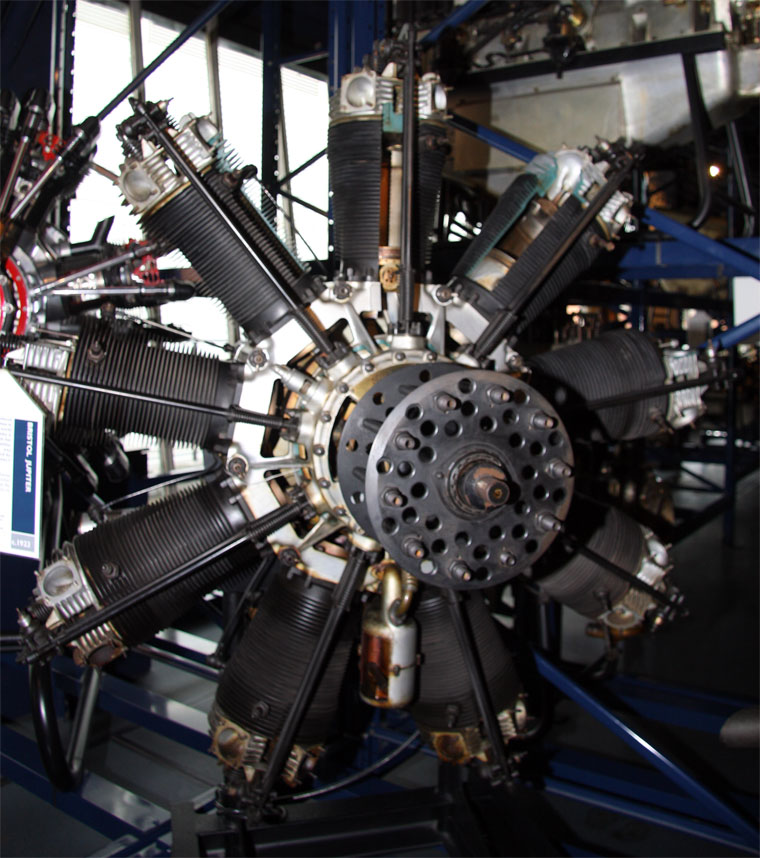 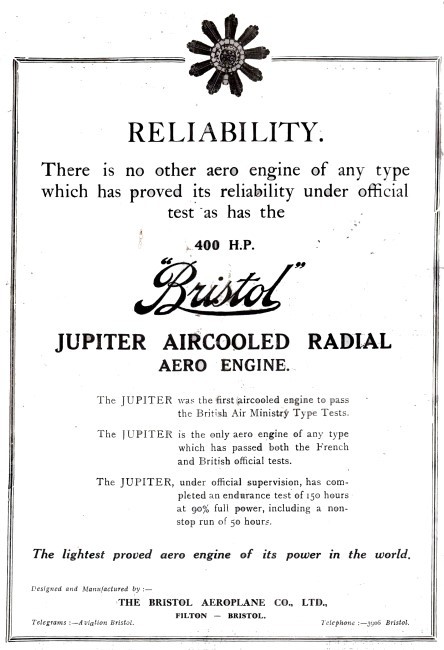 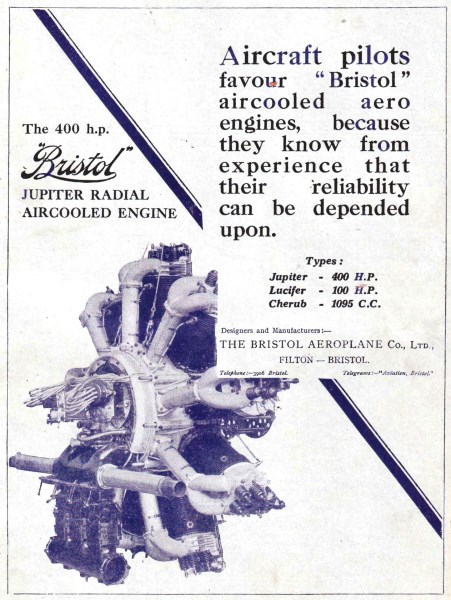 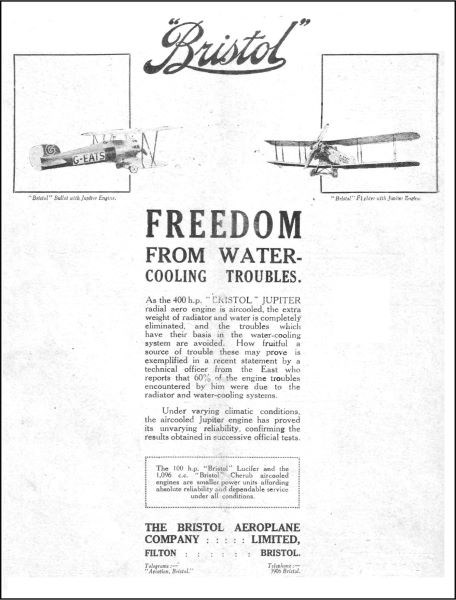 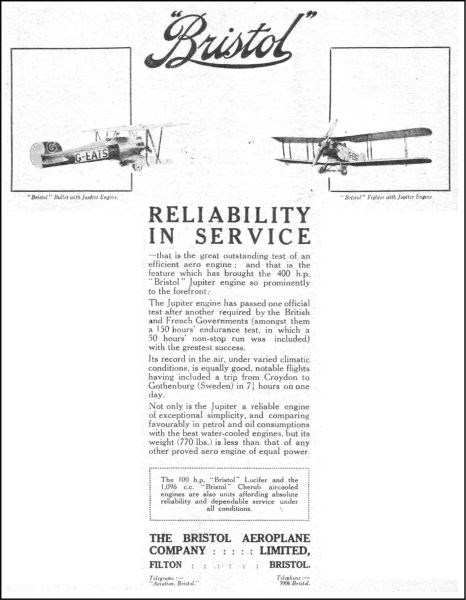 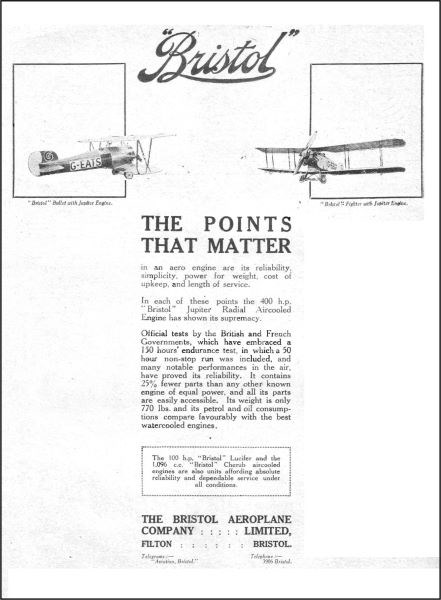 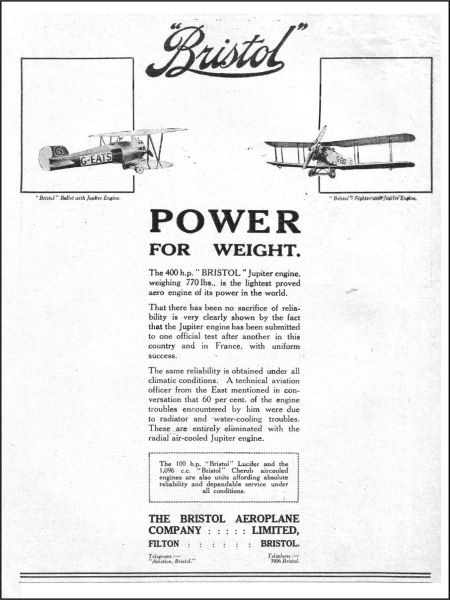 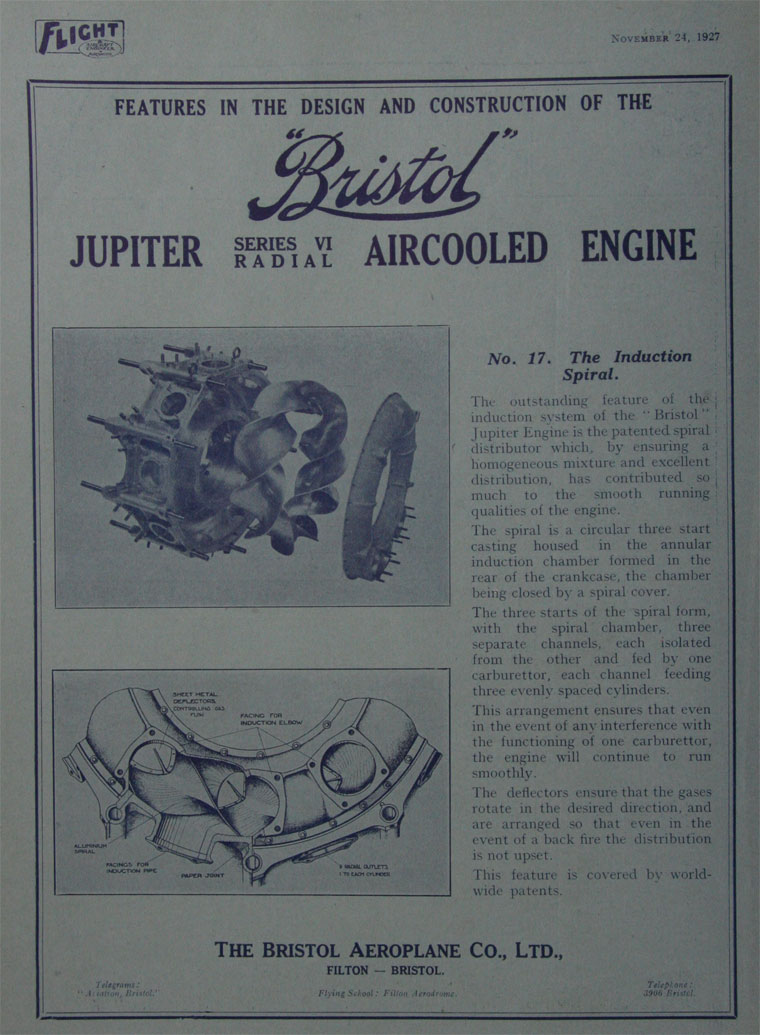 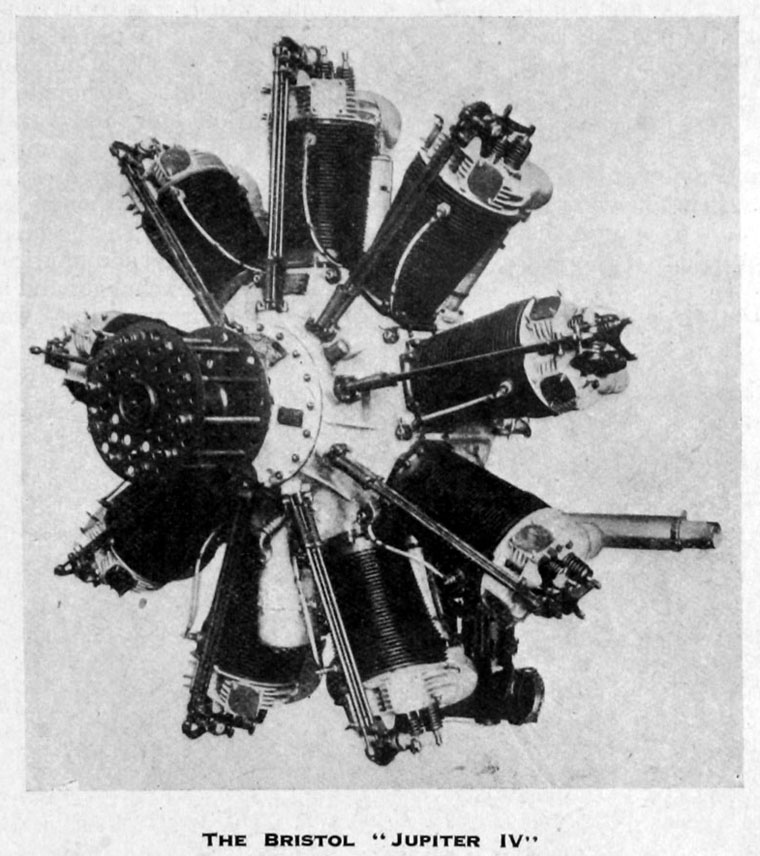 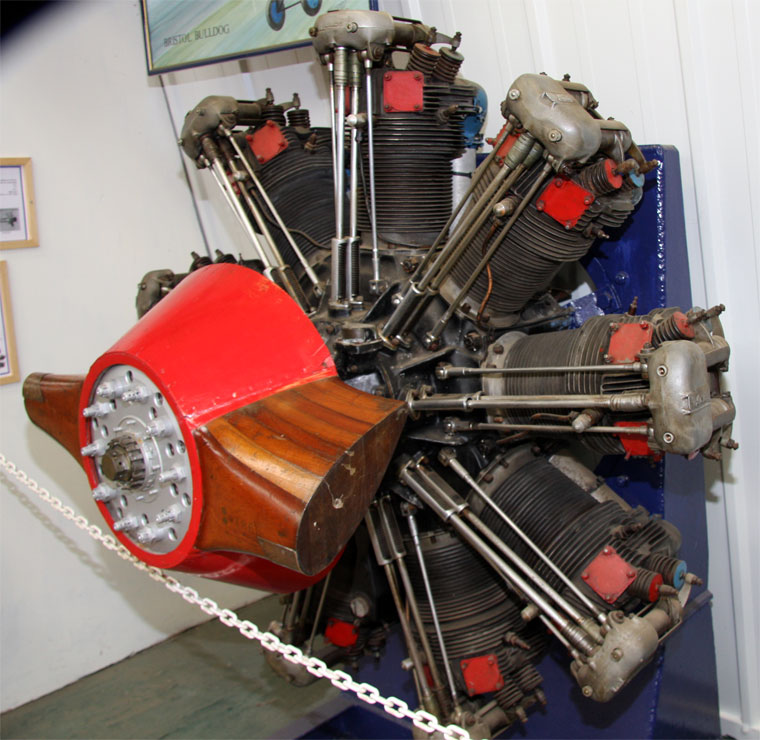 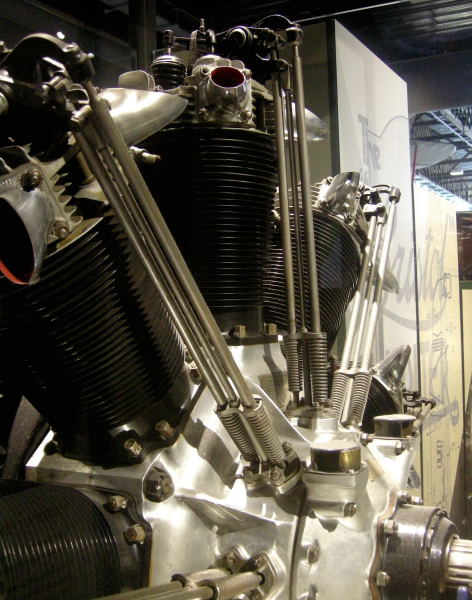 Note: This is a sub-section of Bristol Engine Co

The Bristol Jupiter was a British 9-cylinder one-row piston radial engine built by Bristol Aeroplane Co. Originally designed late in World War I, a lengthy series of upgrades and developments turned it into one of the finest engines of its era. It was widely used on many aircraft designs though the 1920s and 30s.

It was also built under licence in France (as the Gnome-Rhône Jupiter), Poland (as the PZL Bristol Jupiter), Italy (as the Alfa Romeo 126-RC35) and in the Soviet Union (as the M-22). Thousands of Jupiters of all versions were produced.

The Jupiter was designed during World War I by Roy Fedden of Cosmos Engineering. During the rapid downscaling of military spending after the war, Cosmos went bankrupt in 1920, and was eventually purchased by the Bristol Aeroplane Co on the strengths of the Jupiter design and the encouragement of the Air Ministry. The engine matured into one of the most reliable on the market. Production started in 1918 and ceased in 1930.

The Jupiter was fairly standard in design, but featured four valves per cylinder, which was uncommon at the time. The cylinders were machined from steel forgings, and the cast heads were later replaced with aluminium alloy following studies by the RAE. In 1927 a change was made to a forged head due to the rejection rate of the castings.

The Jupiter is best known for powering the Handley Page HP.42 Hannibal airliners, which flew the London-Paris route in the 1920s. Other civilian uses included the de Havilland Giant Moth and de Havilland Hercules, the Junkers G 31 (which would evolve into the famous Junkers Ju 52), and the huge Dornier Do X flying boat which used no less than twelve engines.

Military uses were less common, but included the parent company's Bristol Bulldog, as well as the Gloster Gamecock and Boulton Paul Aircraft Sidestrand. It was also found in prototypes around the world, from Japan to Sweden.

The Jupiter saw widespread use in licensed versions, with fourteen countries eventually producing the engine. In France the Gnome-Rhone company produced a version that was used in several local civilian designs, as well as achieving some export success. Siemens-Halske took out a licence in Germany and produced several versions of increasing power, eventually resulting in the Bramo 323 Fafnir, which saw use in wartime models. In Japan, the Jupiter was licence-built from 1924 by Nakajima, forming the basis of their own subsequent radial aero-engine design, the Kotobuki. The most produced version was in the Soviet Union, where their M-22 version powered the famous Polikarpov I-16, which was built in the thousands.