Hercules 100. Exhibit at the National Museum of Flight. 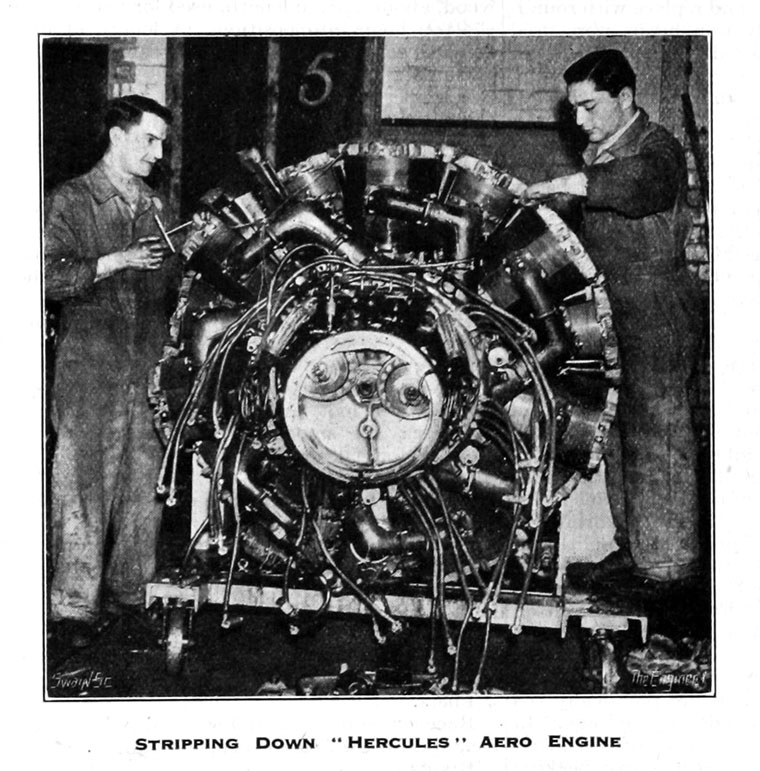 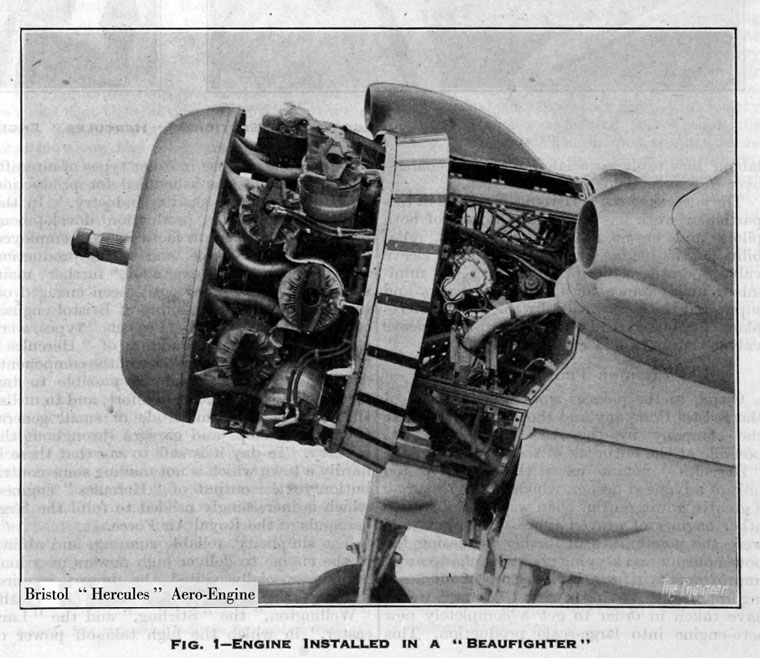 1943. "Hercules" Aero-Engine installed in a Beaufighter. 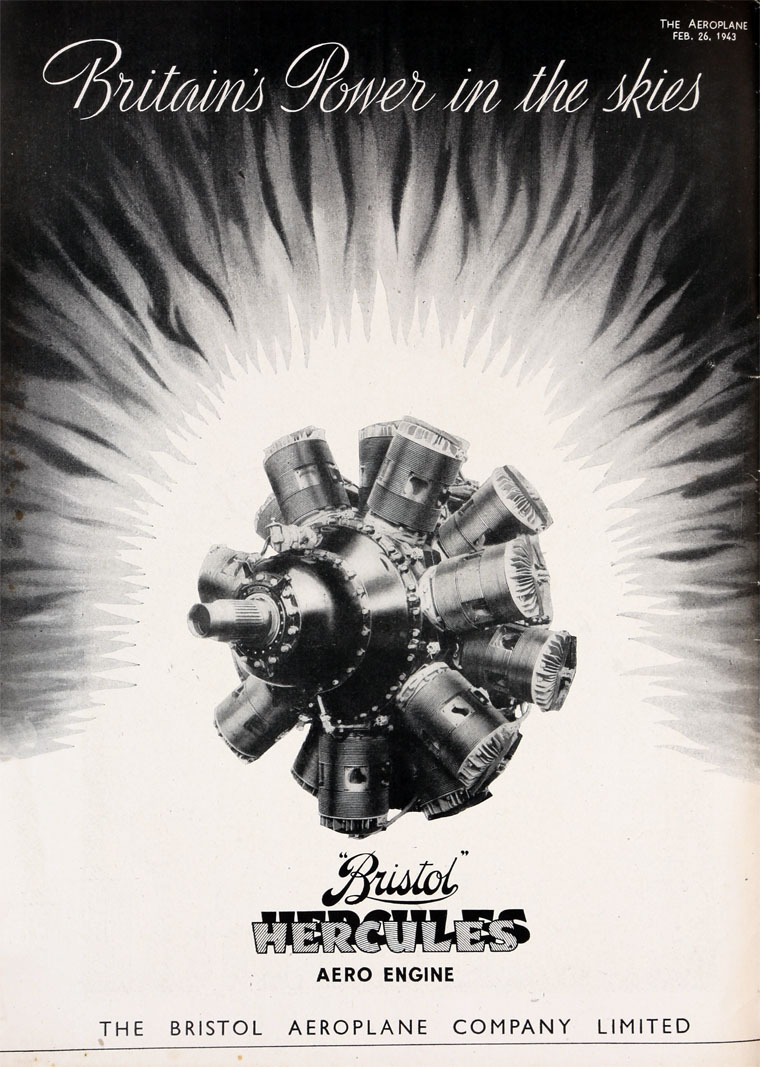 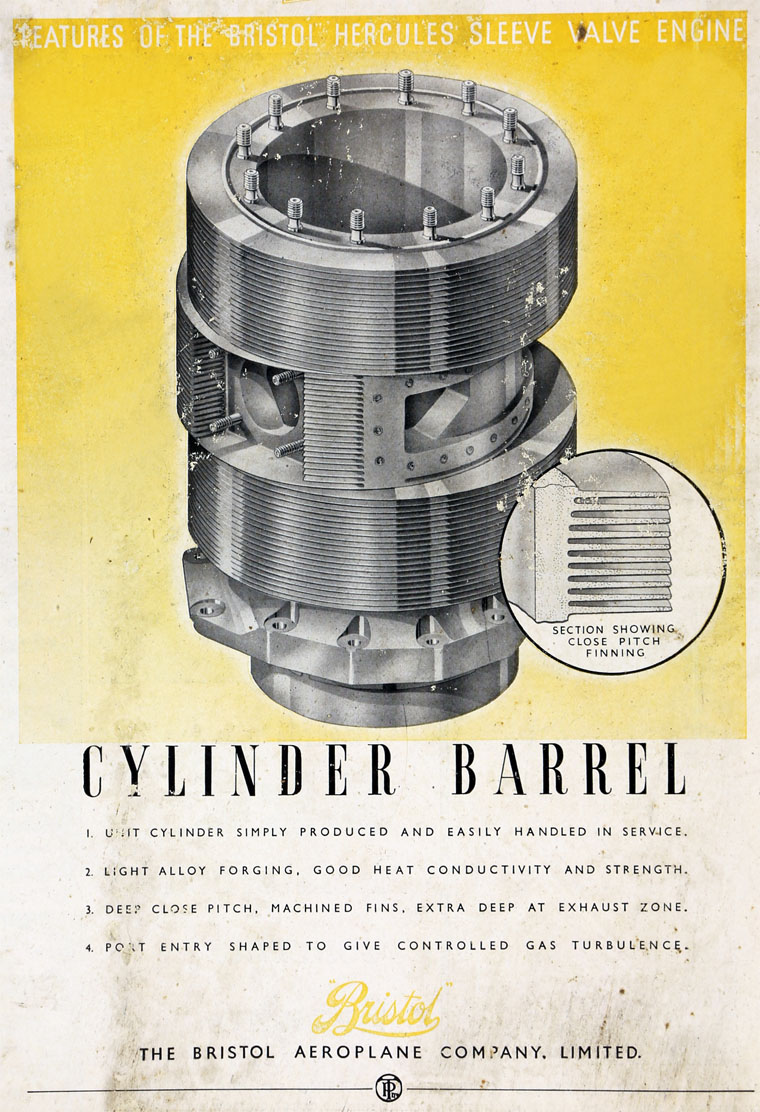 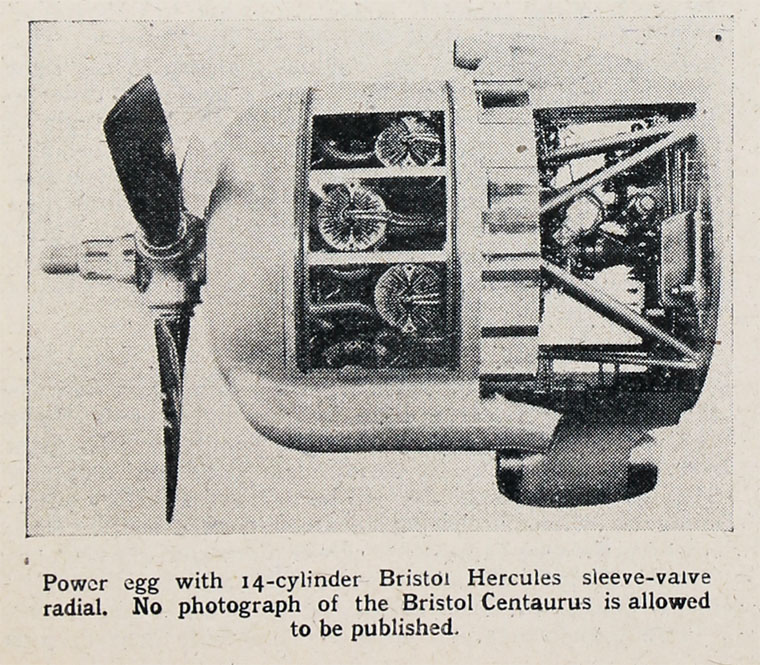 Note: This is a sub-section of Bristol Engine Co.

The Bristol Hercules was a 14-cylinder two-row radial aircraft engine designed by Sir Roy Fedden and produced by the Bristol Engine Co from 1939. It was the first of their sleeve valve designs to see widespread use, powering many aircraft in mid-World War II.

The rationale behind the sleeve-valve design was to provide optimum intake and exhaust gas flow in a two-row radial engine, improving its volumetric efficiency. The arrangement of the cylinders in two-row radials made it very difficult to utilize four valves per cylinder and all non-sleeve valve two- and four-row radials were limited to two valves.

Bristol had introduced their first sleeve valve designs in the 750 horsepower (560 kW) class Perseus and the 500 hp (370 kW) class Aquila, which they intended to supply throughout the 1930s. Aircraft development in the era was so rapid that both engines quickly ended up at the low-power end of the military market, and in order to deliver larger engines Bristol developed 14-cylinder versions of both. The Perseus evolved into the Hercules, and the Aquila into the Taurus.

The Hercules powered a number of aircraft including Bristol's own Beaufighter heavy fighter design although it was more commonly used on bombers. The Hercules also saw use in civilian designs. The design was also licensed for production in France by SNECMA. It was considered to be one of the most reliable aircraft engines of the era, and was well liked by both pilots and mechanics.

A total of over 57,400 Hercules engines were built.