Grace's Guide is the leading source of historical information on industry and manufacturing in Britain. This web publication contains 145,010 pages of information and 230,630 images on early companies, their products and the people who designed and built them. 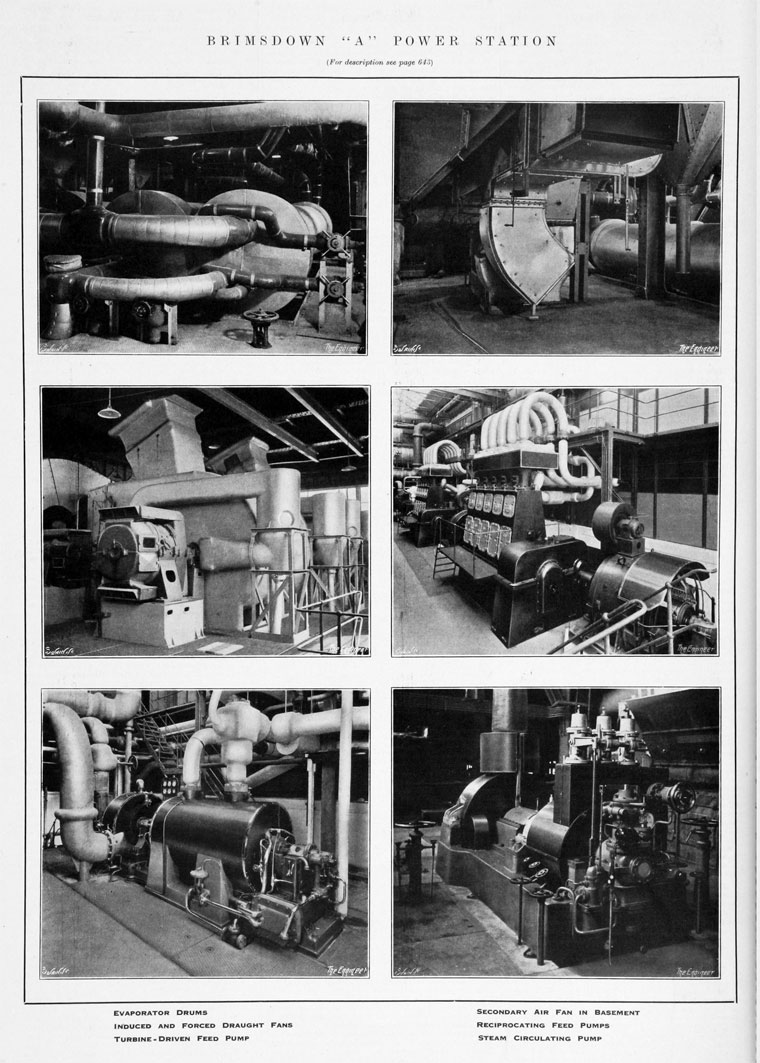 1907 officially opened. The station was used primarily to supply the local tramways. Coal was supplied by barge or by rail.

Between 1924 and 1955, extensions of the station were constructed, supplying power to the wider area of Enfield and parts of Essex.

1938 Commissioning in December of pioneer high pressure plant at Brimsdown "A" operating at steam conditions of 1,900 lb/sq. in. and 930°F on a reheat cycle. At the time this was the highest steam pressure adopted in the UK for turbines.

The two boilers were of the Loeffler forced-circulation type, capacity 210,000 lb/h continuous maximum rating.[2]. This was the only known British example of the Loeffler boiler system, which addressed a number of metallurgical and feedwater quality problems.