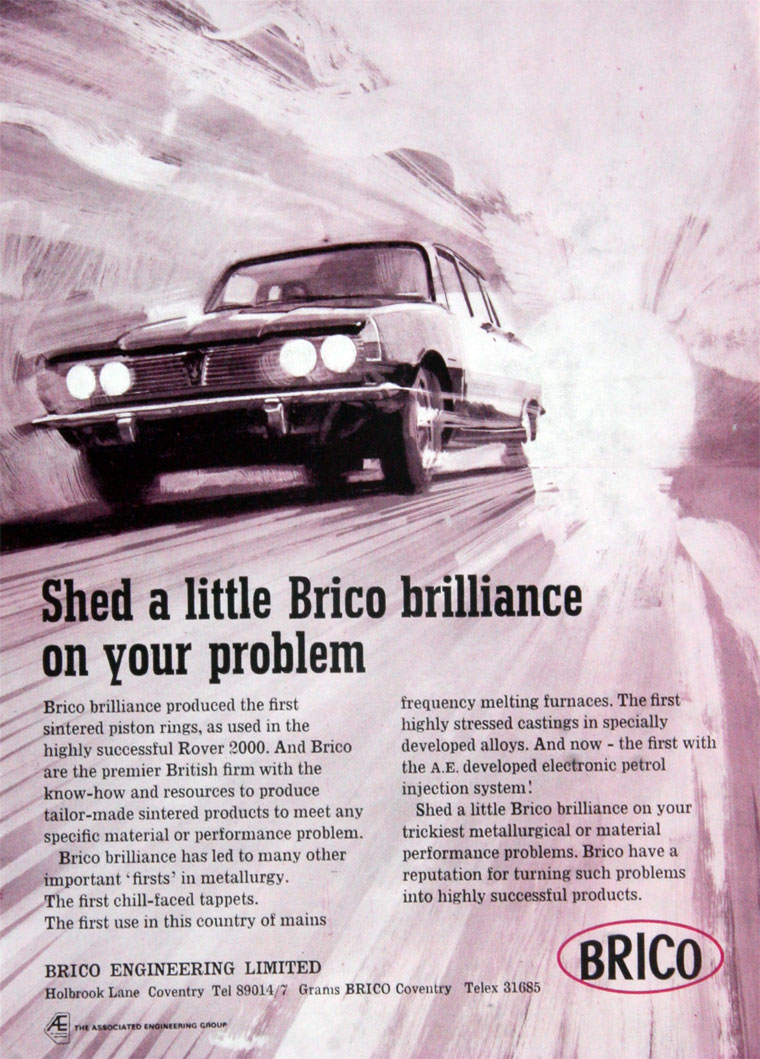 1966 Changed name from British Piston Ring Co because piston rings were no longer the principal product of the company; part of the Associated Engineering Group[1]

1974 Mr. T. P. Blundell was appointed a director of Brico Engineering, a member of the Associated Engineering Group.[4]